Check it out, I took a bunch of pictures of my forest bicycle! It’s a Singular Swift from the very first batch in 2007. Sam Alison is the star behind the one man show at Singular, and he designs some bloody fine steel (and sometimes titanium) bikes. First time I laid my eyes on a Singular was during a google search for “monstercross” back when that was the buzzword, where I stumbled upon a picture of the legendary Peregrine fitted with some big old 29er knobbies and drop bars. The company was a big inspiration for me both due to the fact that Sam was doing everything himself, but of course also because his style of bike design really spoke to me.

When this frame popped up on the local classifieds for peanuts, I was lucky enough to scoop it before anyone blinked. The elegant thin tubing, clean lines, and the so called liveliness of such a frame where the things that pulled me in. Since it’s one of the first frames, it’s got pretty narrow tire clearance in the rear, that good ol’ short and steep geometry, and no braze ons for derailleur housing (because singlespeed)! The newer models of the swift have since gotten longer and lower geo, true 27.5+ compatibility and a few other changes. I could do with more room for rubber, but i love how #nippy my version feels!

I’ve set mine up with 29×2.4″ conti tires, X King in the rear for fast rollz, and Mountain King in the front for that extra bite. The cranks are KCNC made for a double ring setup with that super duper 94mm 5 arm BCD… Im running a 28t Wolf Tooth chainring (because no one else makes a NW in that bcd), 9 speed sram bits, with a max cassette capacity of 34t! Its actually plenty of spin for even the steepest of climbs (at least in Denmark). Forks are Salsa Firestarter, with some mounts for anything cages, increased tire clearance, and the dropouts in a better orientation than the original fork. Some other details are the plastic pedals with metal pins from Superstar Components, and the cheap Deuter framebag for tools and a spare tube. The motorcycle bars are my favourites, coming in at a silly 830mm wide, with a wack amount of rise and a lovely amount of sweep. The sweep is just enough to keep your wrists happy on longer rides, while not being to sweepy that it lacks control. I bought them at an autoparts chain called Biltema, but since motorcycle clamp standard is 26.8, I had to find a shim to get it up to 31.8. Oh yea, and the brakes are covered in corrosion, but they were free.

But! Since these pictures, iv’e actually mounted what you’d call a borderline 27.5+ setup. It’s the Love Mud Rumpus wheelset, with a 2.8 rocket ron in front, and the boarderline plus size of 2.6″ in the back. However the 45mm internal width of the rims allows you to run outrageously low tire pressure, which completely swallows up roots, rock gardens, and increases grip by at least 11. Im absolutely in love with it. So much so, that i’d almost say that my old 29″ setup actually kinda sucked..

I guess all the industry banter about plus tires was legit. The hype is real!

But to be fair, I think the biggest factor is the wide rims which allow you to run lower pressure without getting squirmy and pinchflatty. So maybe a wide 29er rim and 2.35″ tires wouldn’t be too bad either! 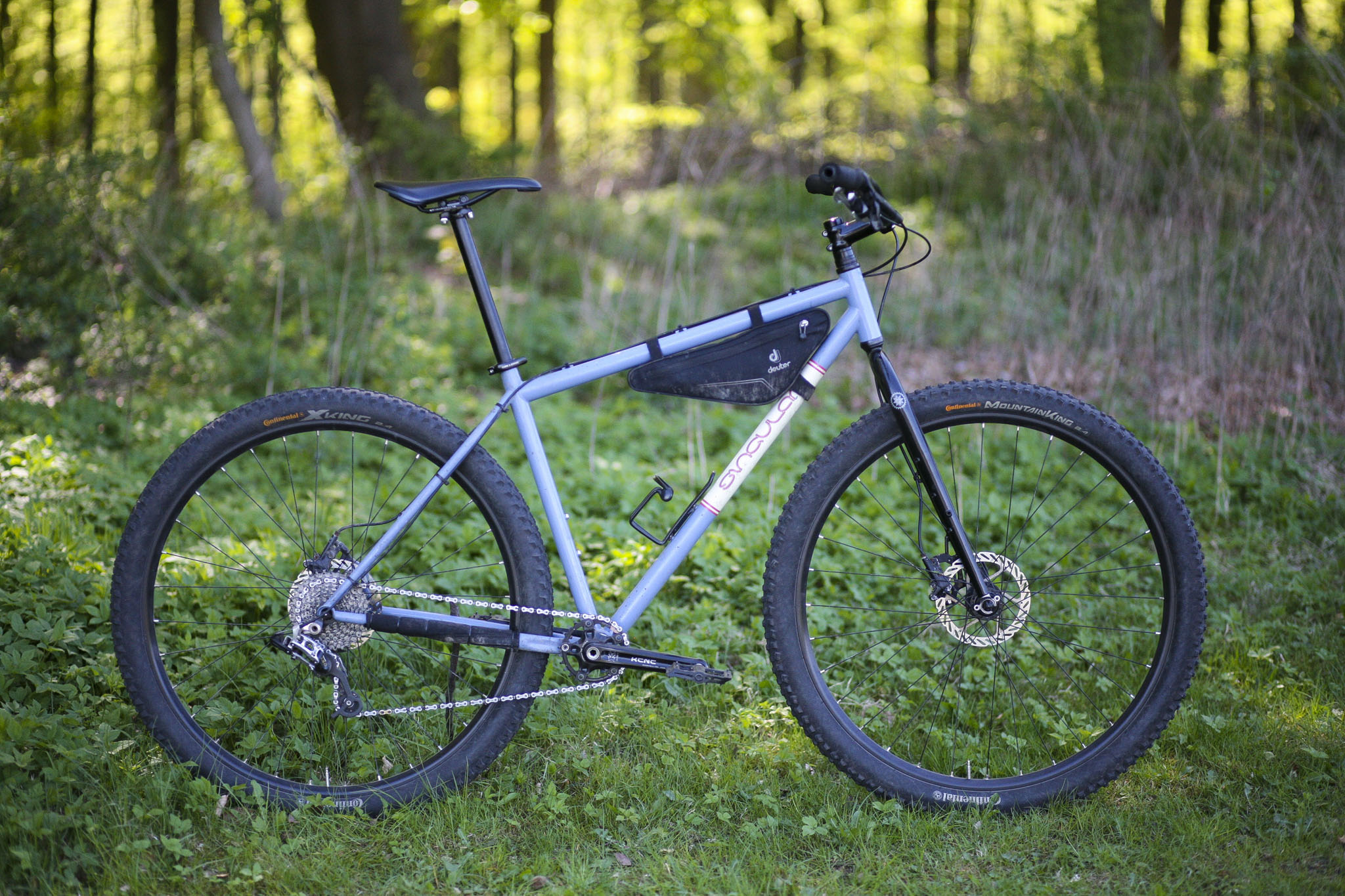 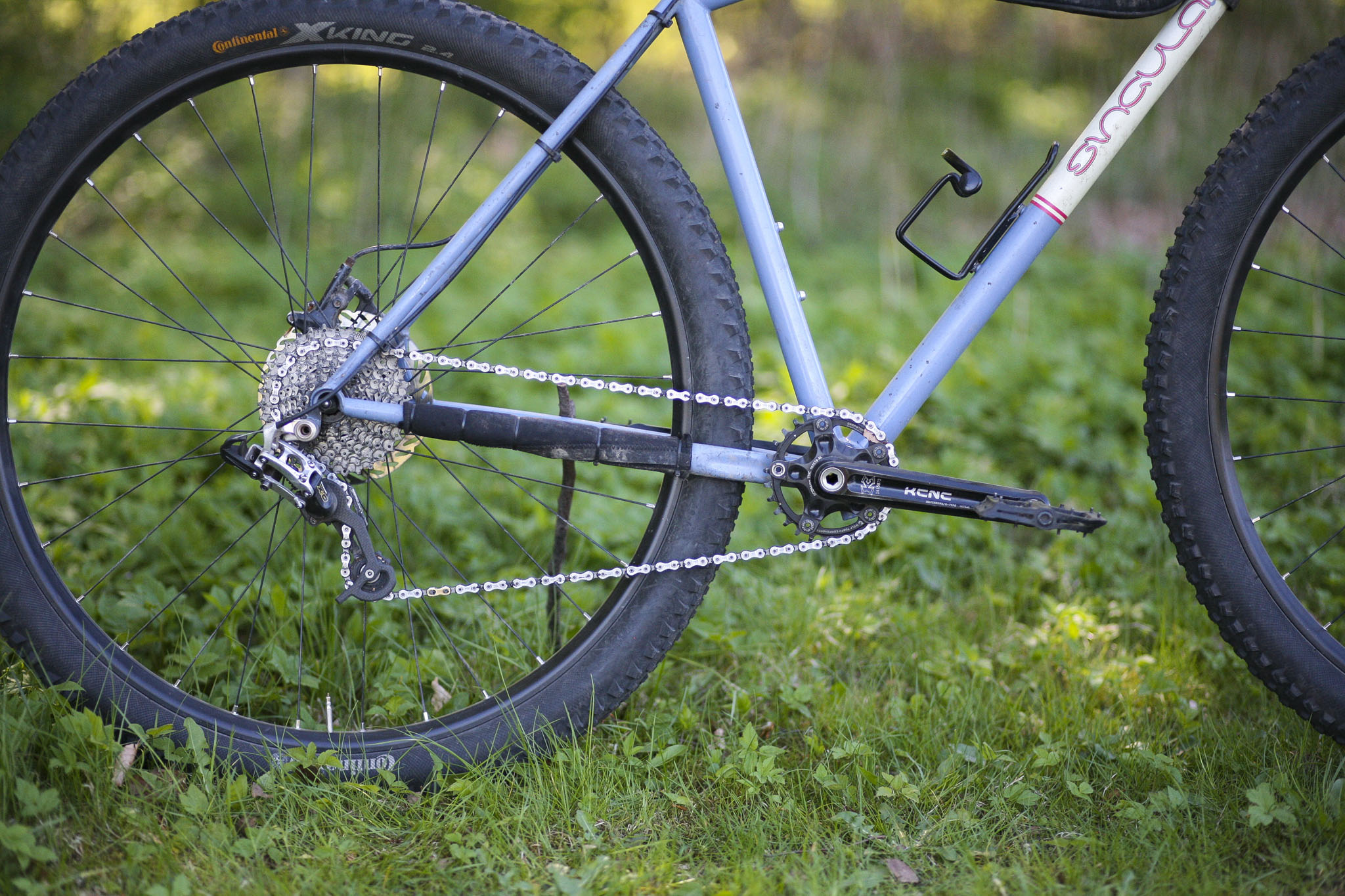 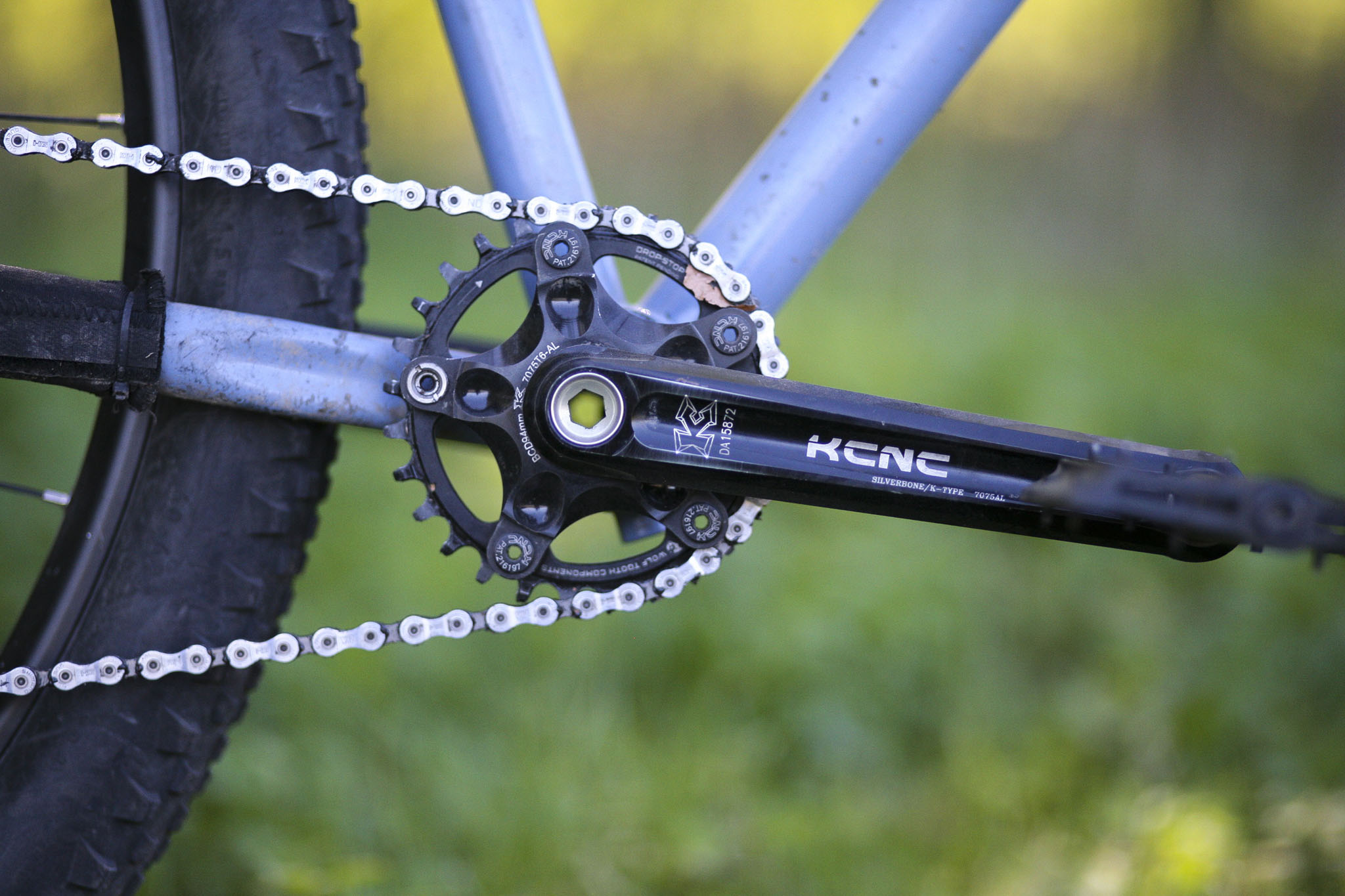 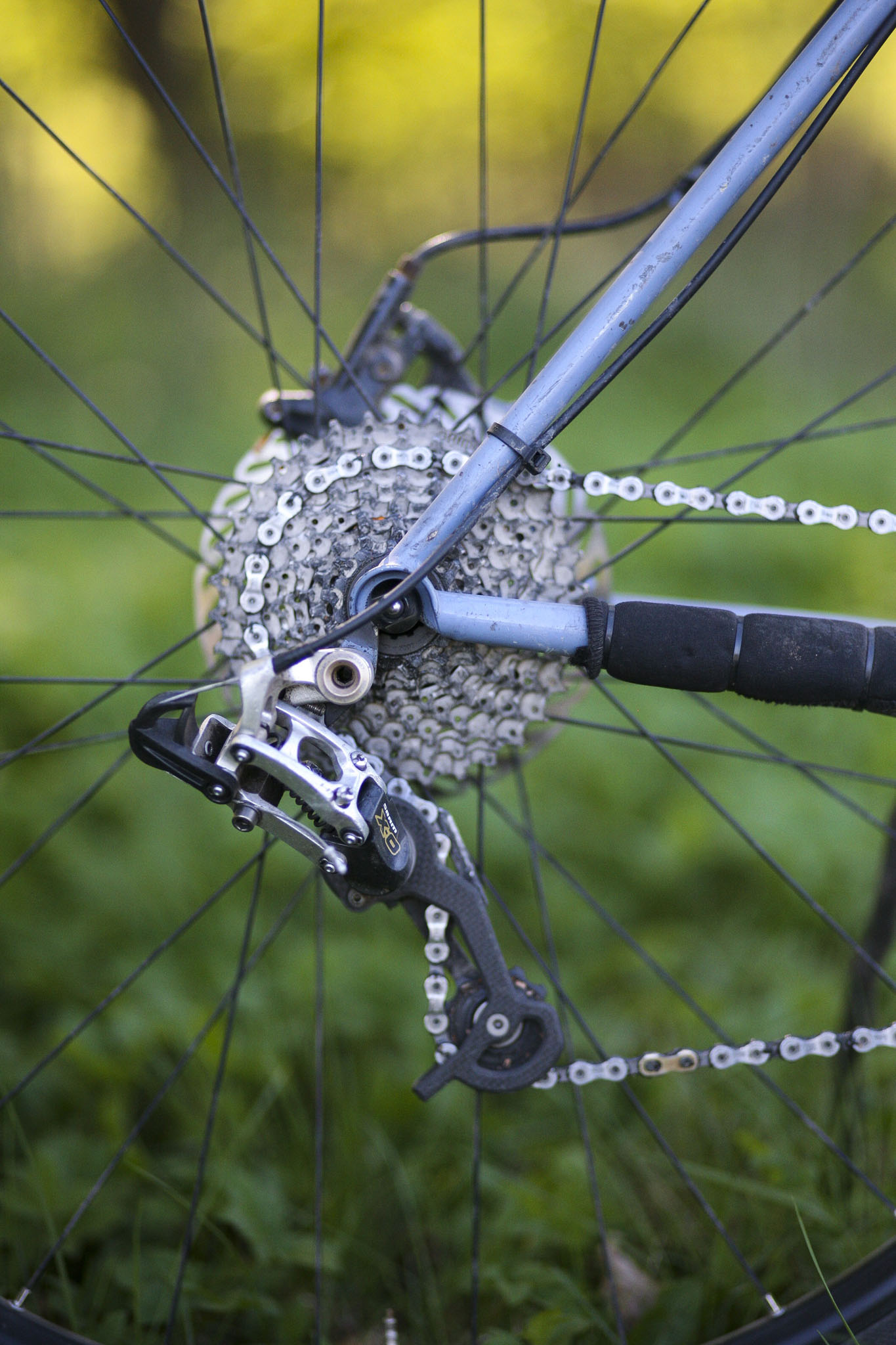 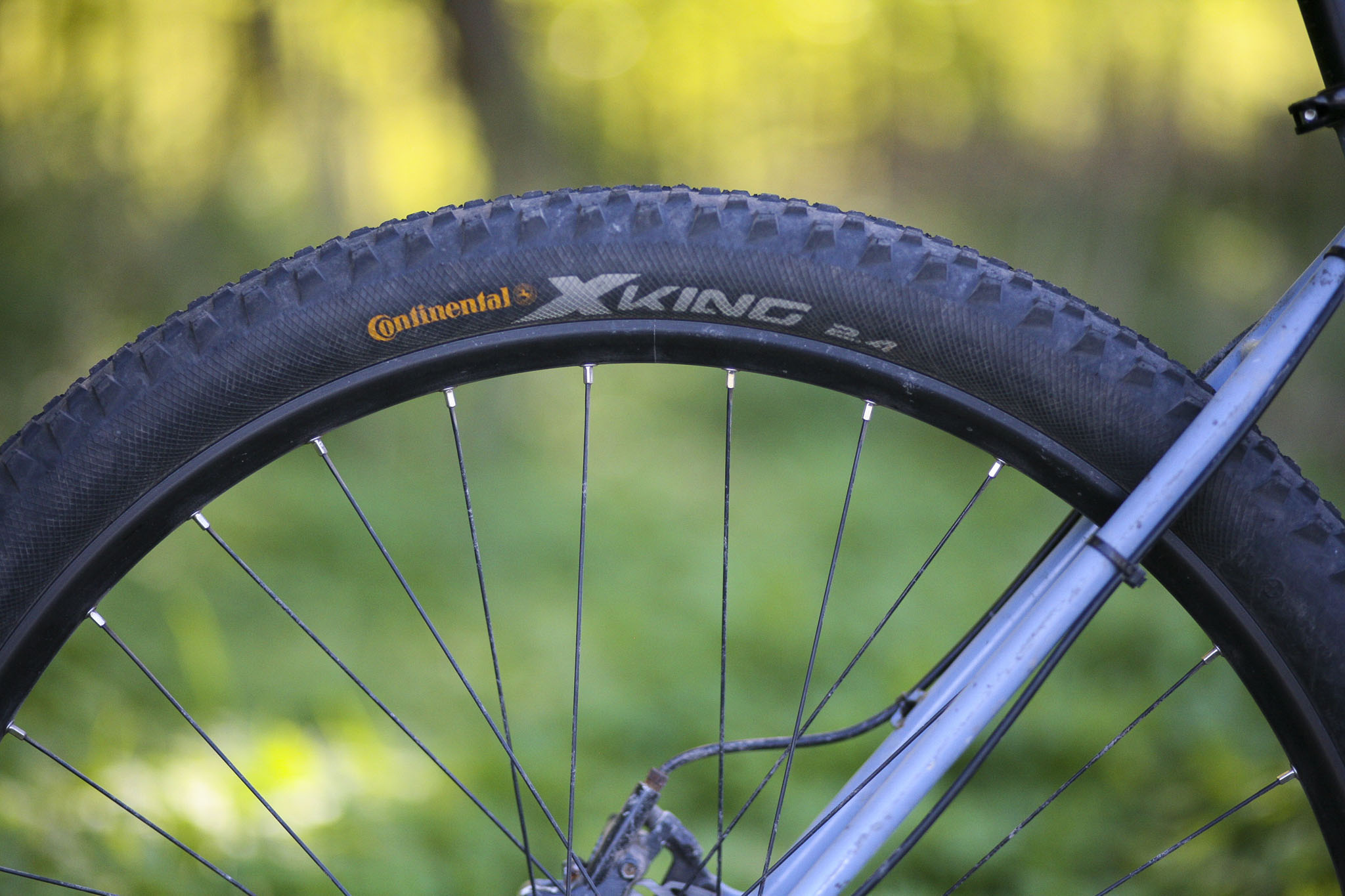 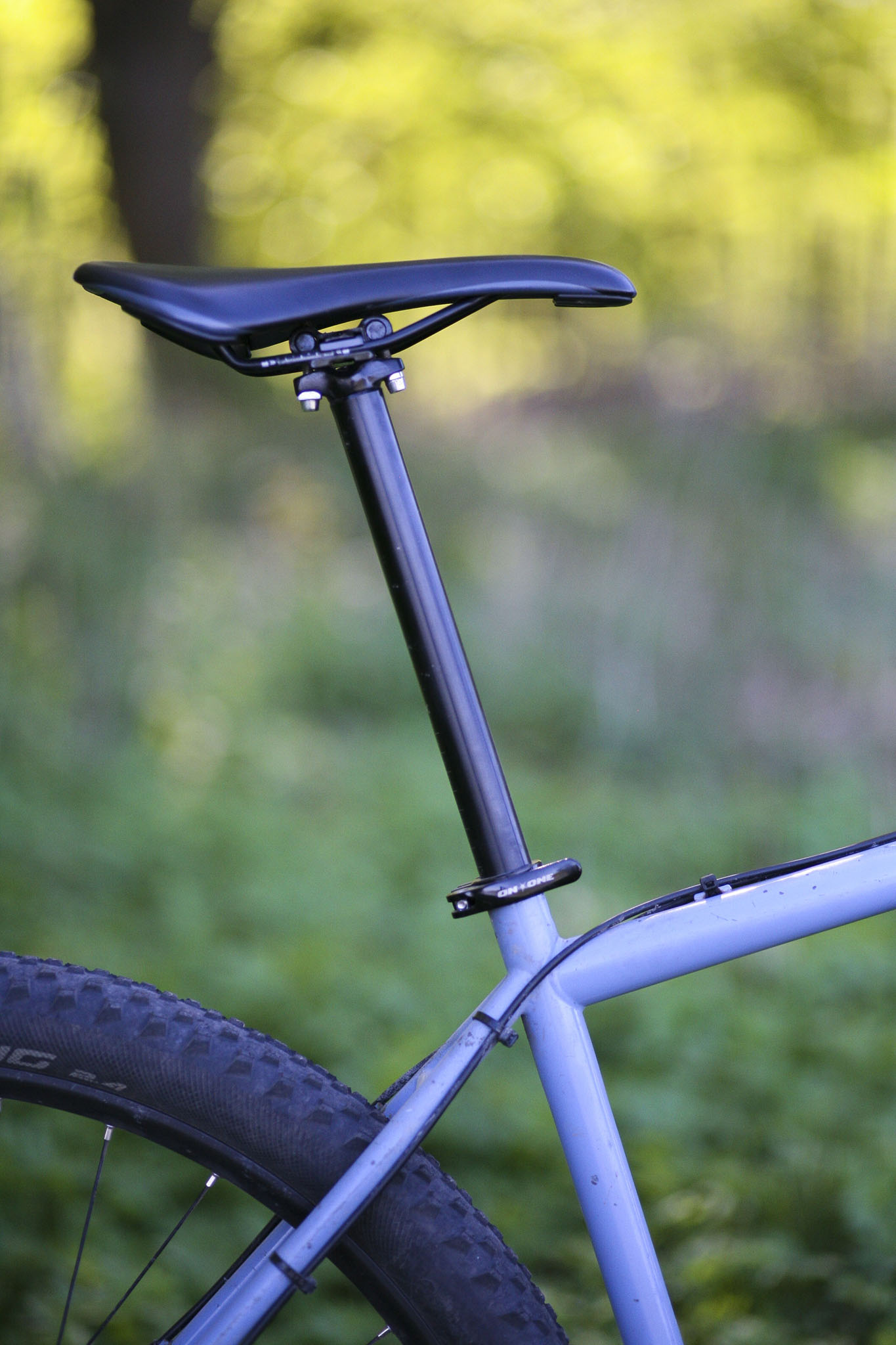 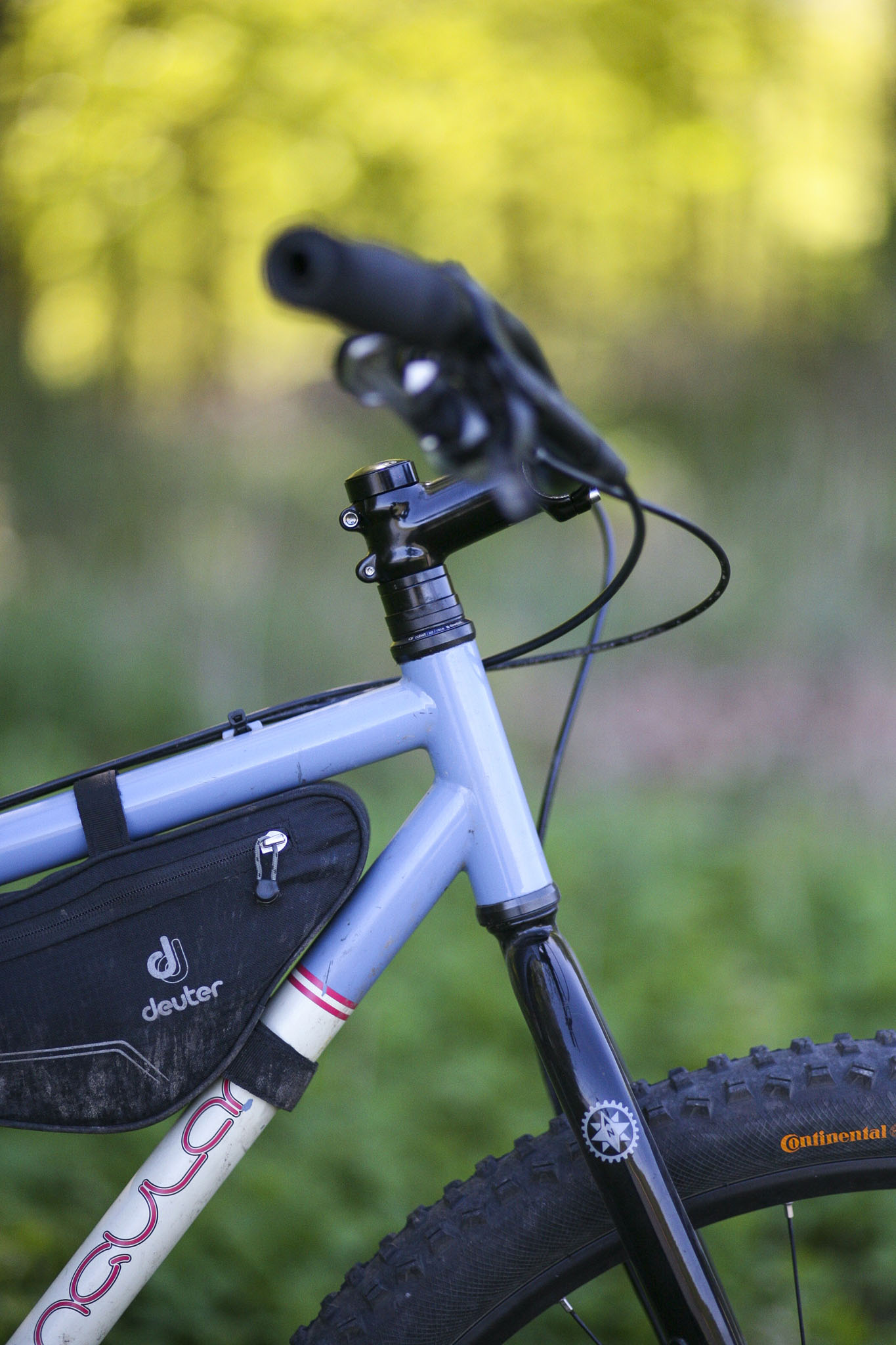 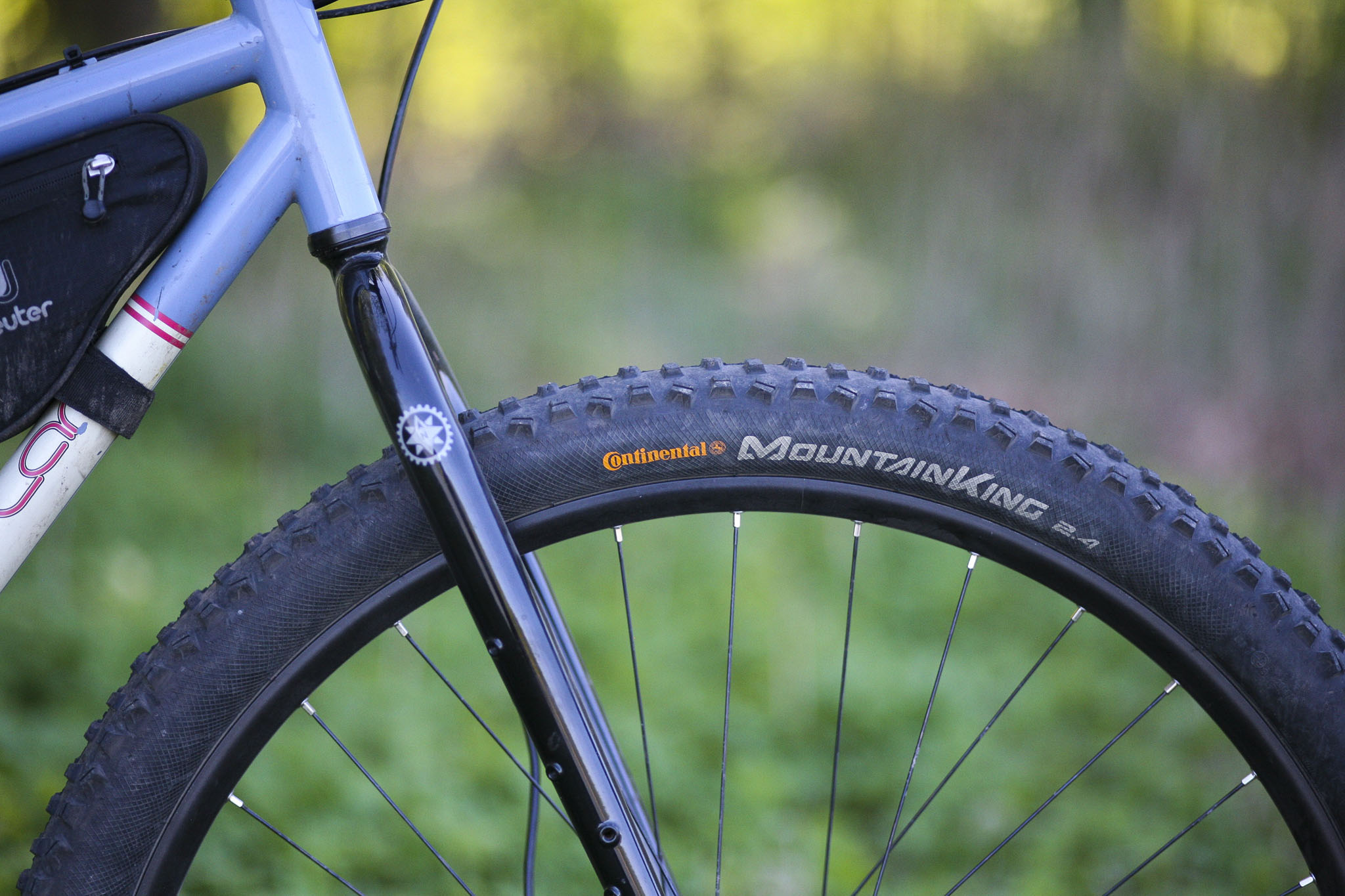 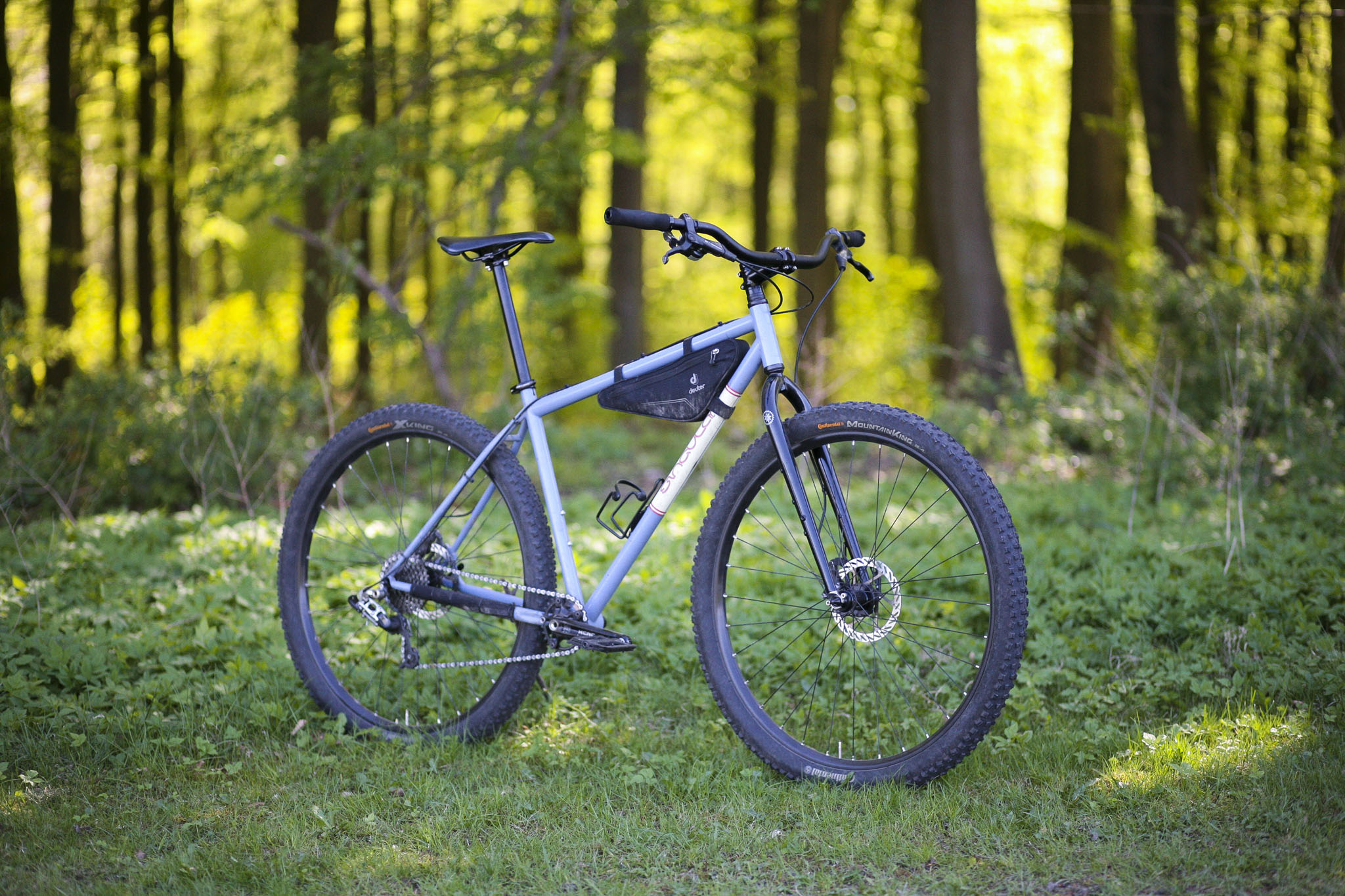 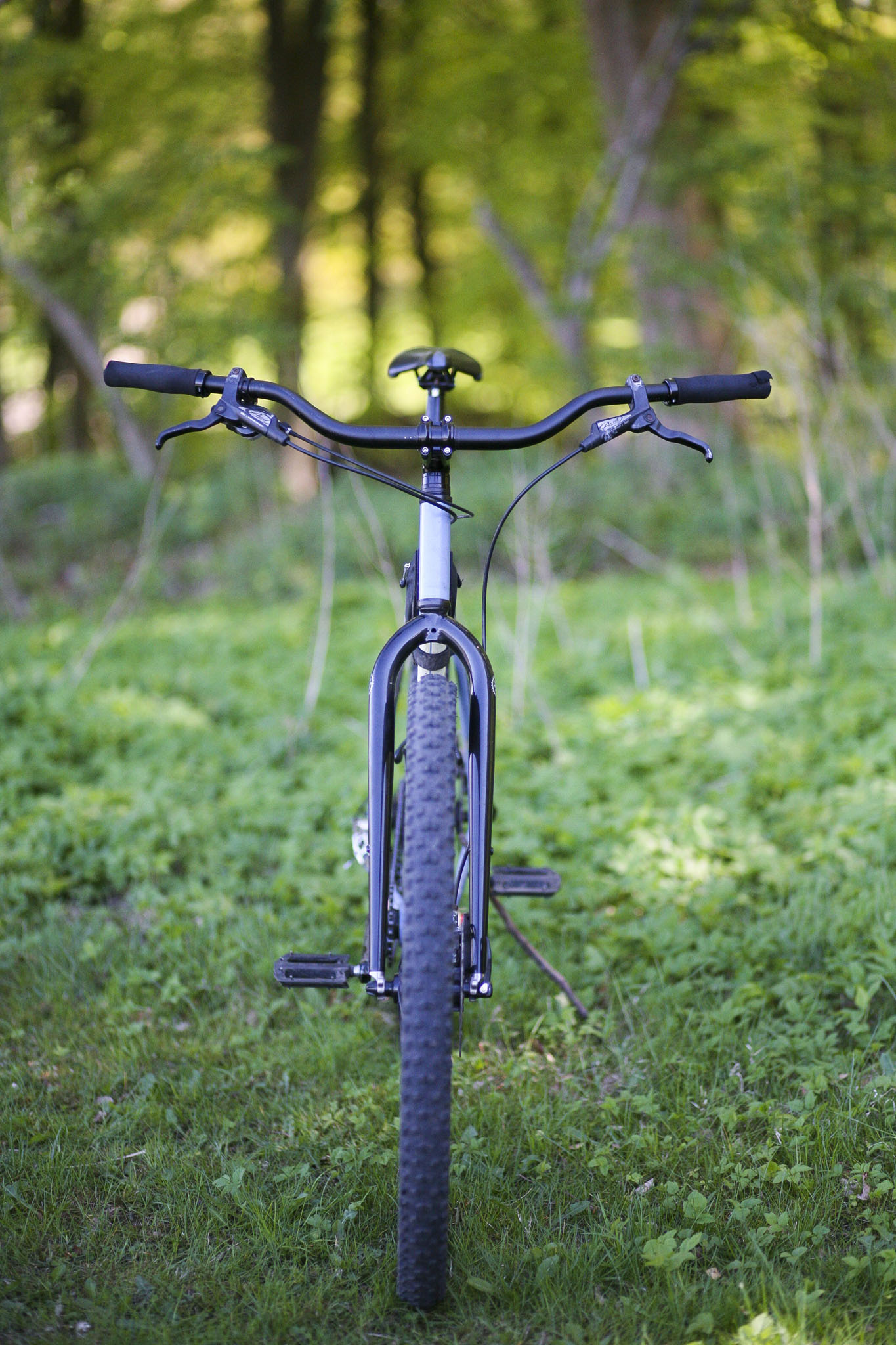 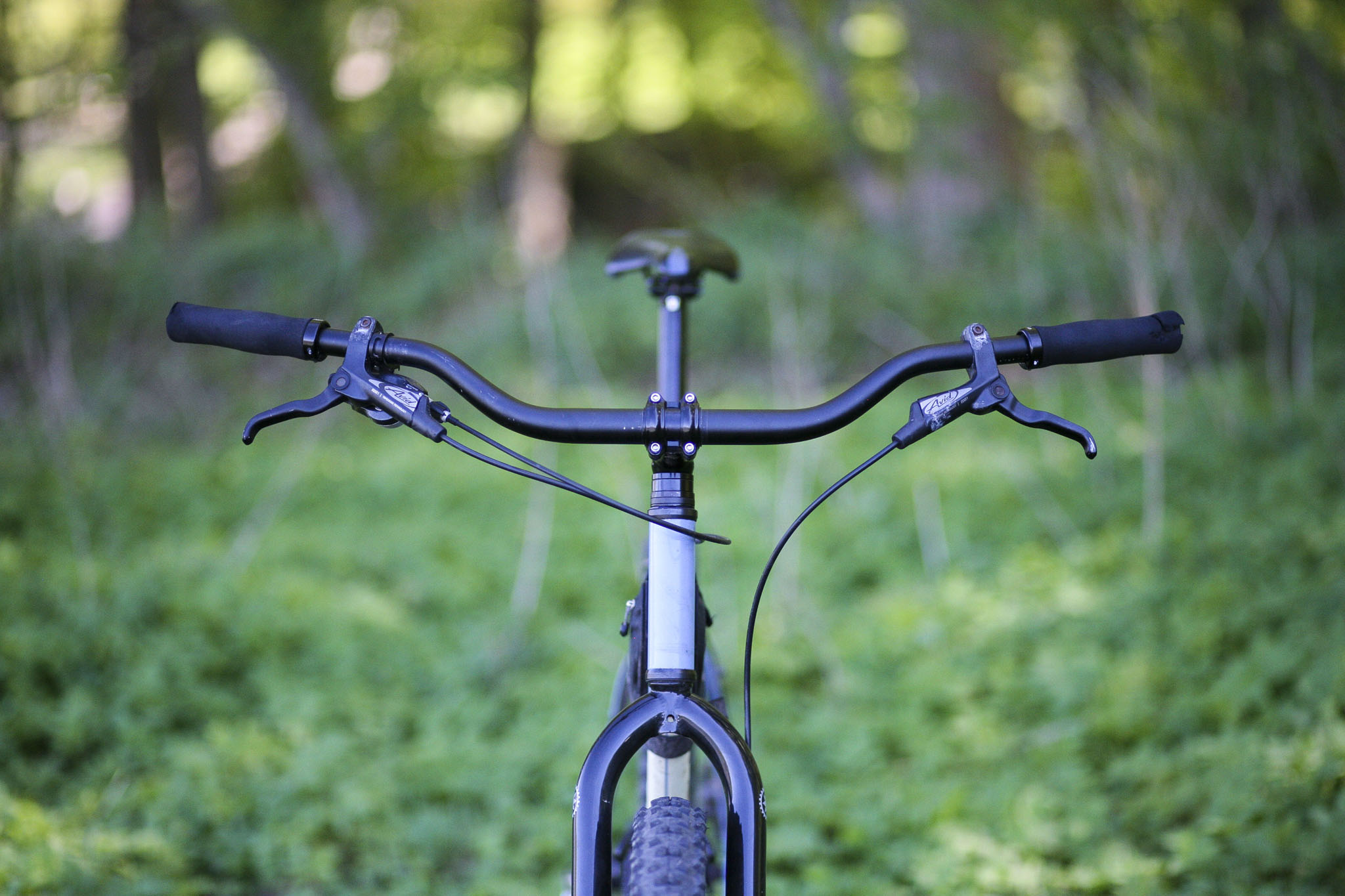 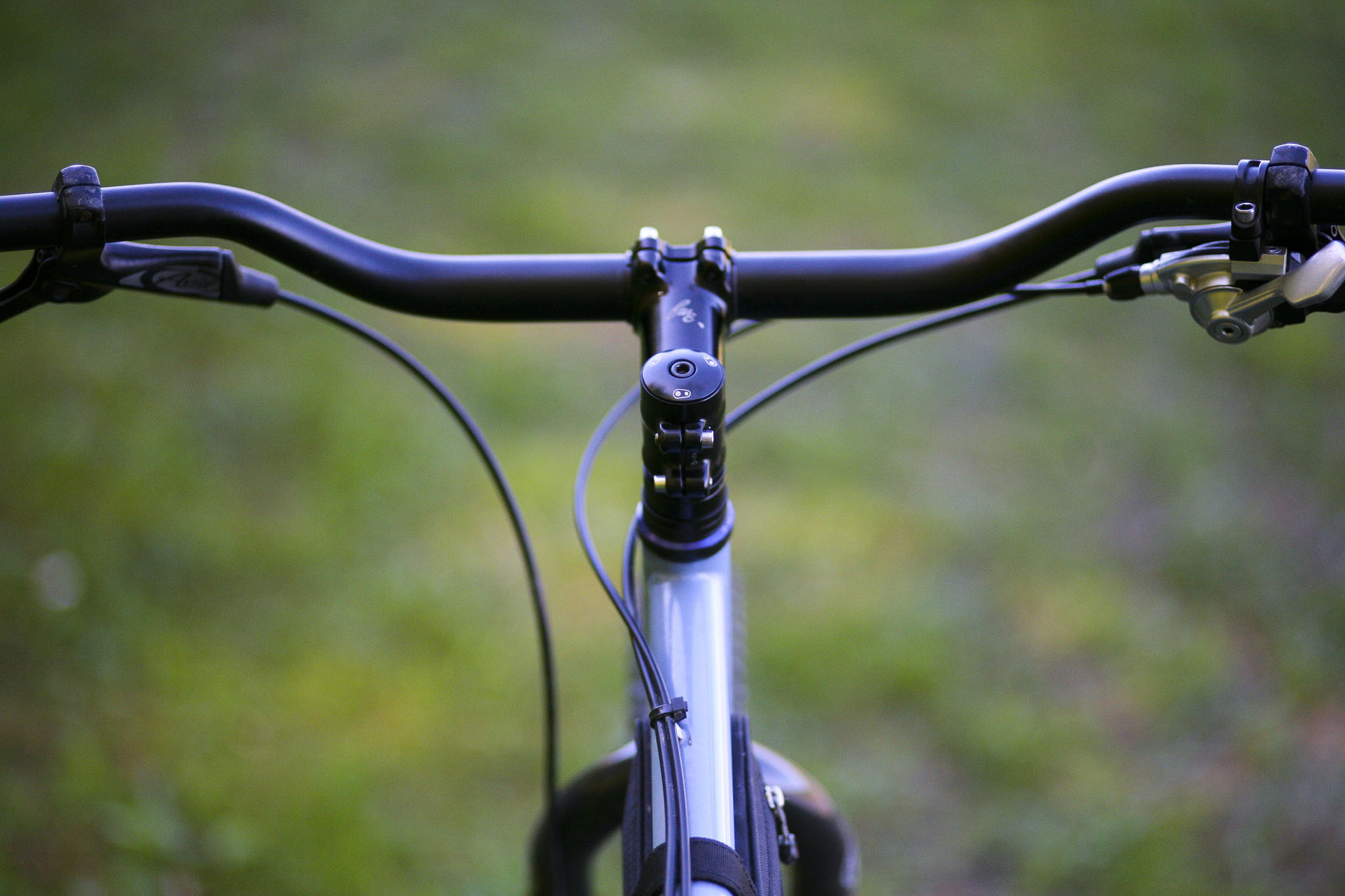 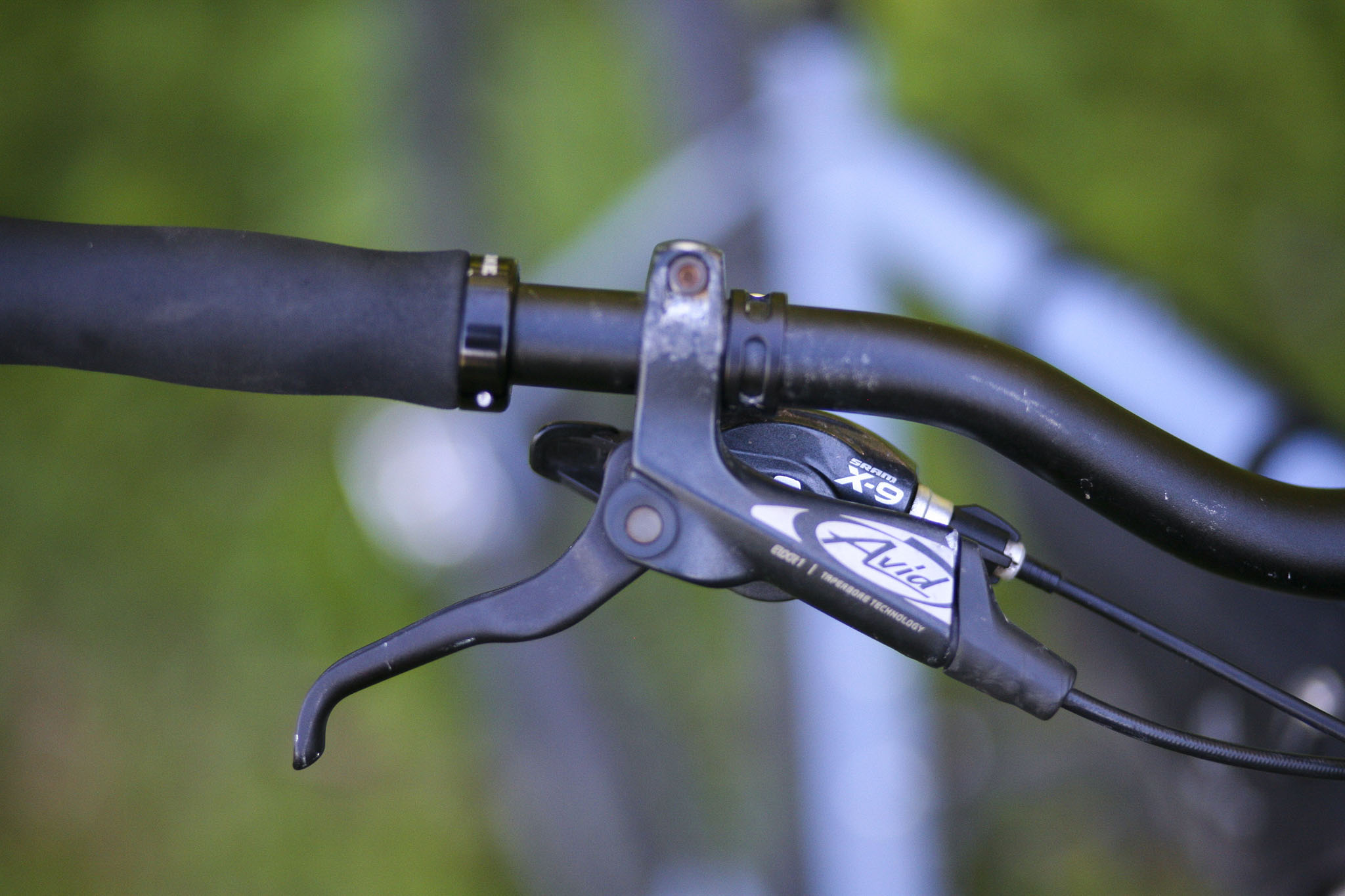 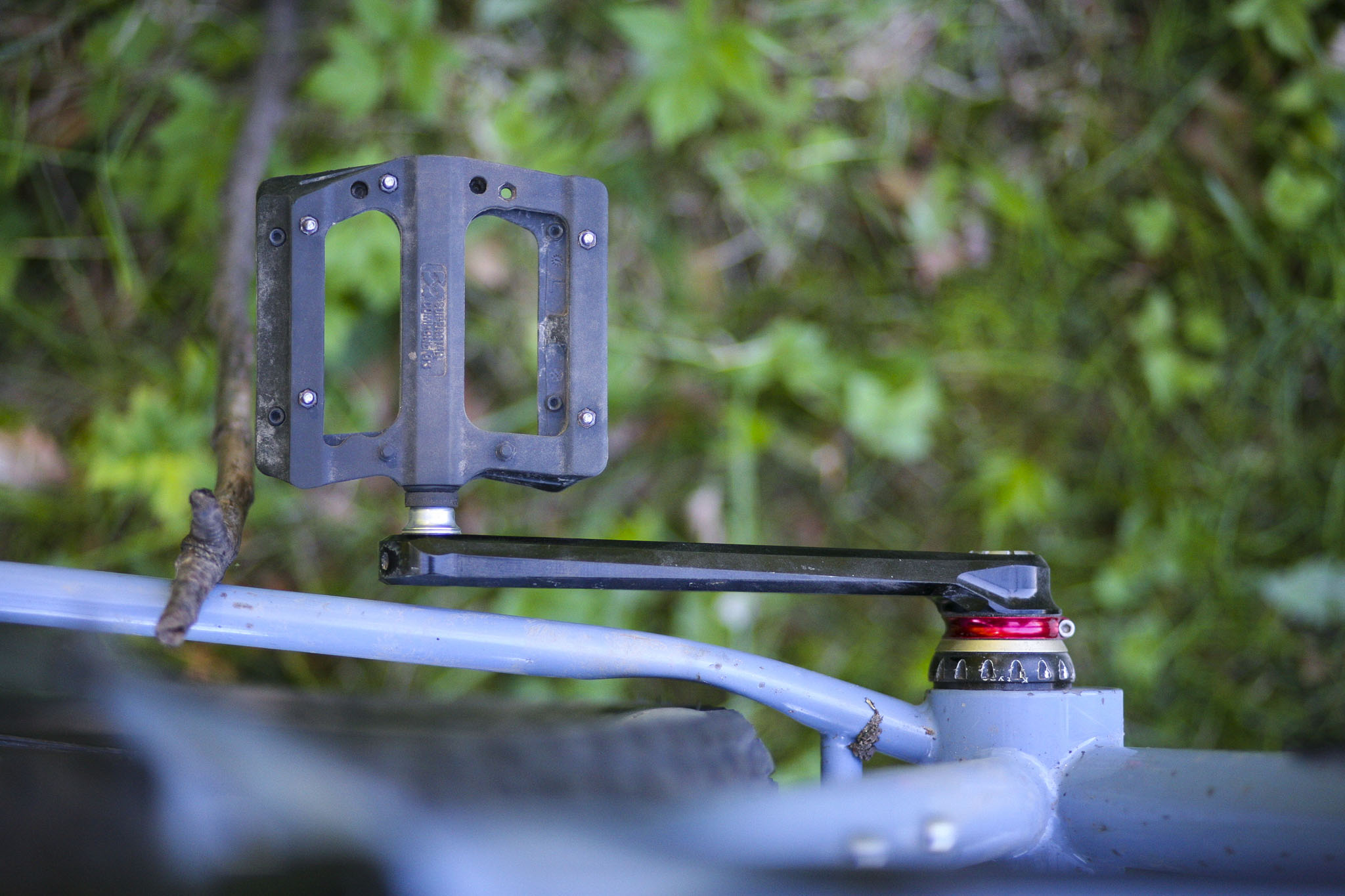 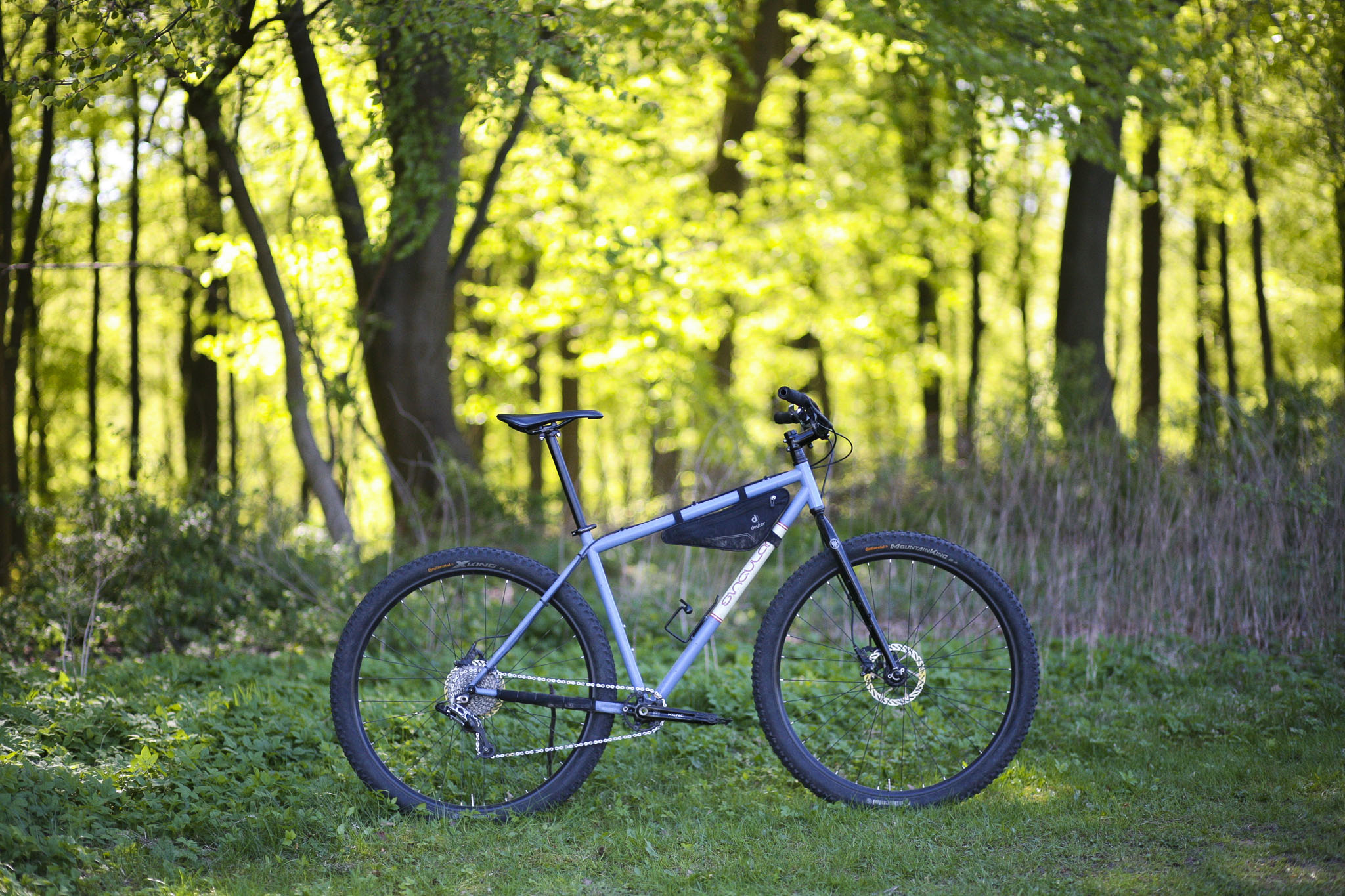 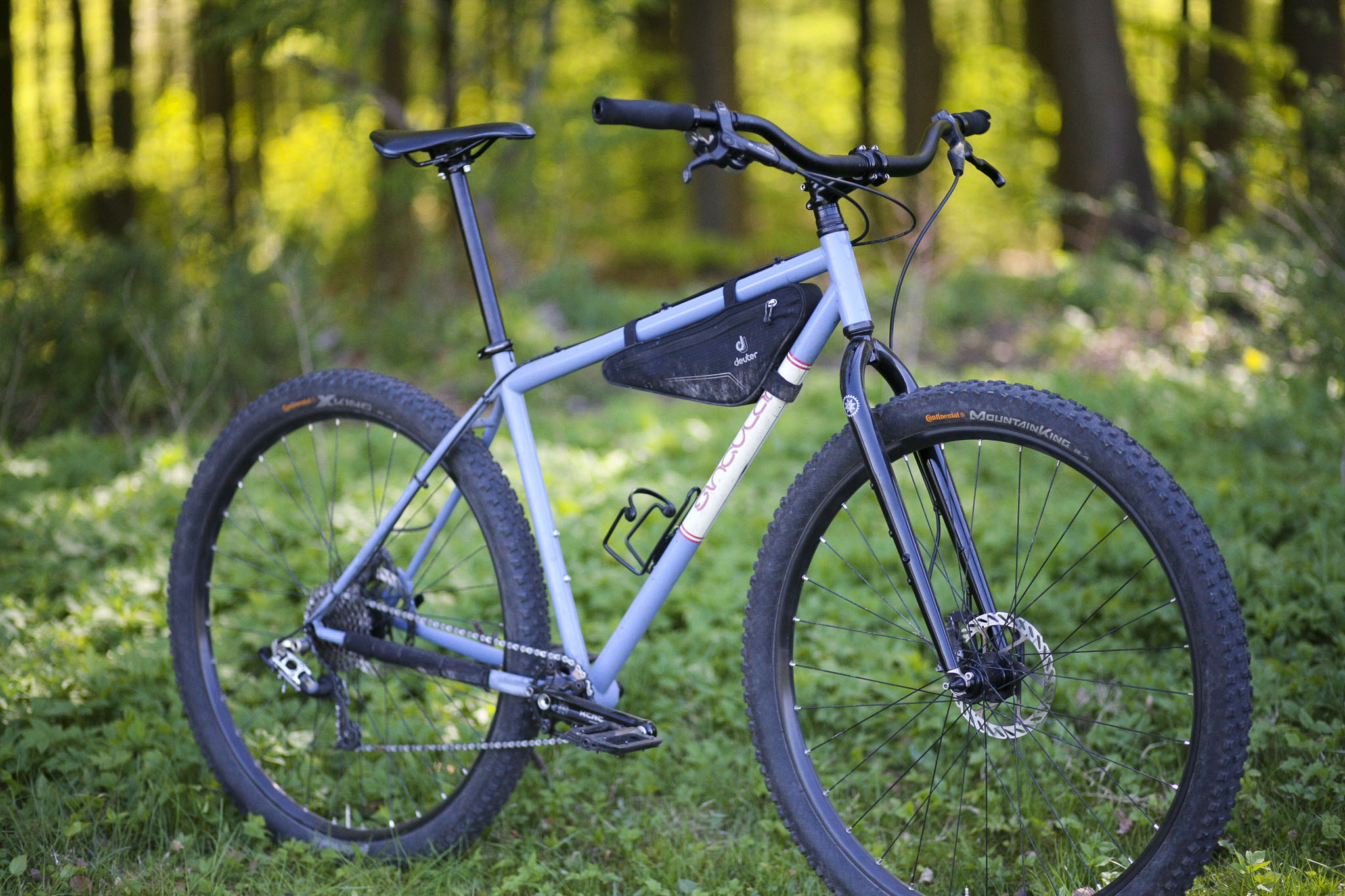 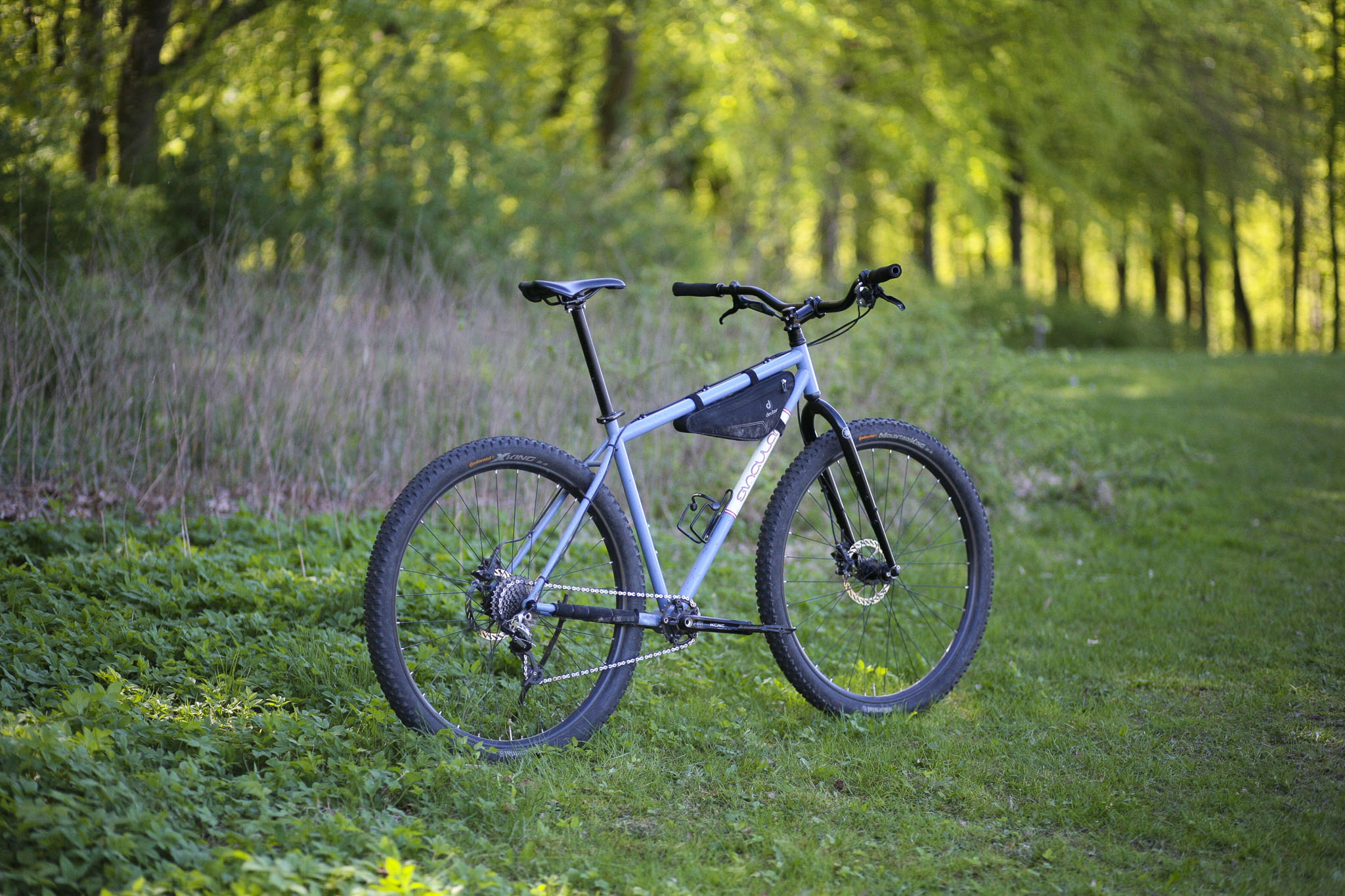 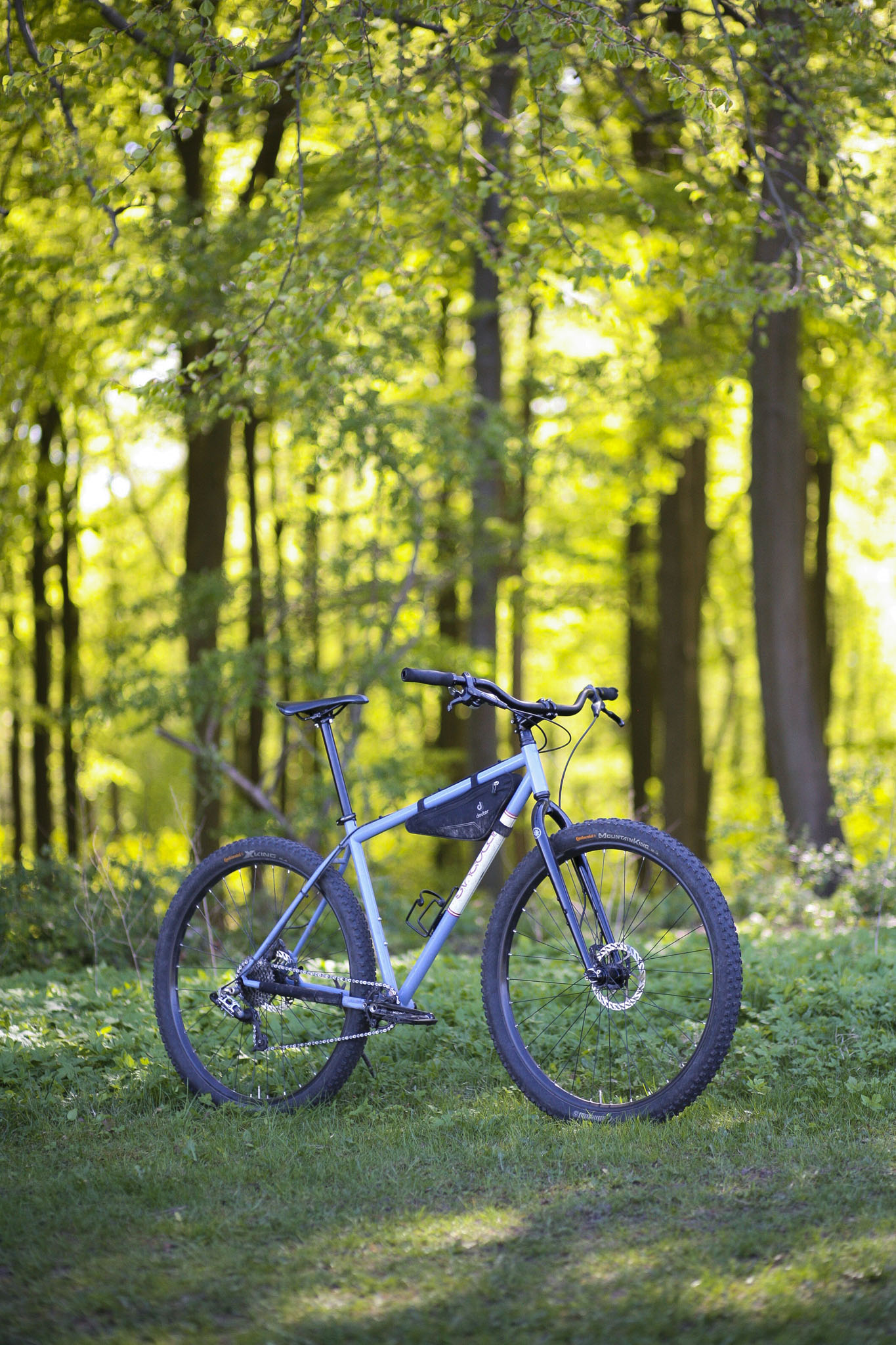 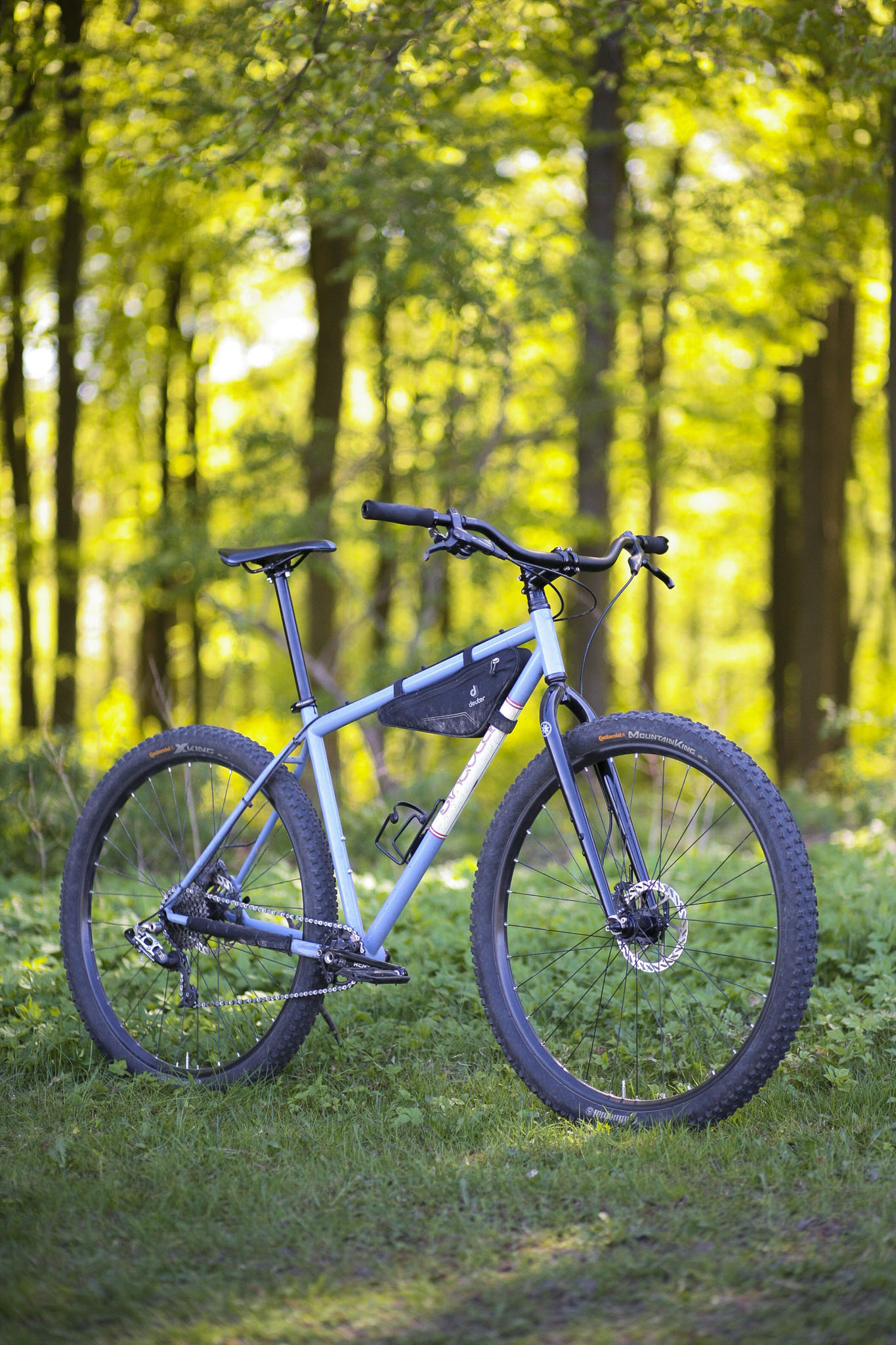