Back in March 2019, a forum member of LFGSS posted this picture in the thread:
eBay and Craigslist finds. 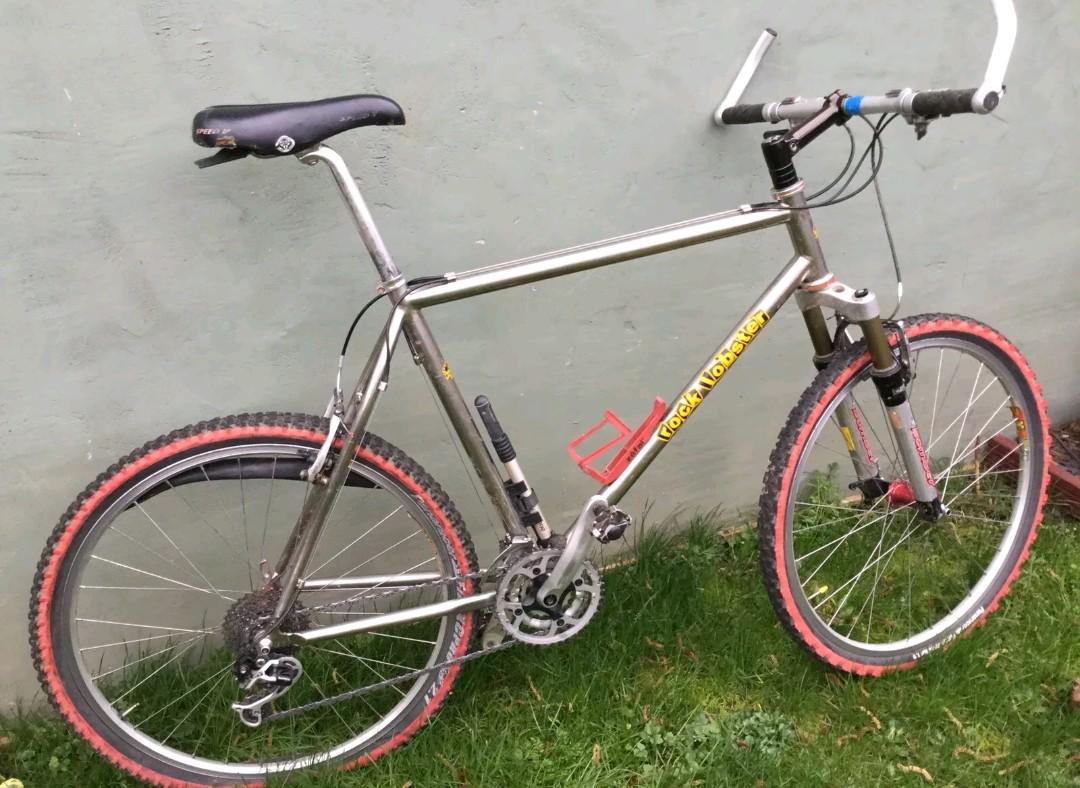 The poorly listed ad vaguely mentioned the titanium frame, the bomber fork, xt parts, and a busted rim. Good for parts, not rideable. What was however made very clear, was that it was LOCAL PICKUP ONLY! First of all, the bike was located the UK, and if that wasn’t enough, it was in a town called Somerset, which is apparently considered to be “in the sticks”.

The price was a mere £250, which is probably about half of what the frame could go for! I clicked buy now, completely oblivious of the trouble i’d gotten myself into. I cried for help, and luckily the kind soul and fellow LFGSS’er by the name of platypus came to my rescue. He simply suggested to go pick the bike up himself, as long as i covered the cost of his train ticket and lunch that day, and even offered to hold onto it until i figured out how to get it shipped to Denmark. Platypus also ended up helping out with that part. Long story short, it arrived, i’m super grateful, and super stoked. 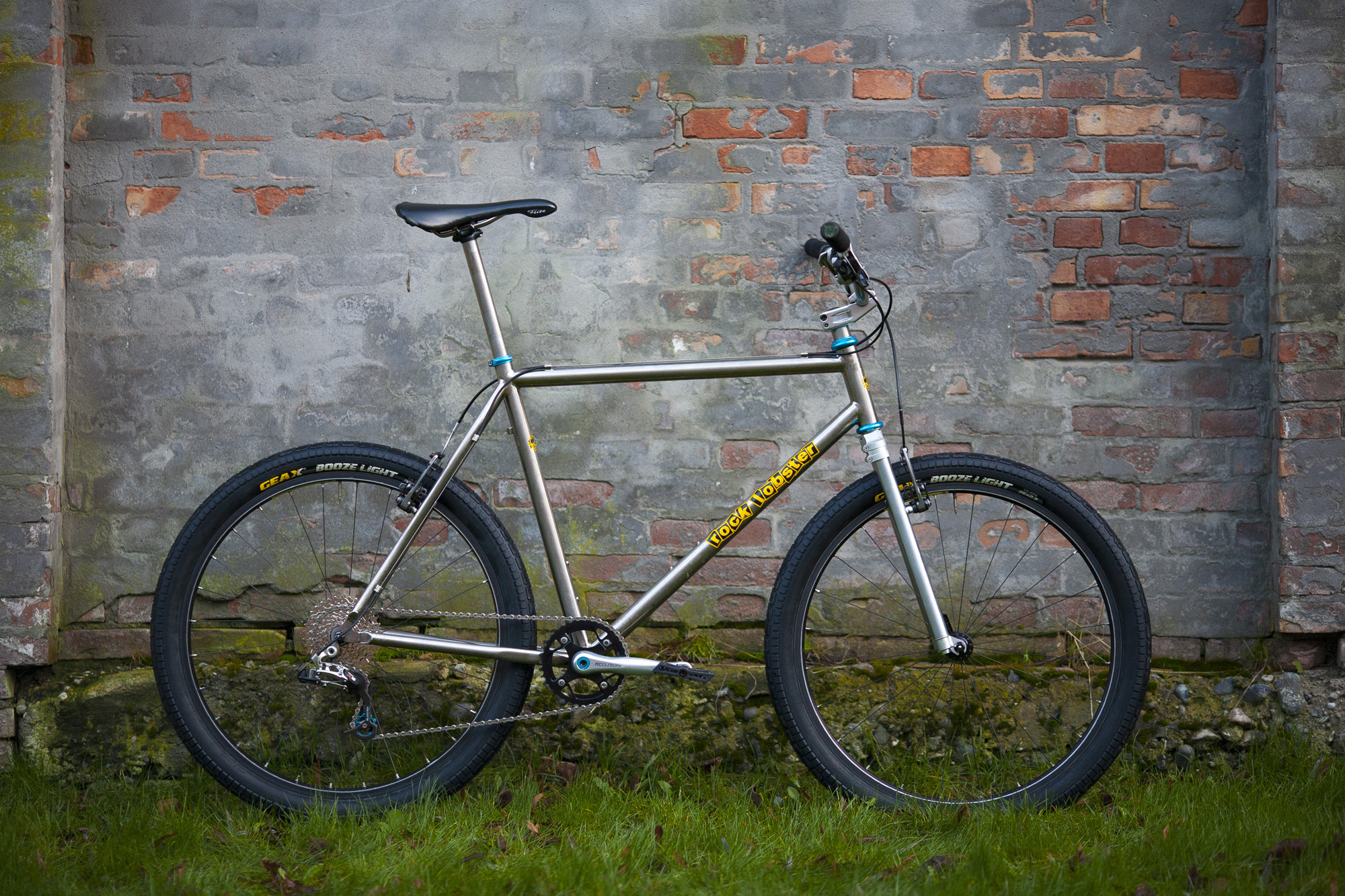 I stripped the components, sold most of them, and started dreaming up the build. I had some nice old Bontrager wheels with DT swiss internals and cermaic rims. They are light, and were top of the line back then. The hubs are almost identical to the modern DT swiss models using their star ratchet system, which allowed me to buy the 54t upgrade kit for higher engagement. The faster pick up is a huge difference from the stock 18t, not to mention the loud sound it makes while coasting.

My all time favourite, sram 9s drive train. Bullet proof shifting, the extremely satisfying and crisp “click” while shifting to a lighter gear, and the equally pleasing “kachunk” when dropping to a tougher gear. The higher models of rear mechs allow you increase tension in the swing arm to reduce chain slap and dropped chains while getting shreddy. It requires disassembling the derailleur, and simply installing the spring in the next hole over, similar to the 3 holes on a v brake stud.

XTR parallelogram brakes, normal brake pads (not the harder ceramic specific ones), jagwire compressionless housing, and these brakes are feeling like a hydraulic.

The fork is a near mint PACE retro mtb fork, bought from a fellow nerd locally. This particular model was orignally 420mm axle to crown, but i needed 400. The brilliant design uses the same CNC’ed alu crown for their suspension forks, so i took the “stanchions” out, shortened them by 20mm, and reinstalled them, using a front wheel to ensure alignment.

Got the beautiful Middleburn RS8 X cranks from a very kind local messenger for a great price as one of the bolts was broken. Luckily managed to get it out, and replaced with the shiny new turquoise self extracting thingies from ebay.

Chris King No Logo is a looker, and in surprisingly good nick for its age. Unfortunately Salsa dont do a turq clamp in this diameter, but luckily KCNC do one, which also matches the pulleys.

Now that all the other parts are so light and high end, i went for an absolute boat anchor of a cockpit to compensate. Solid block of aluminum stem, and the over built dirt jump bars, DMR Wingbar cromo. But the spacer is Titanium, dont worry.

Now all that was missing was a killer seatpost. But oh, its 27.0mm. I was lucky enough to find a DEAN seatpost for sale on pinkbike in the US, got it shipped to my friend in California, who then brought it up to Vancouver when visiting last summer. That was the cherry on top. The Ti finish even matched the frame to perfection.

The tires are the ones i’ve been ranting about. Geax booze light 26×2.3. They are just perfect. Buttery smooth, fast, grippy, yet hard wearing and great puncture resistance. They squeal like mad when you skid too.

How does it ride? Great. The geometry of many retro mountainbikes is pretty much that of a cyclocross bike. Agility with such large tires feels wonderful. The titanium frame sucks up vibrations like steel does, but its lightness and stiffness makes it feel super efficient when pedaling, like it just wants to drive you forward.

I like the concept of one bike to do it all, but i need to be honest here and say that i’ve given up on trying to limit my number of bikes a while ago.. This thing is purely for when the streets are dry, when commuter mode is at party level, or when a day trip takes me far and fast but i still want to be on 26″ wheels. 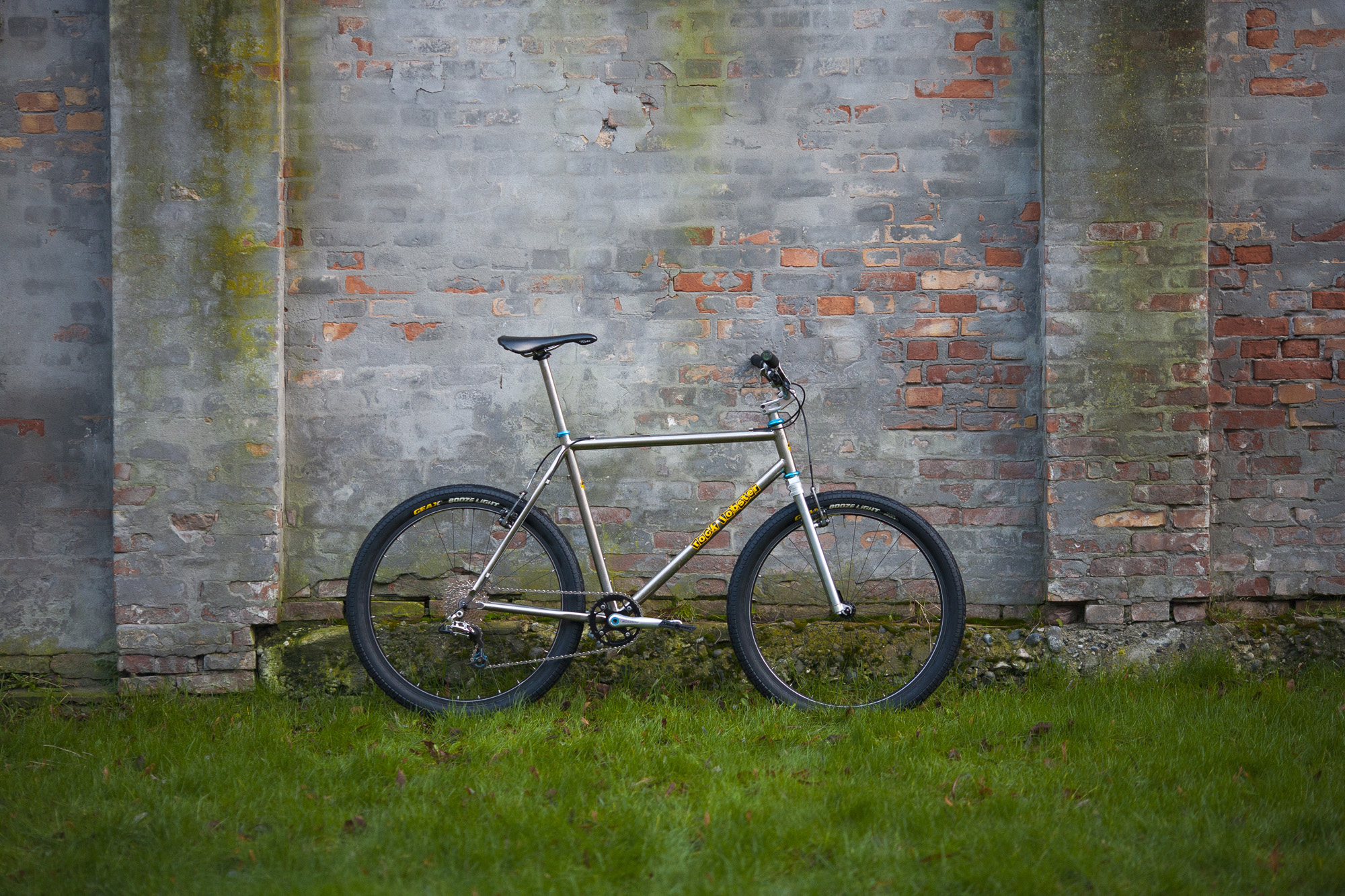 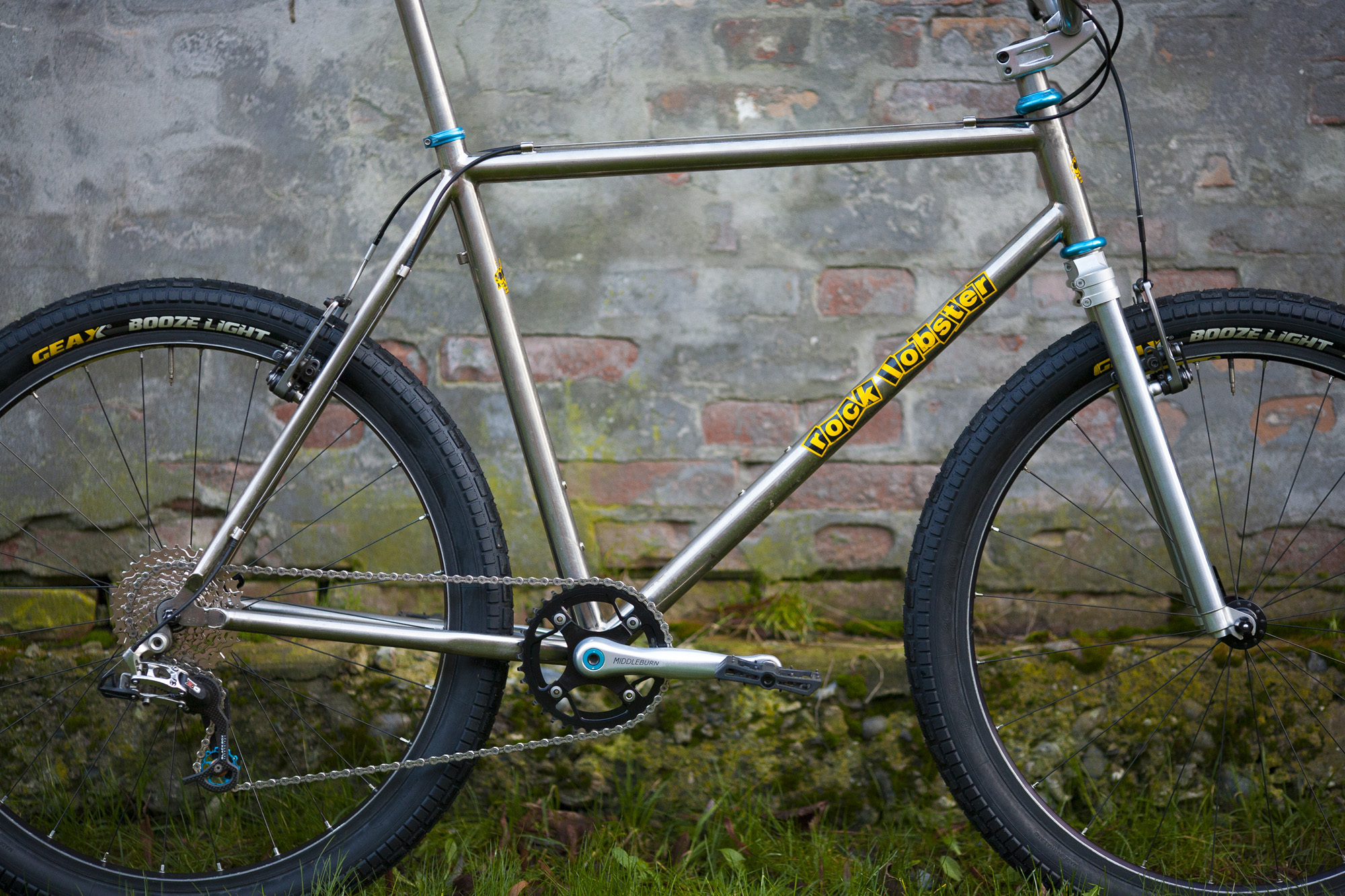 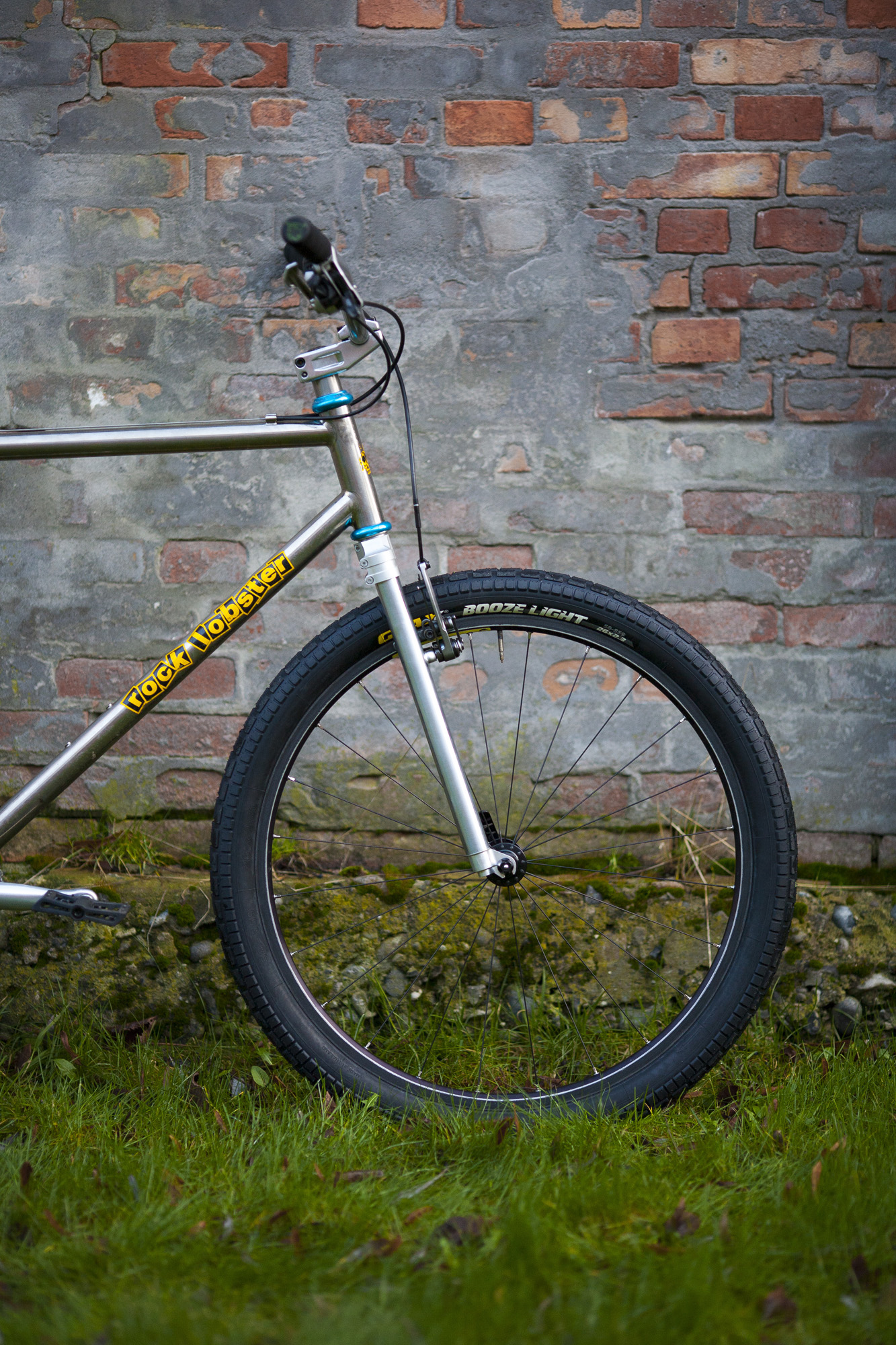 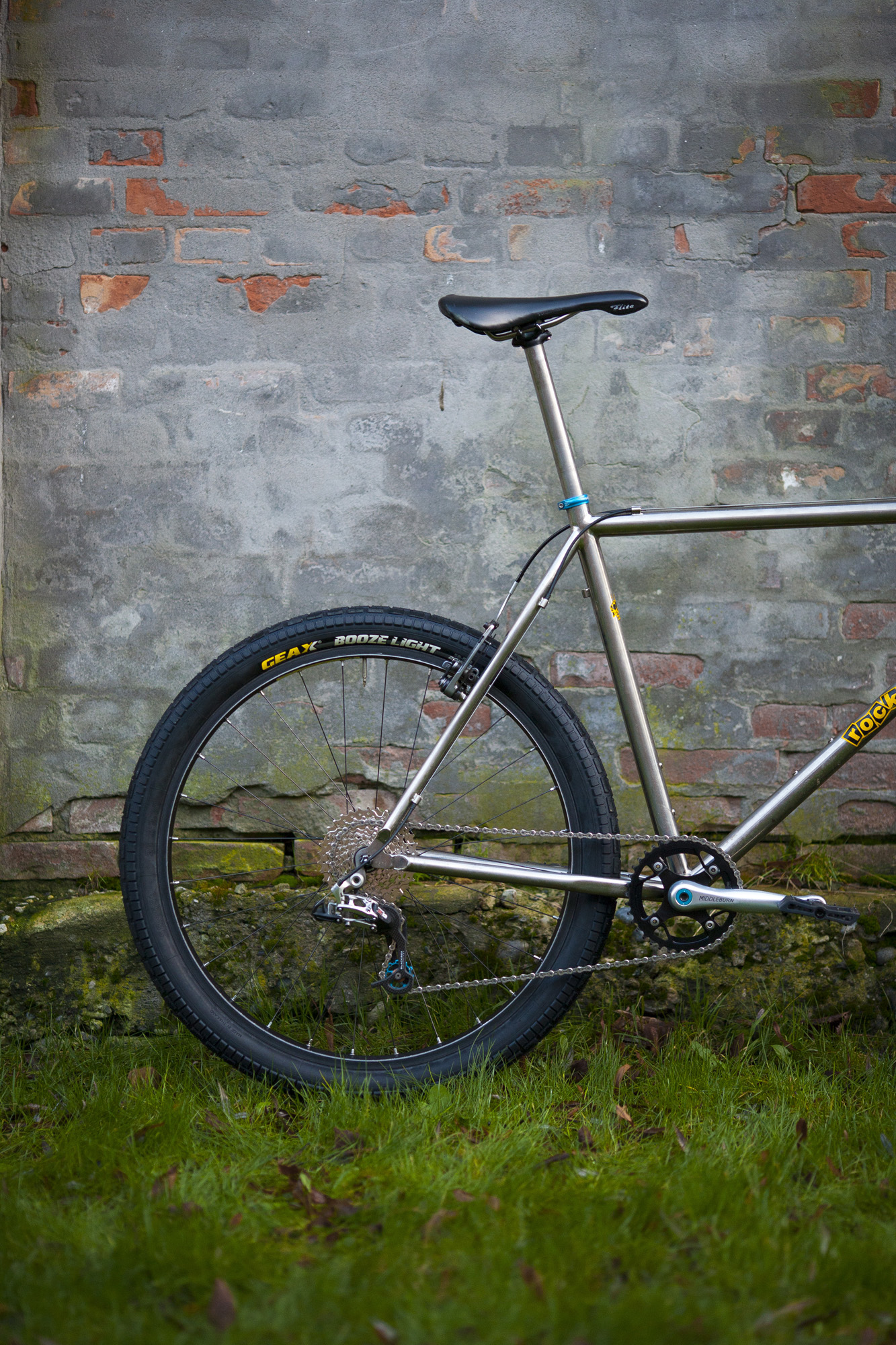 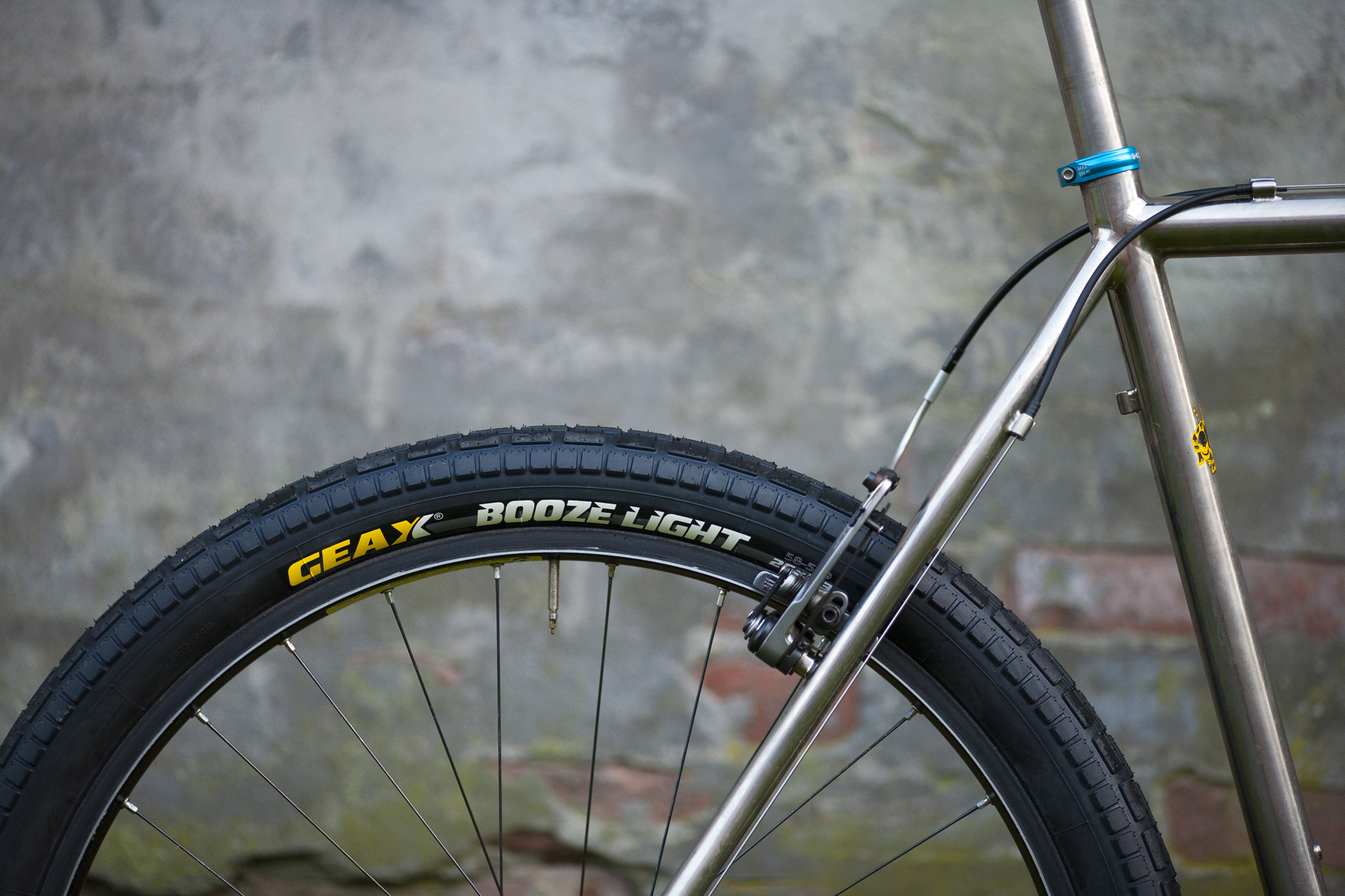 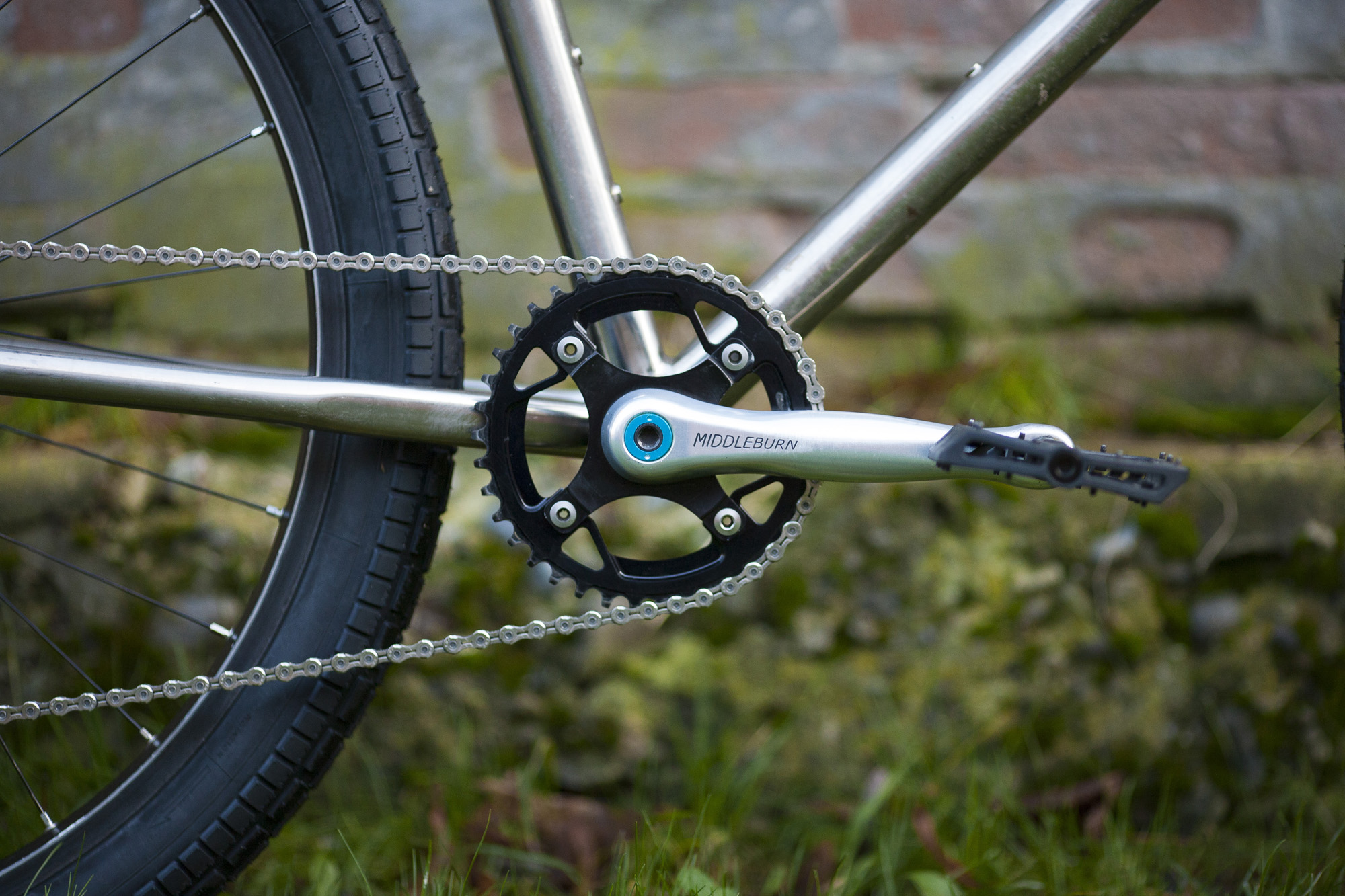 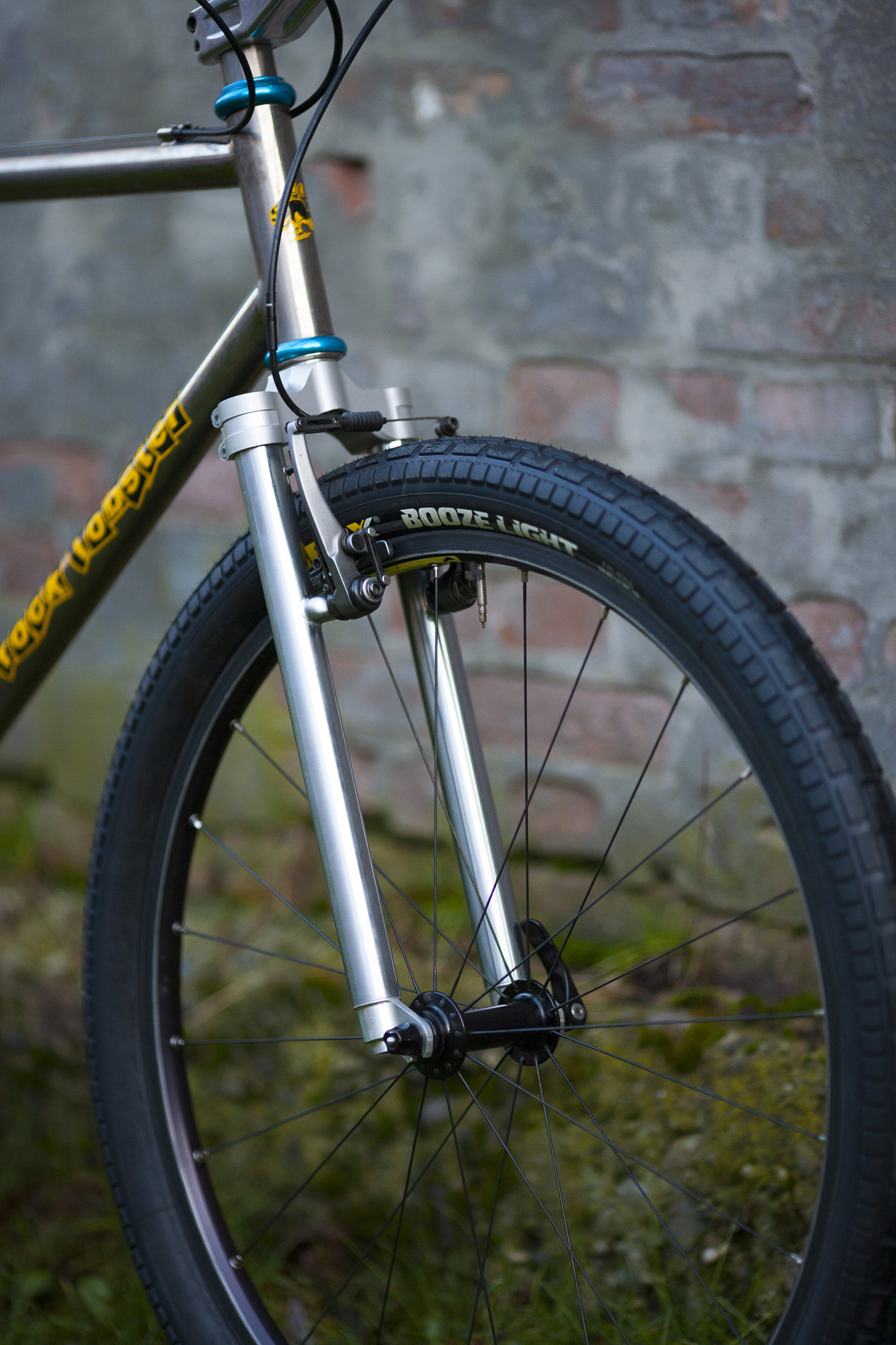 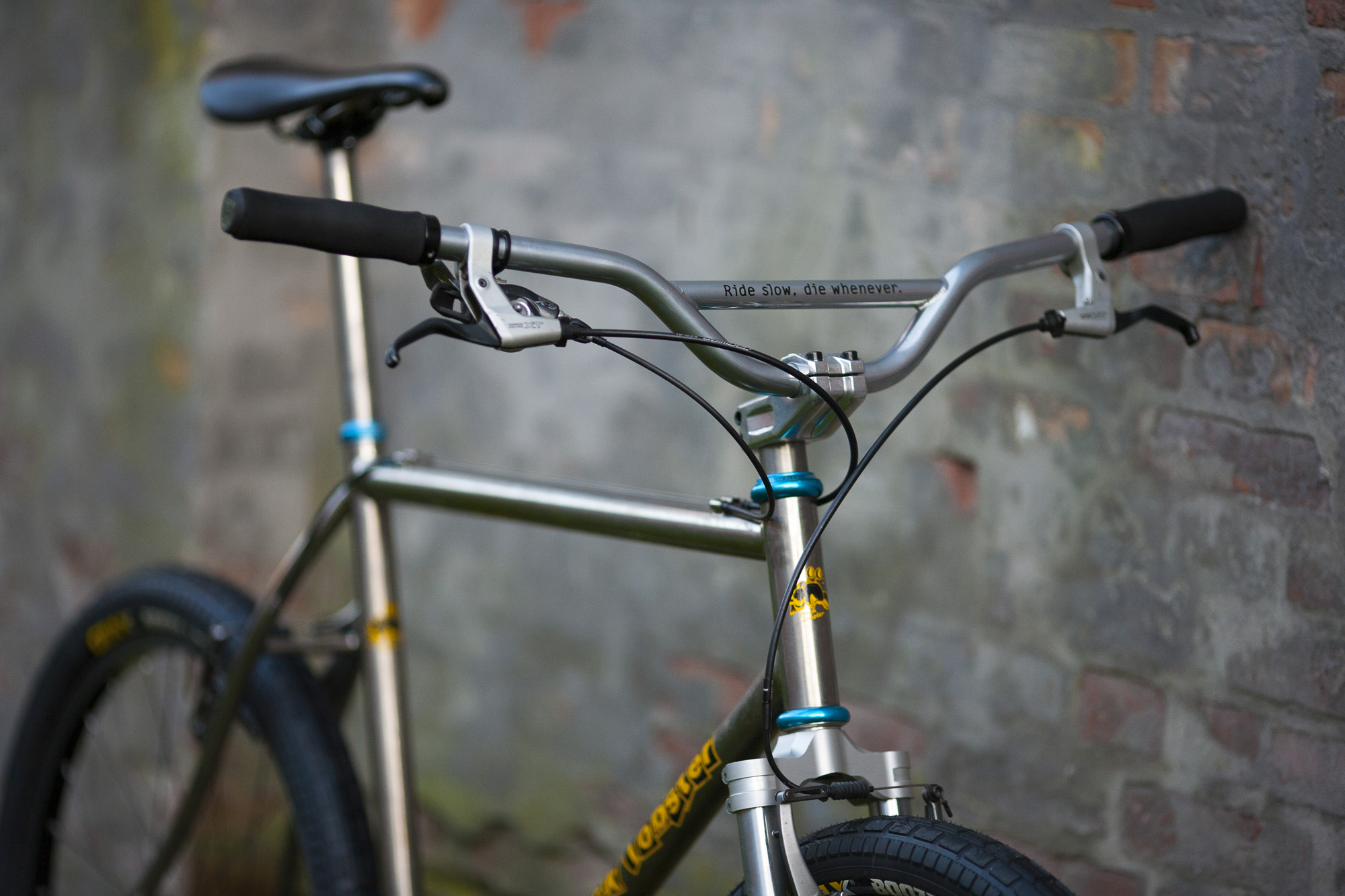 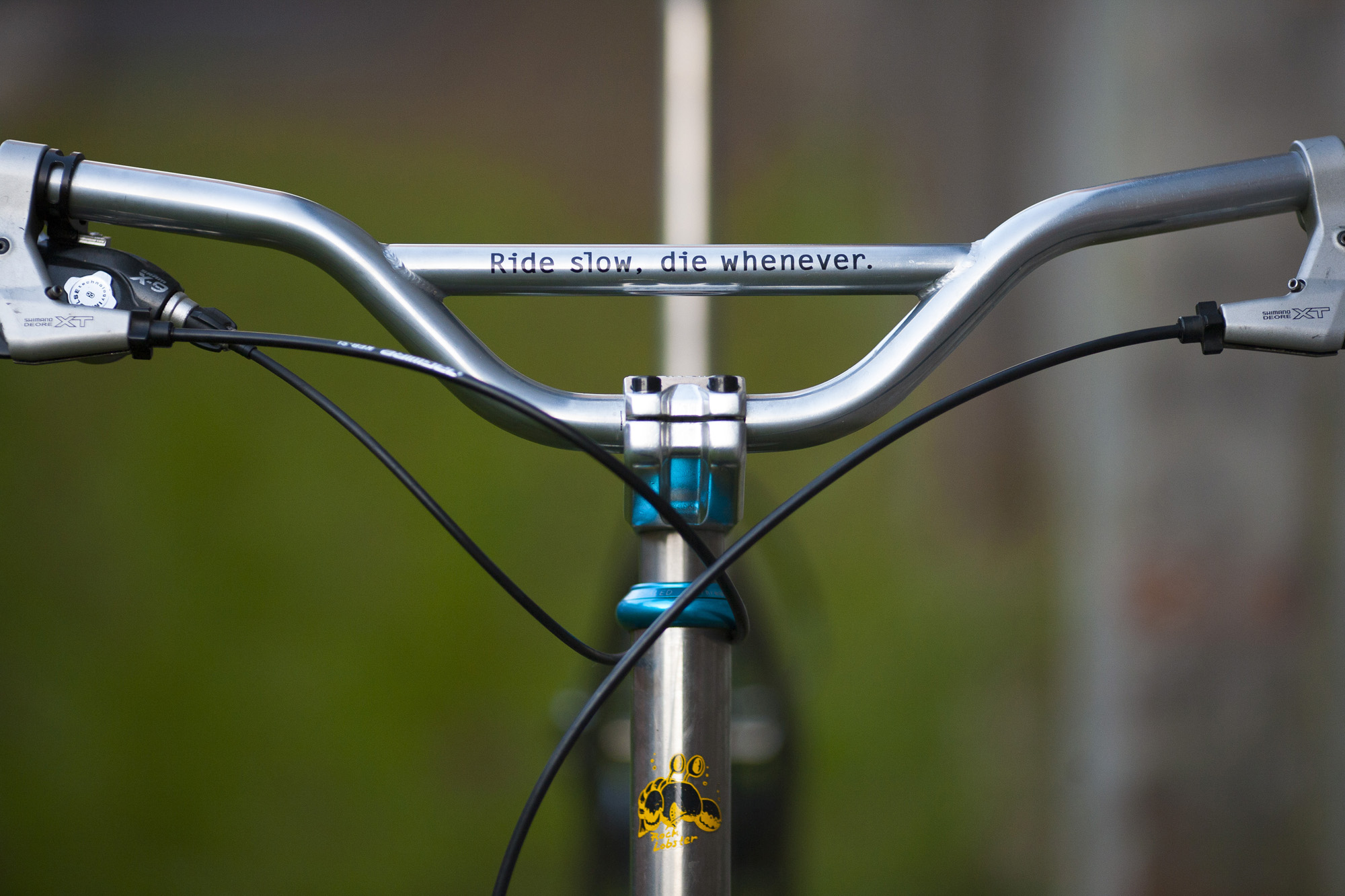 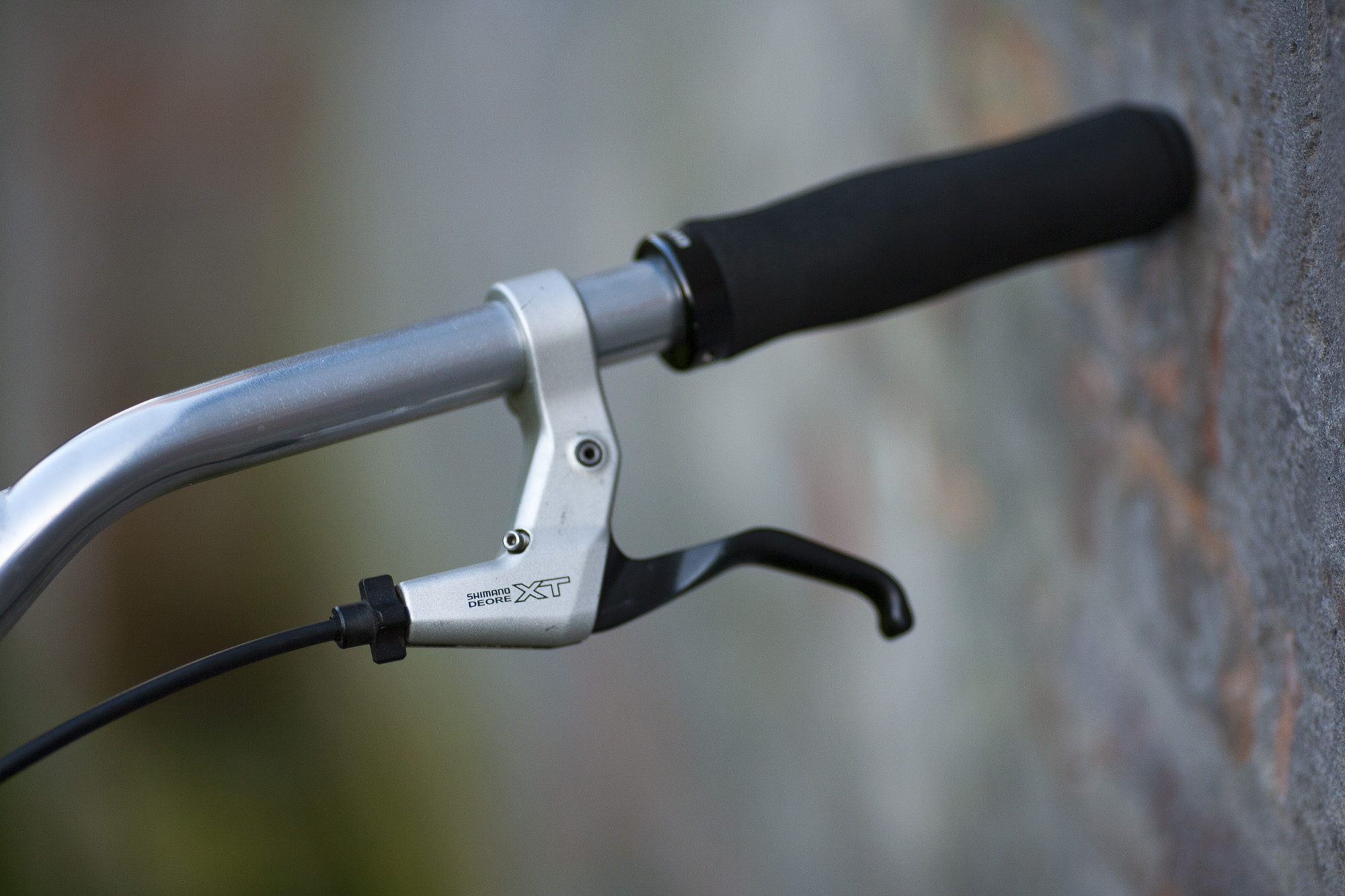 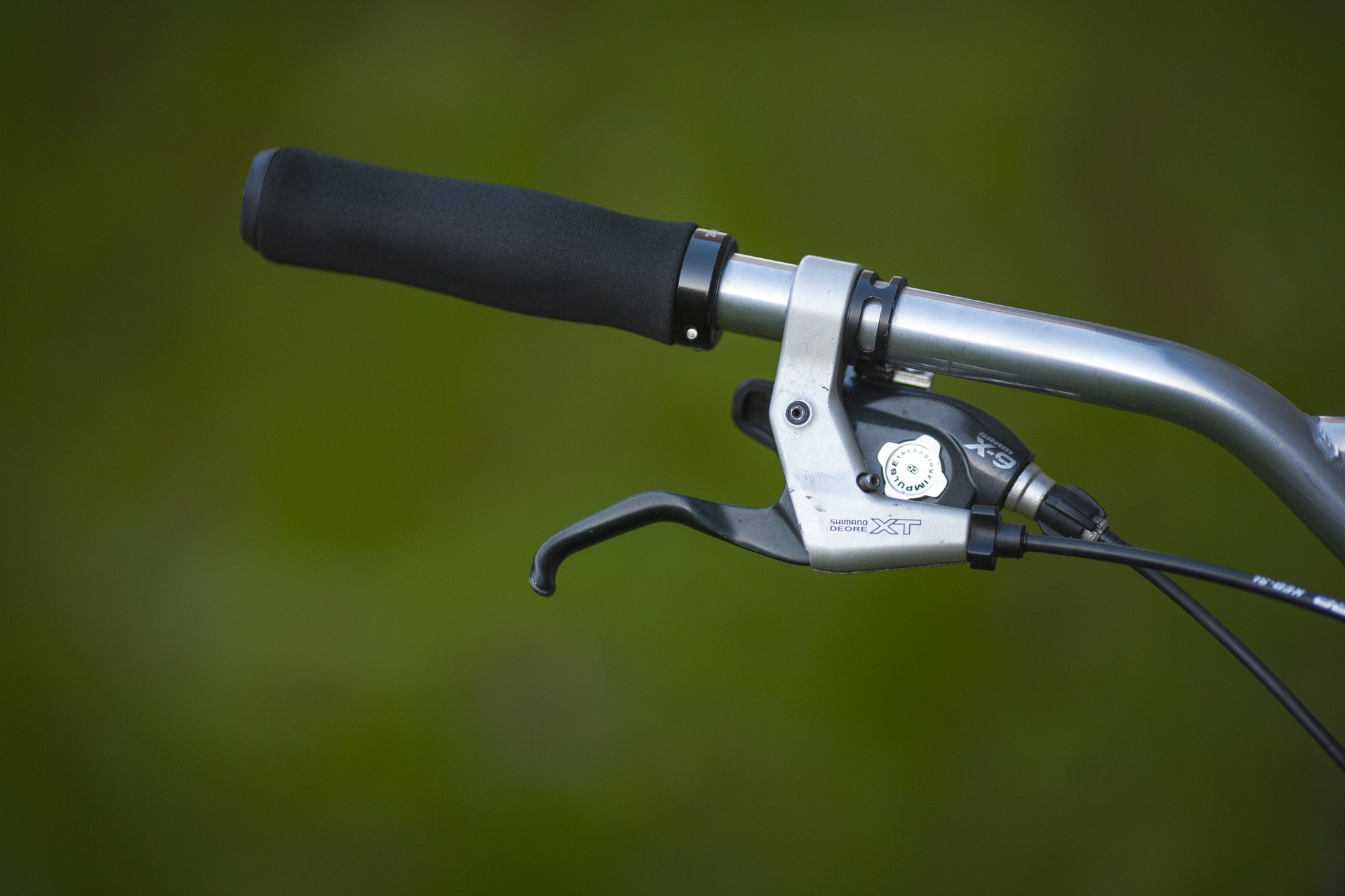 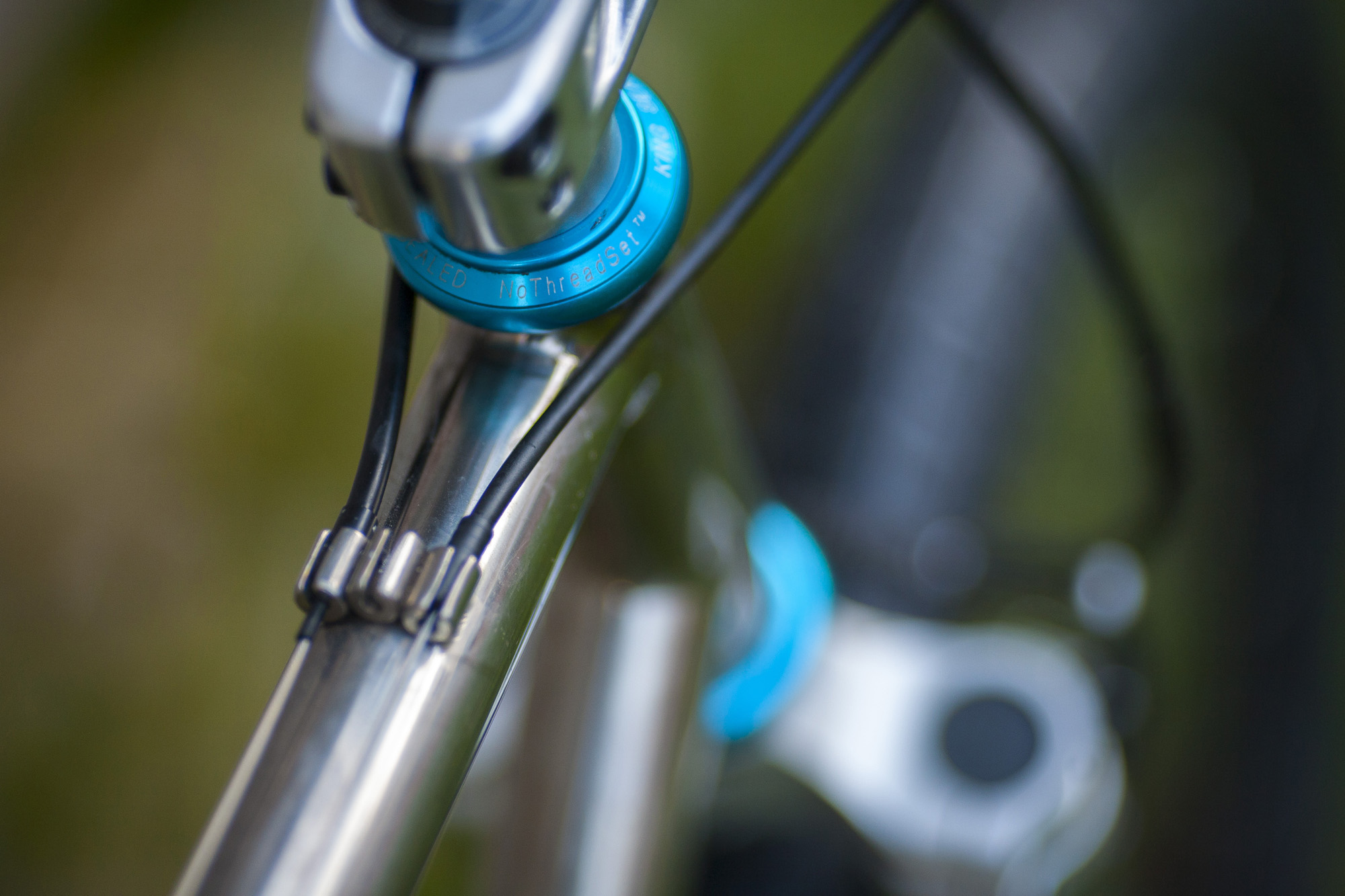 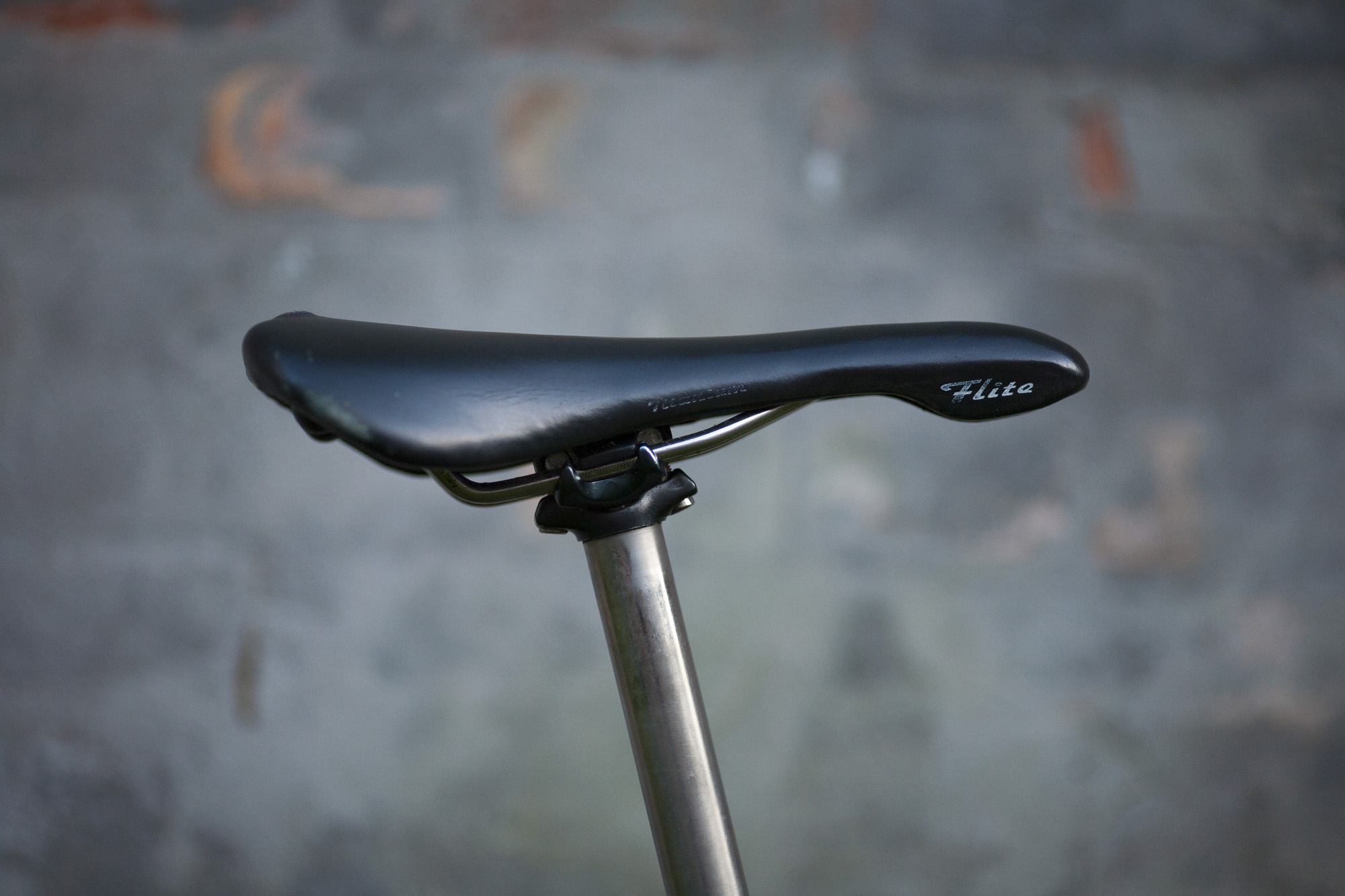 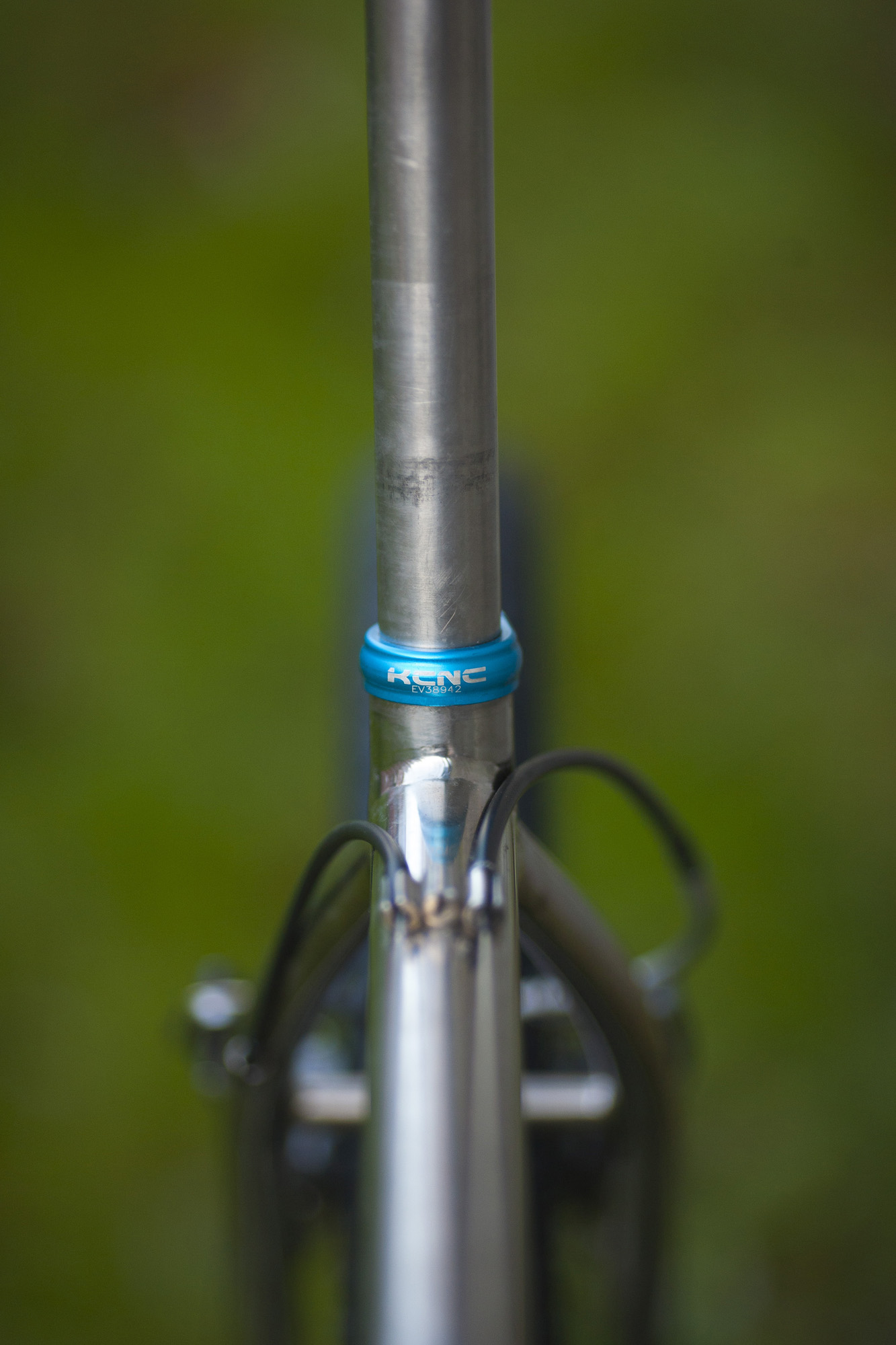 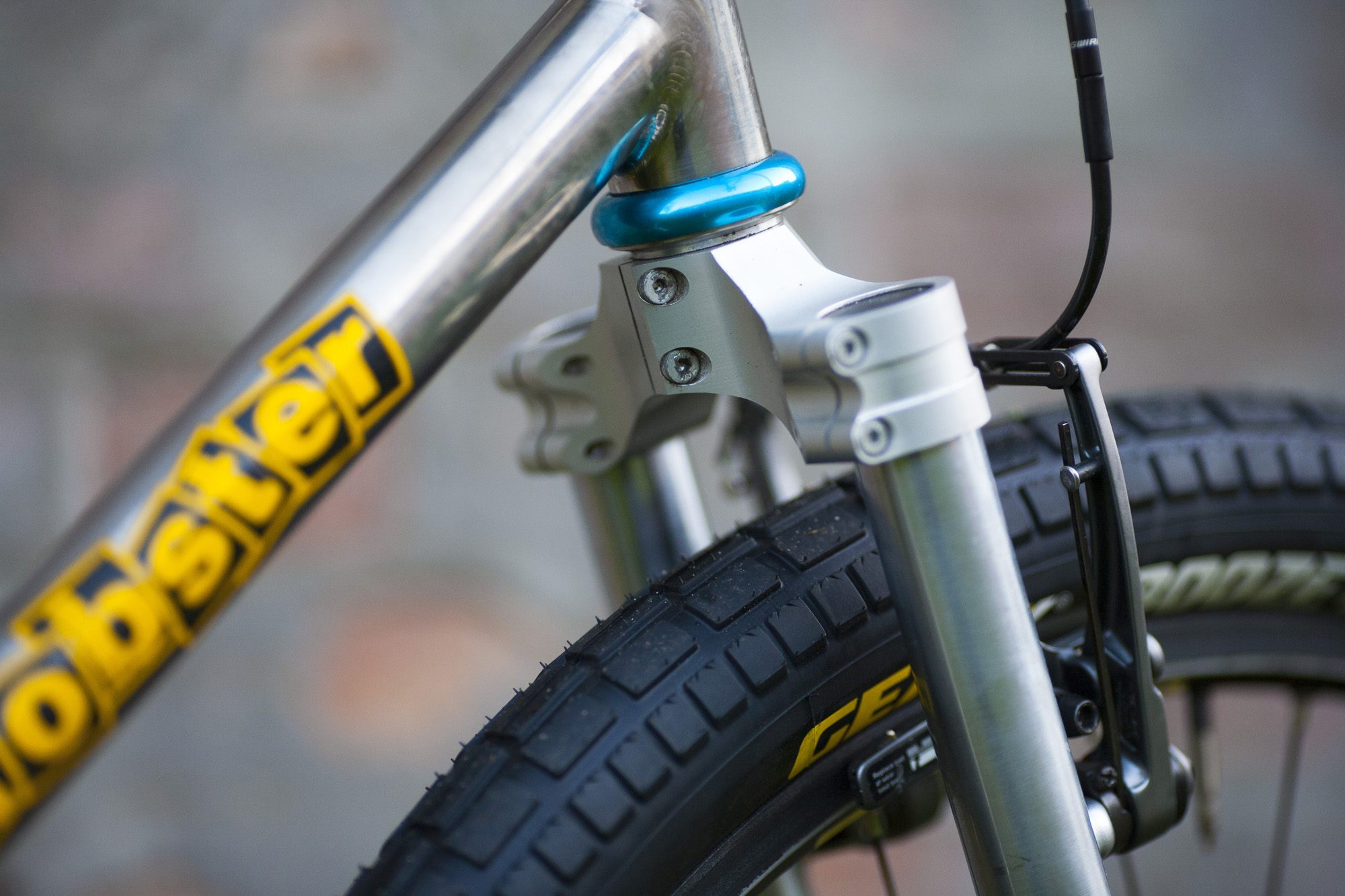 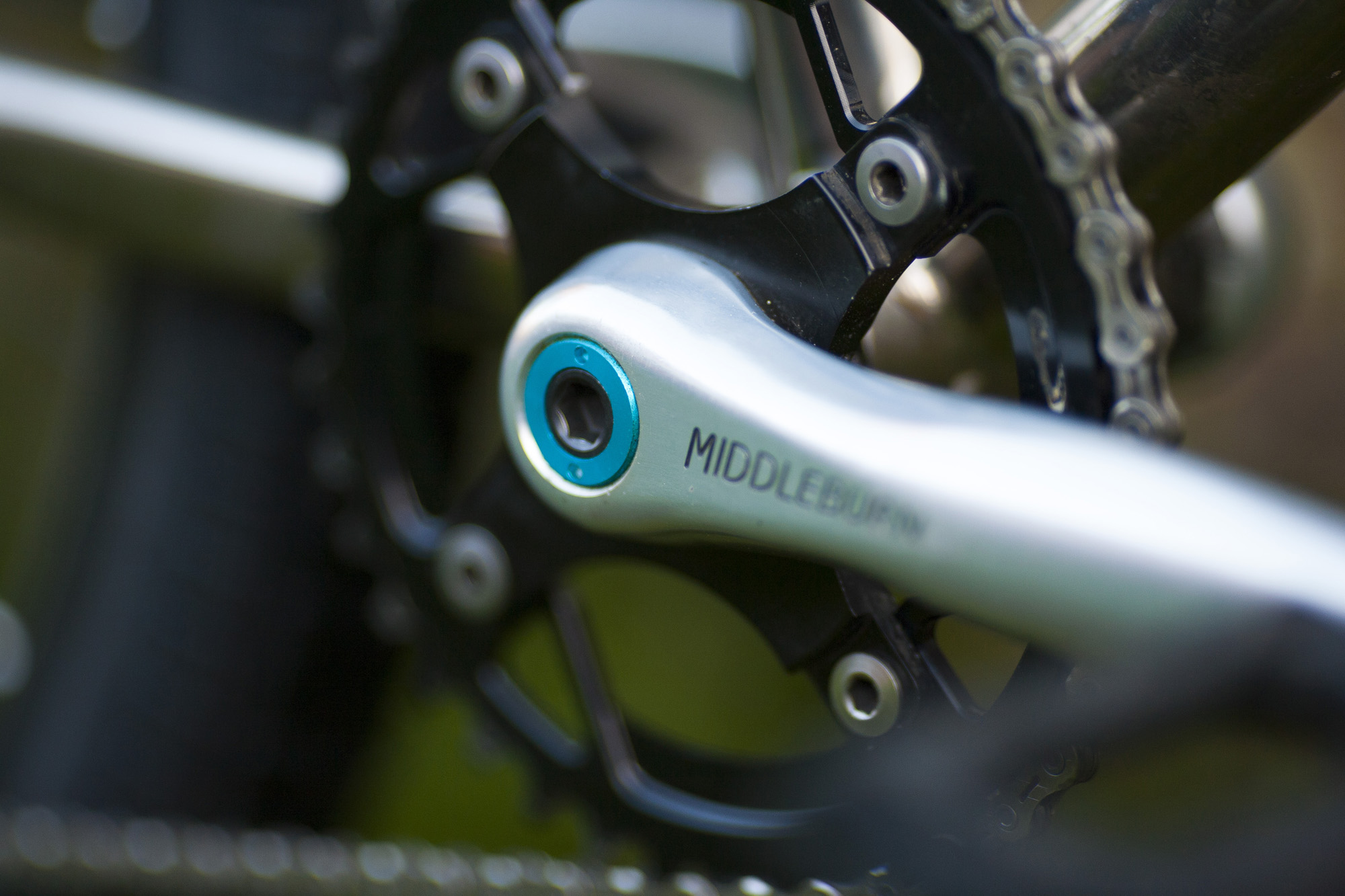 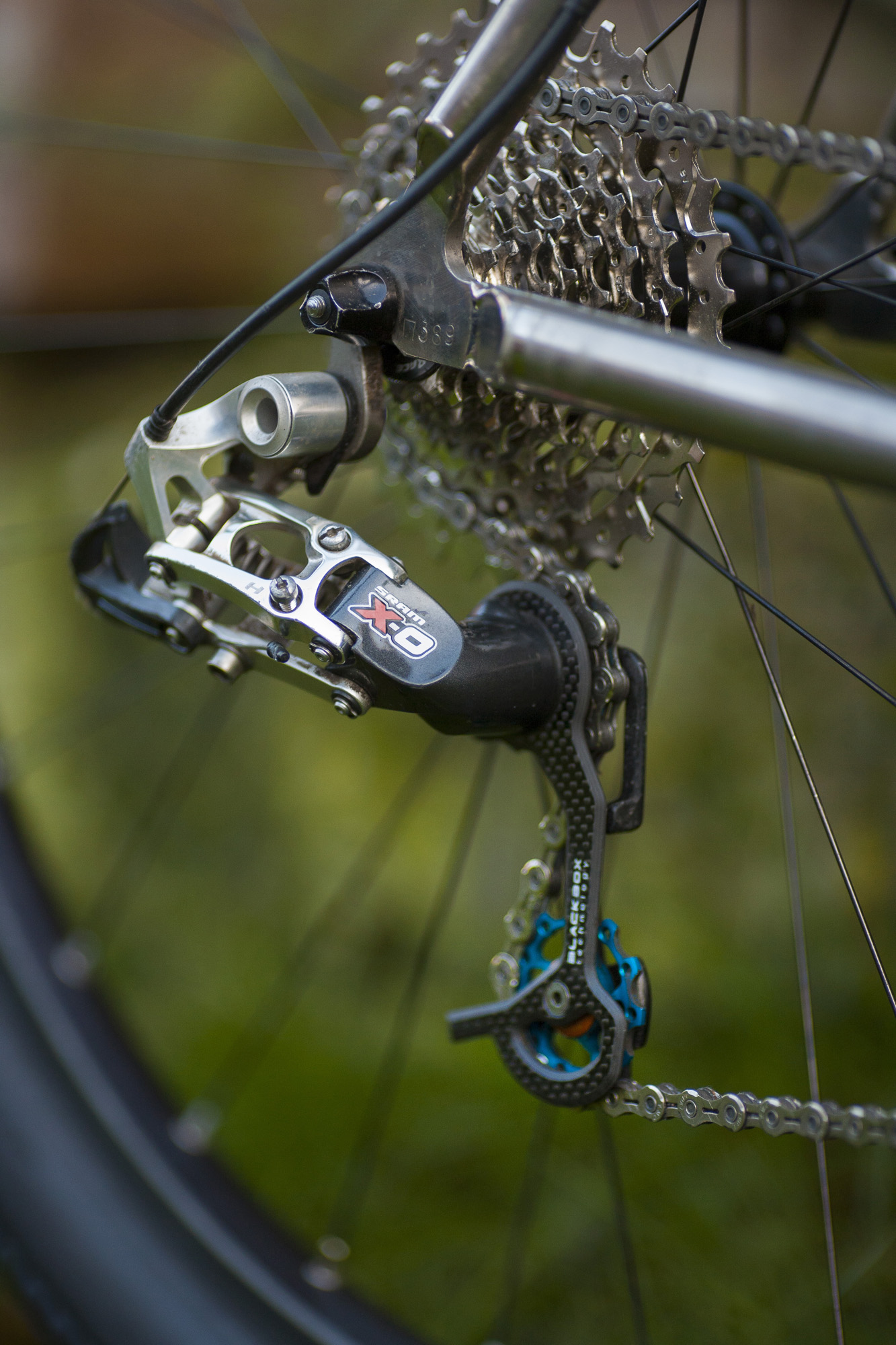 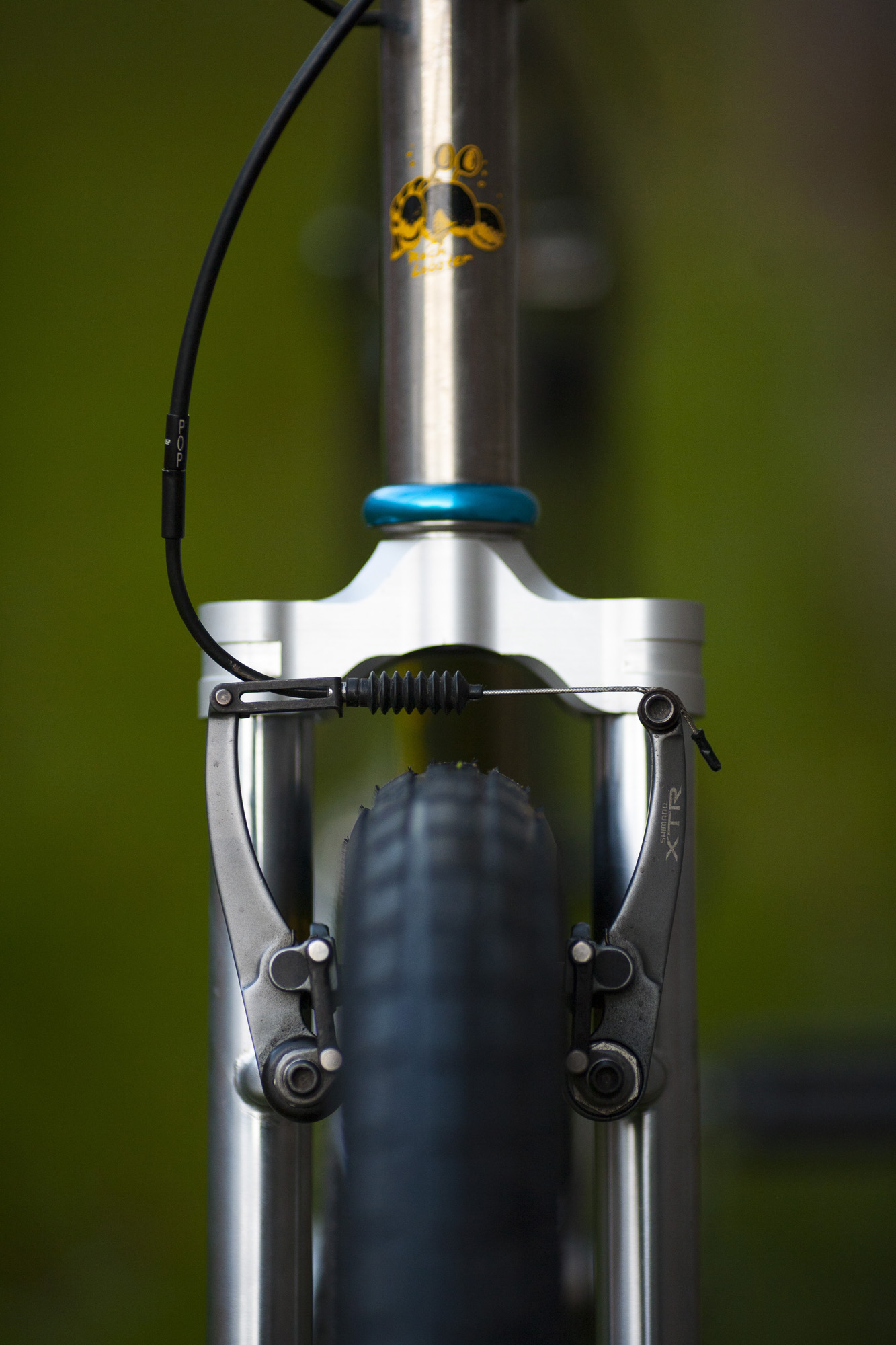 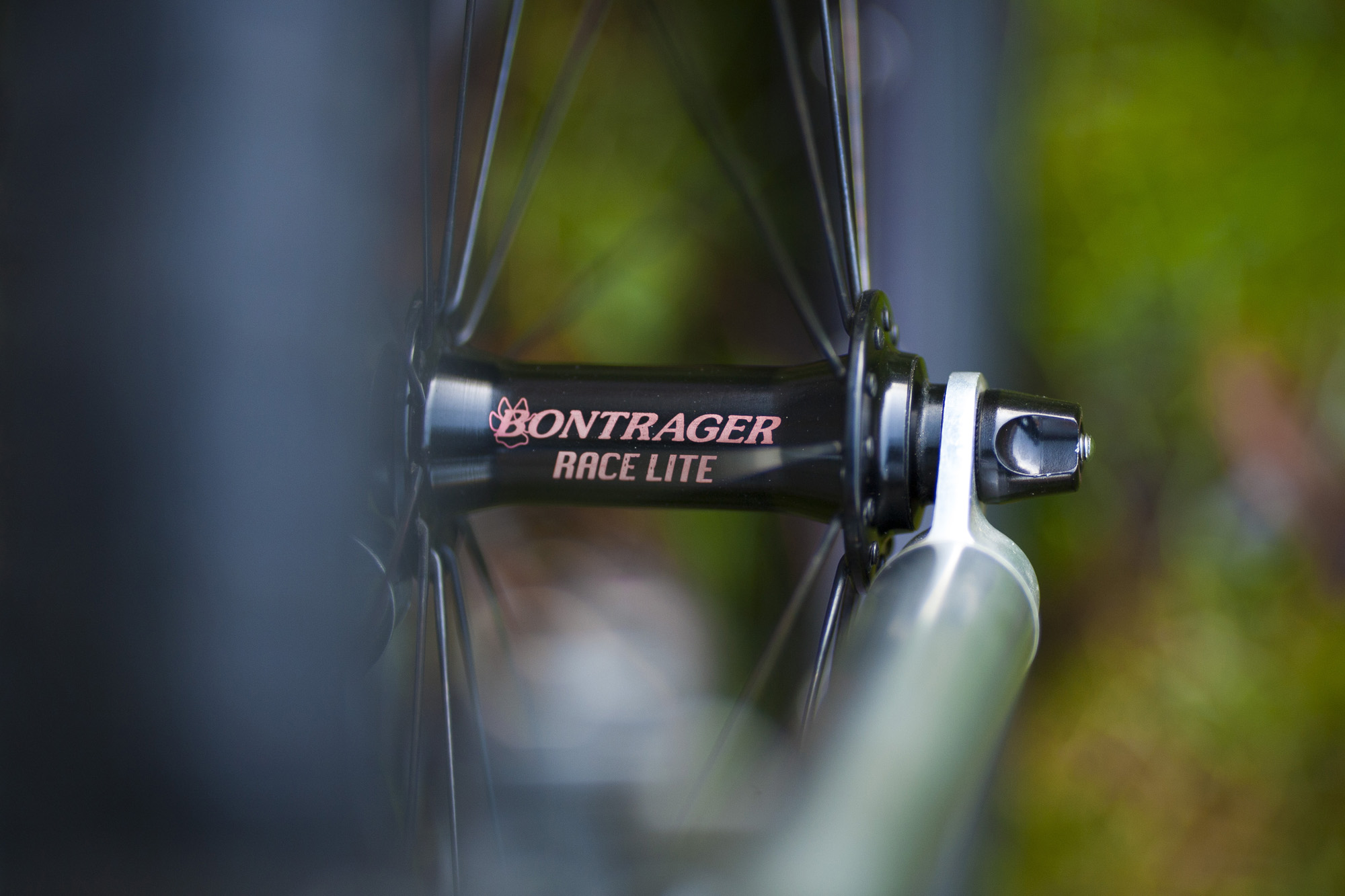 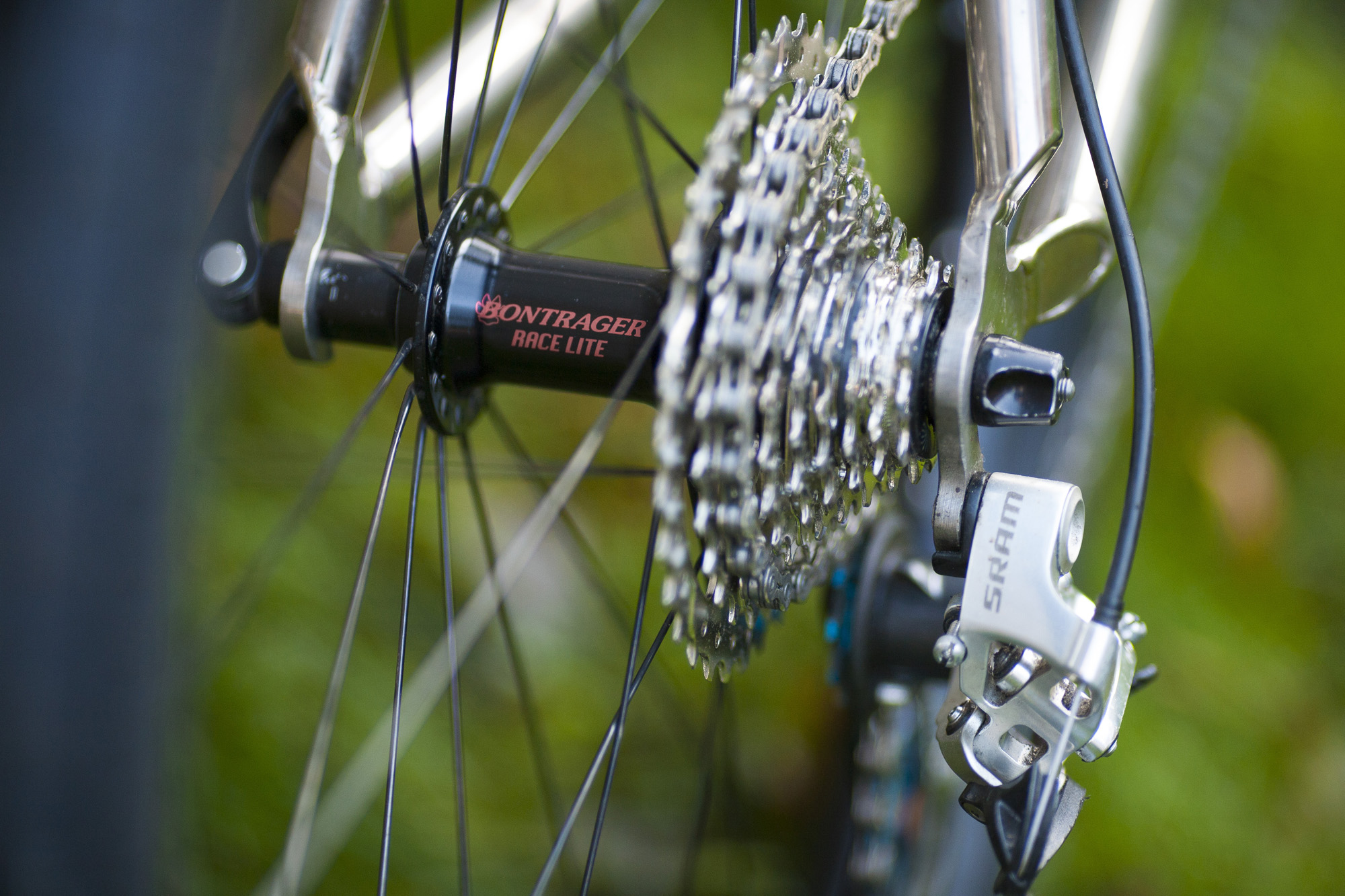 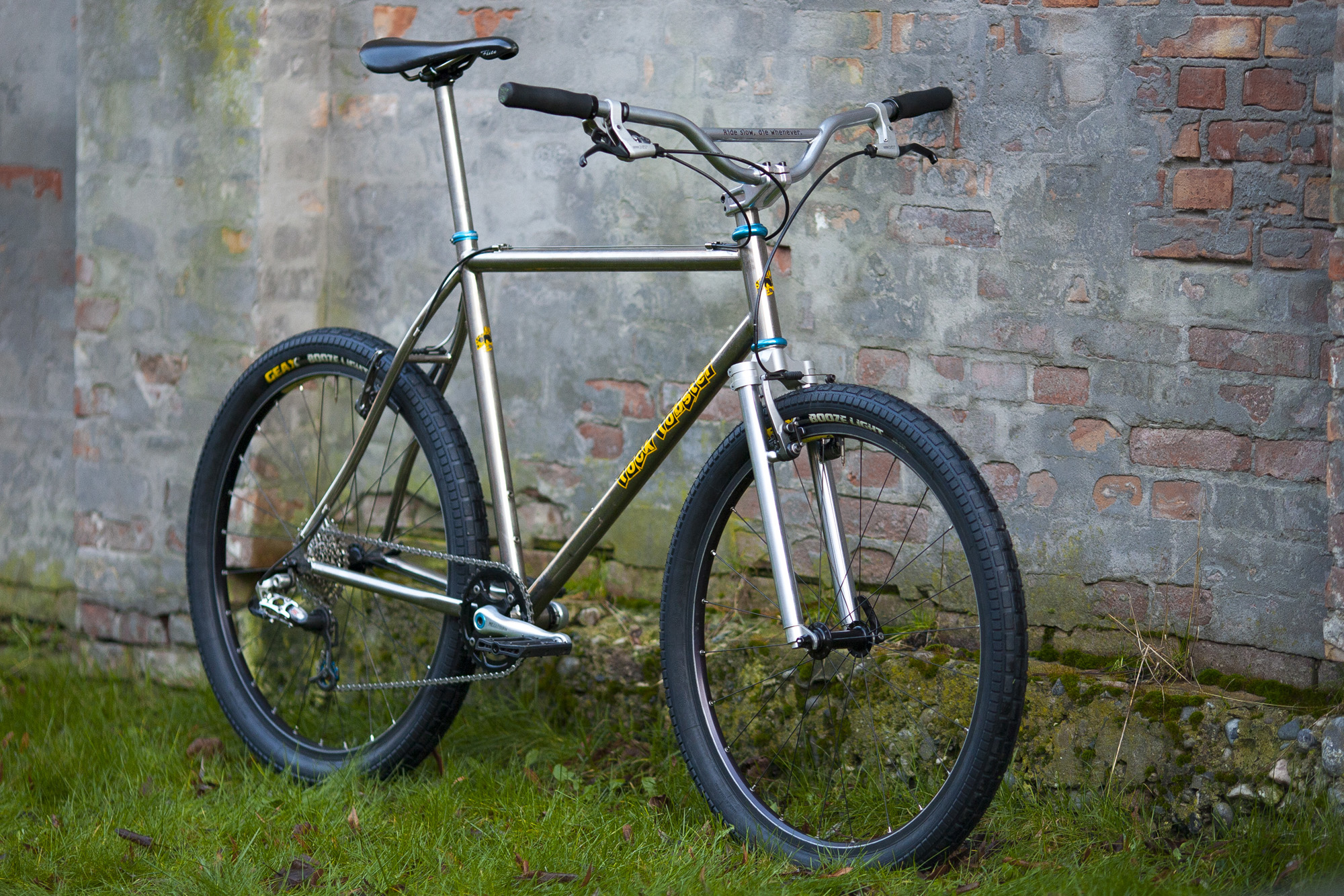 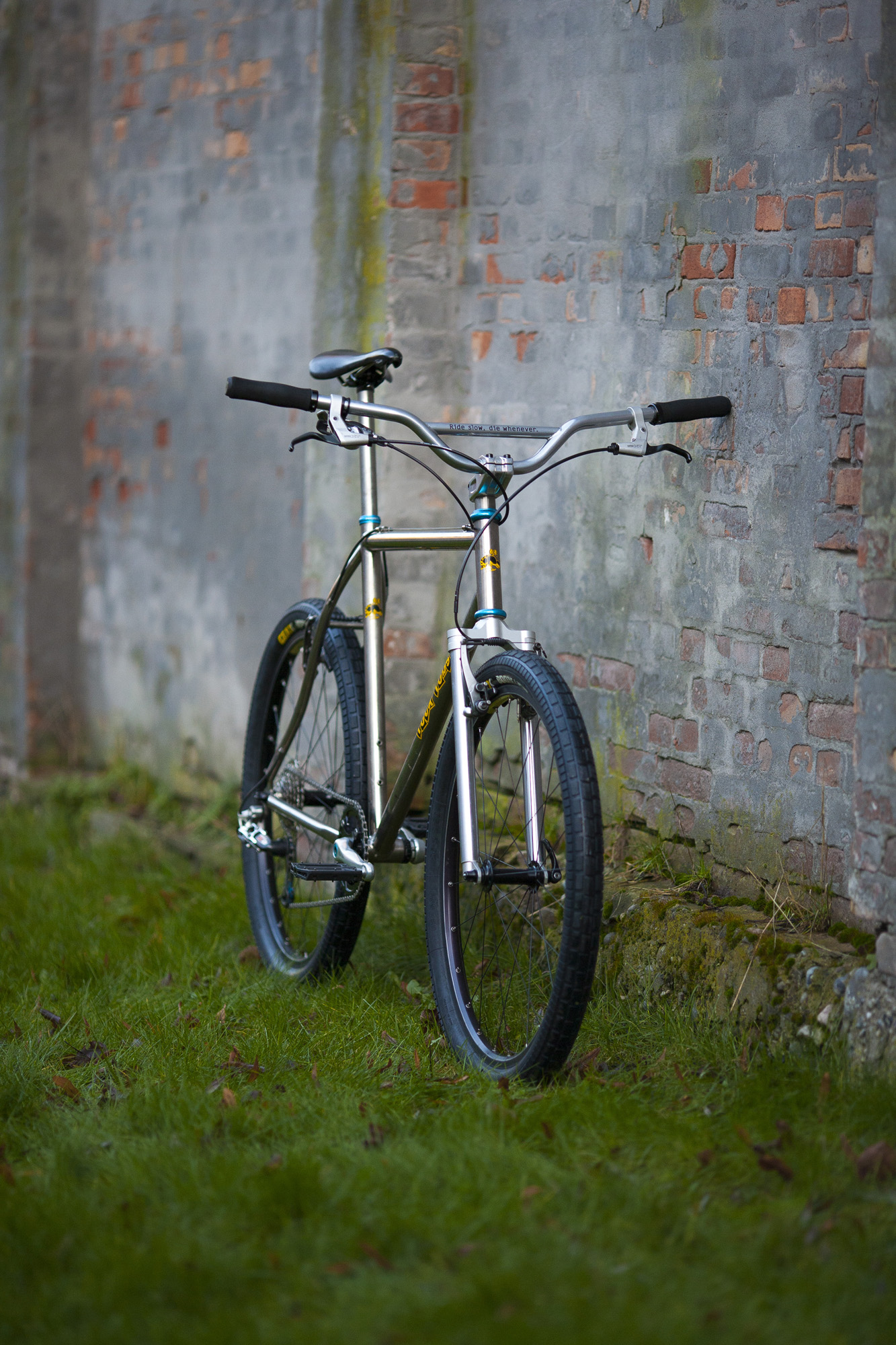 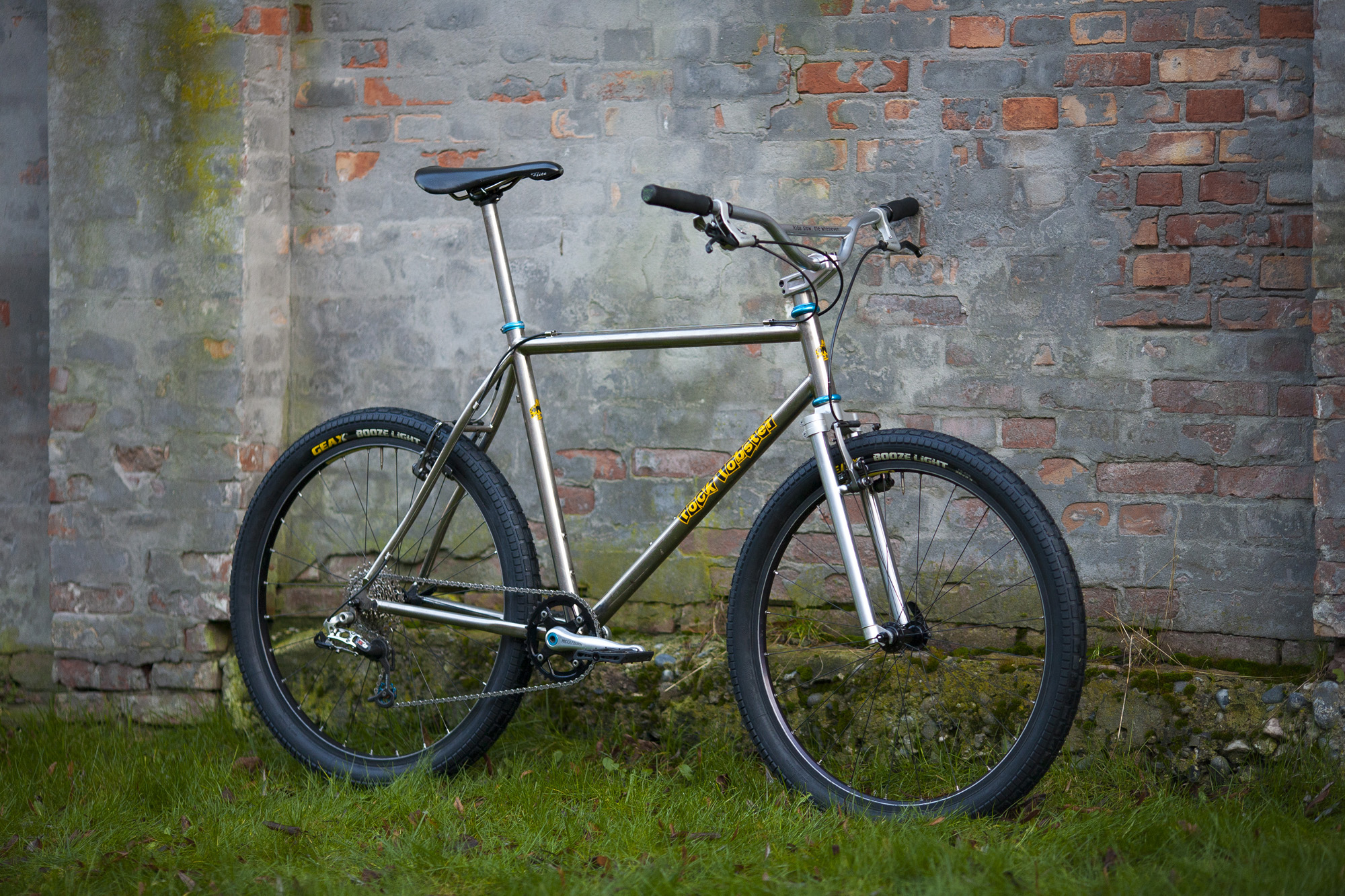 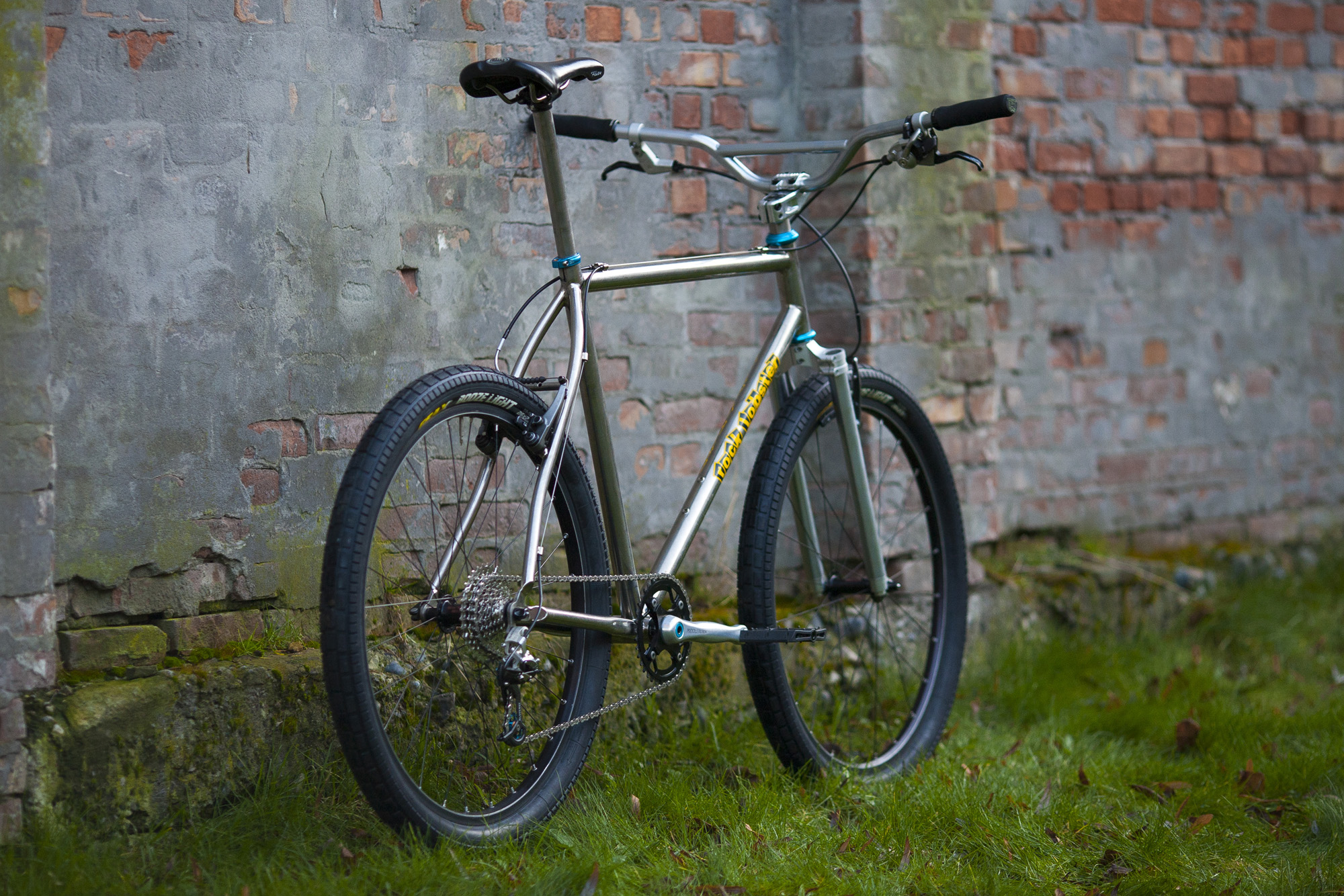 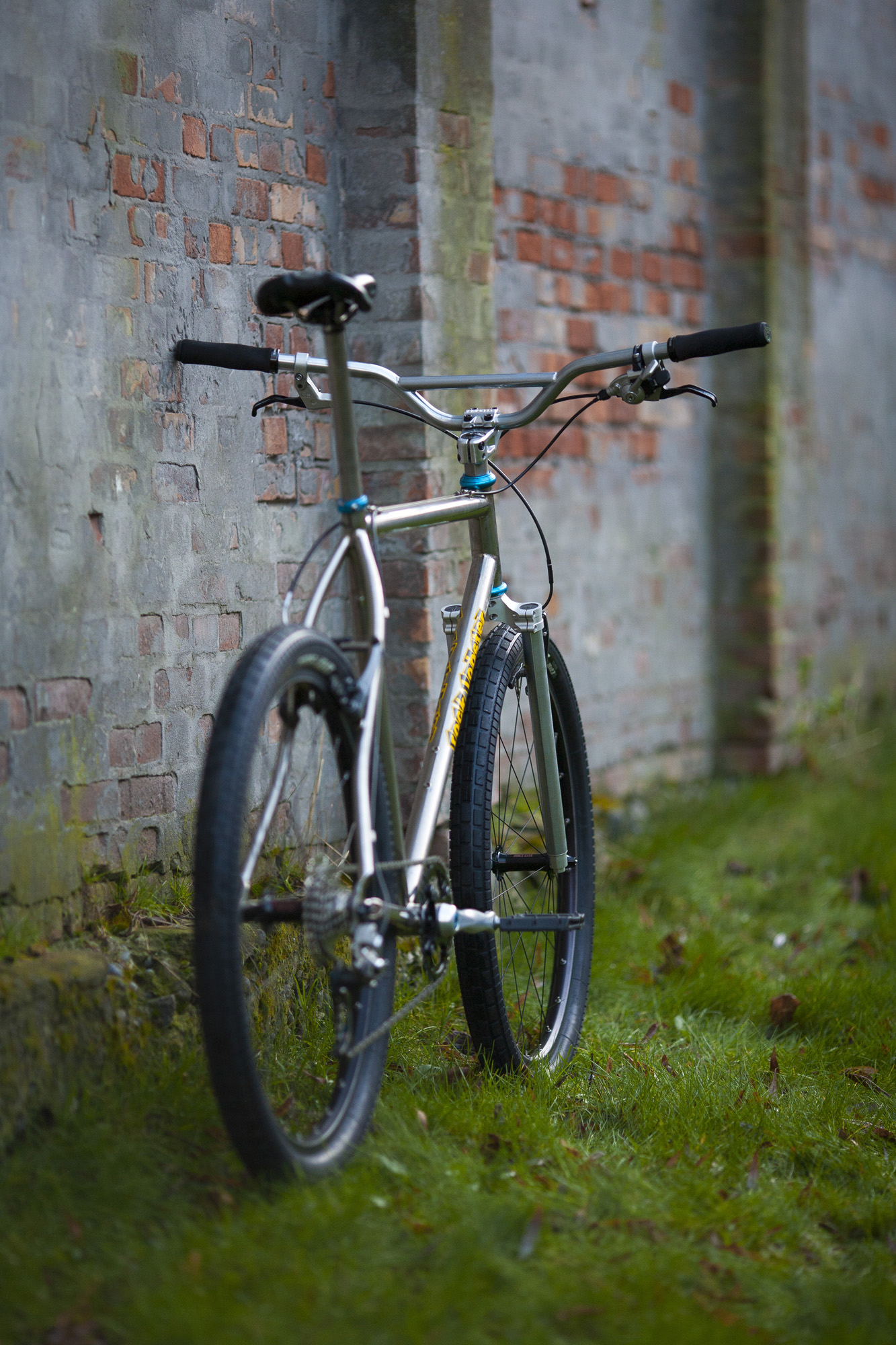 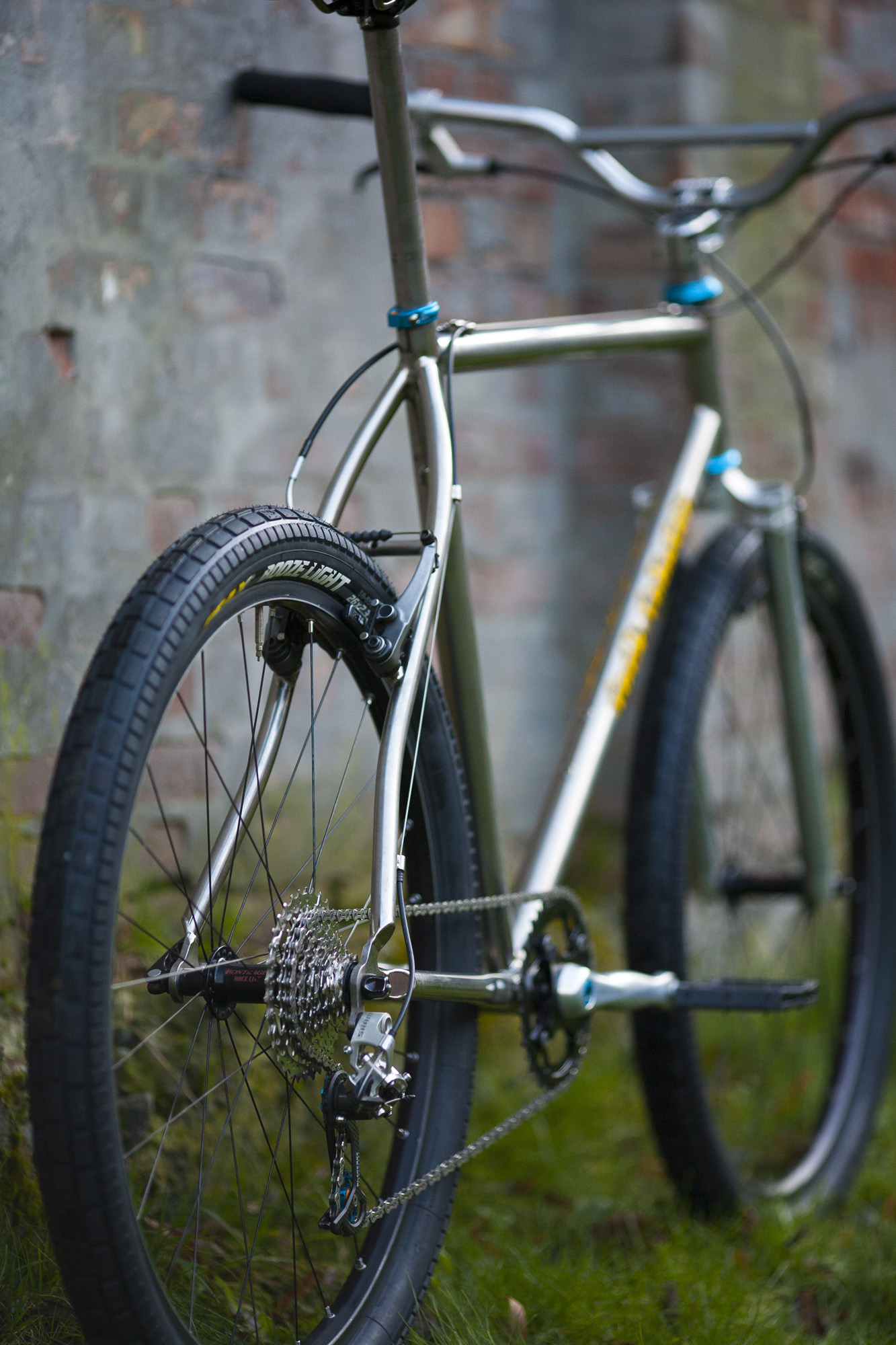