Last summer, Johan and I did a nice couple of days on the bikes around Isefjorden here in Denmark. His bike is a pretty killer, and I’ve been wanting to do a separate piece on it for a while. Since these photos, we’ve both entered the wonderful realm of parenthood, so it took some time to gather our thoughts on this. So here we go, a little background story and a break down of Johan’s Ritchey Break-Away.

He bought the frame second hand from a guy in Copenhagen without knowing much about the brand Ritchey, other than that it was great quality. When the seller shows up carrying a little square suitcase with the two halves inside, Johan realized the term Break-Away was to be taken literally..

Since that day, it’s been set up for cross, commuting, and probably most notably touring. Although the breakaway isn’t the best dedicated touring frame out there, it certainly did the job. All 2350 kilometers of it, from Copenhagen to the south of France, with massive rear panniers and all!

On this overnighter however, a slightly more bikepacking approach was favourable, also getting the weight distributed evenly around the bike. The Porcelain Rocket partial frame bag, Portland Design Works Bindle Rack in the rear, and raddest of all, a Wald 137 up front that we modified to fit his canti studs. #basketpacking

The rest of the build is full of instant classics like the brooks leather, trusty Shimano 105 bits, and the stellar ano blue Mavic Open Pro wheels. No bull shit, really. And yup, orange and blue works surprisingly well together! 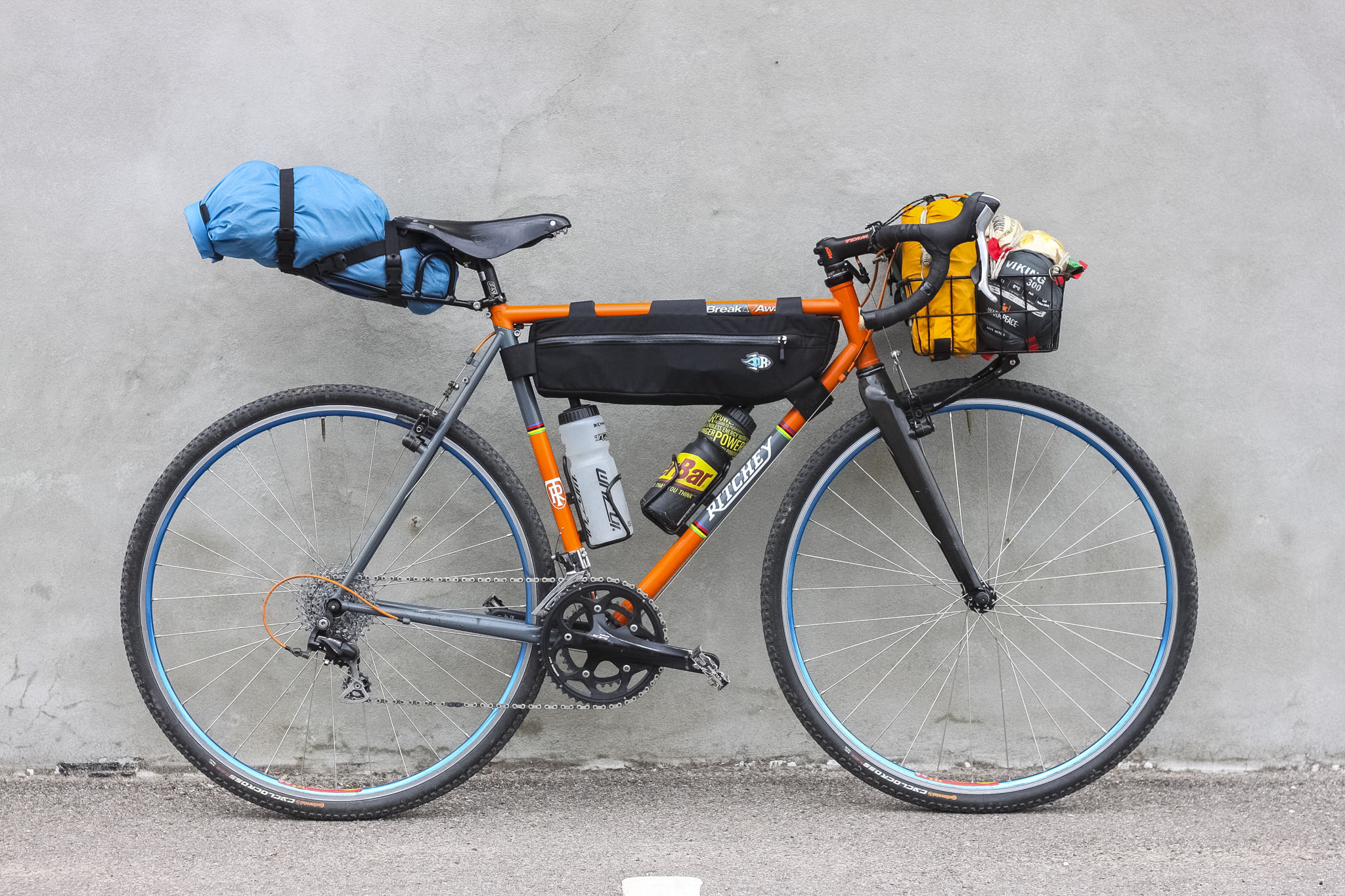 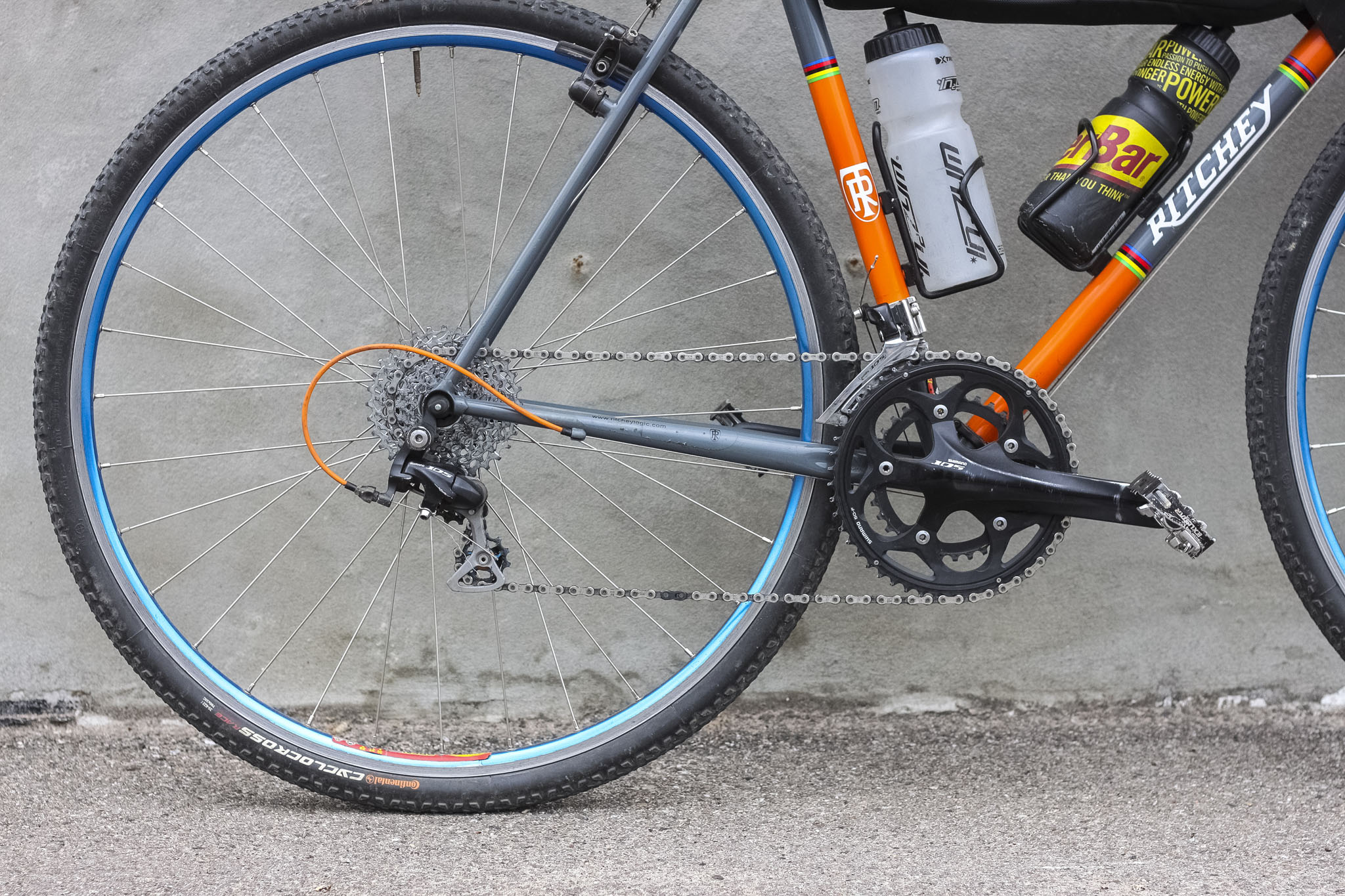 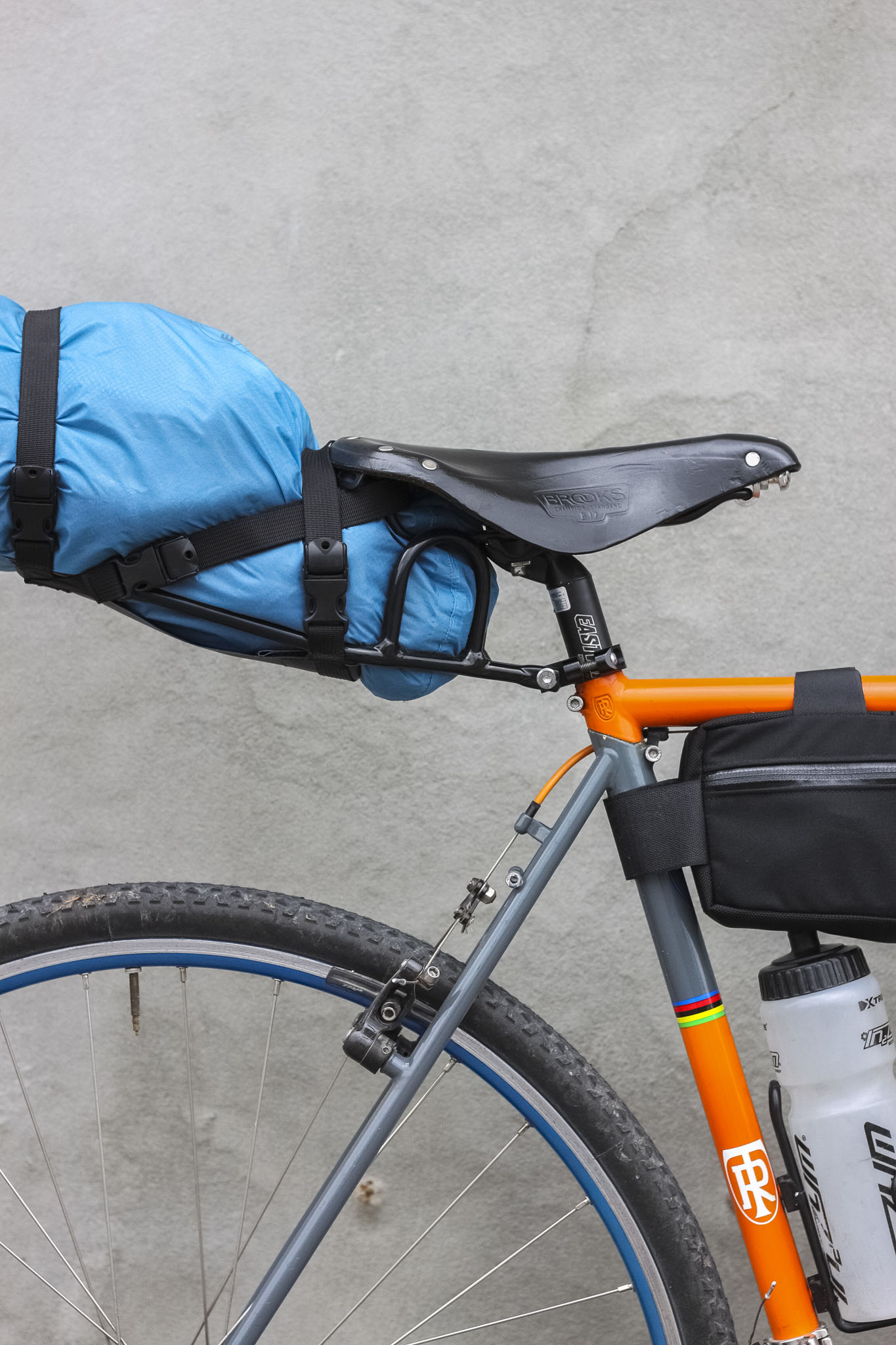 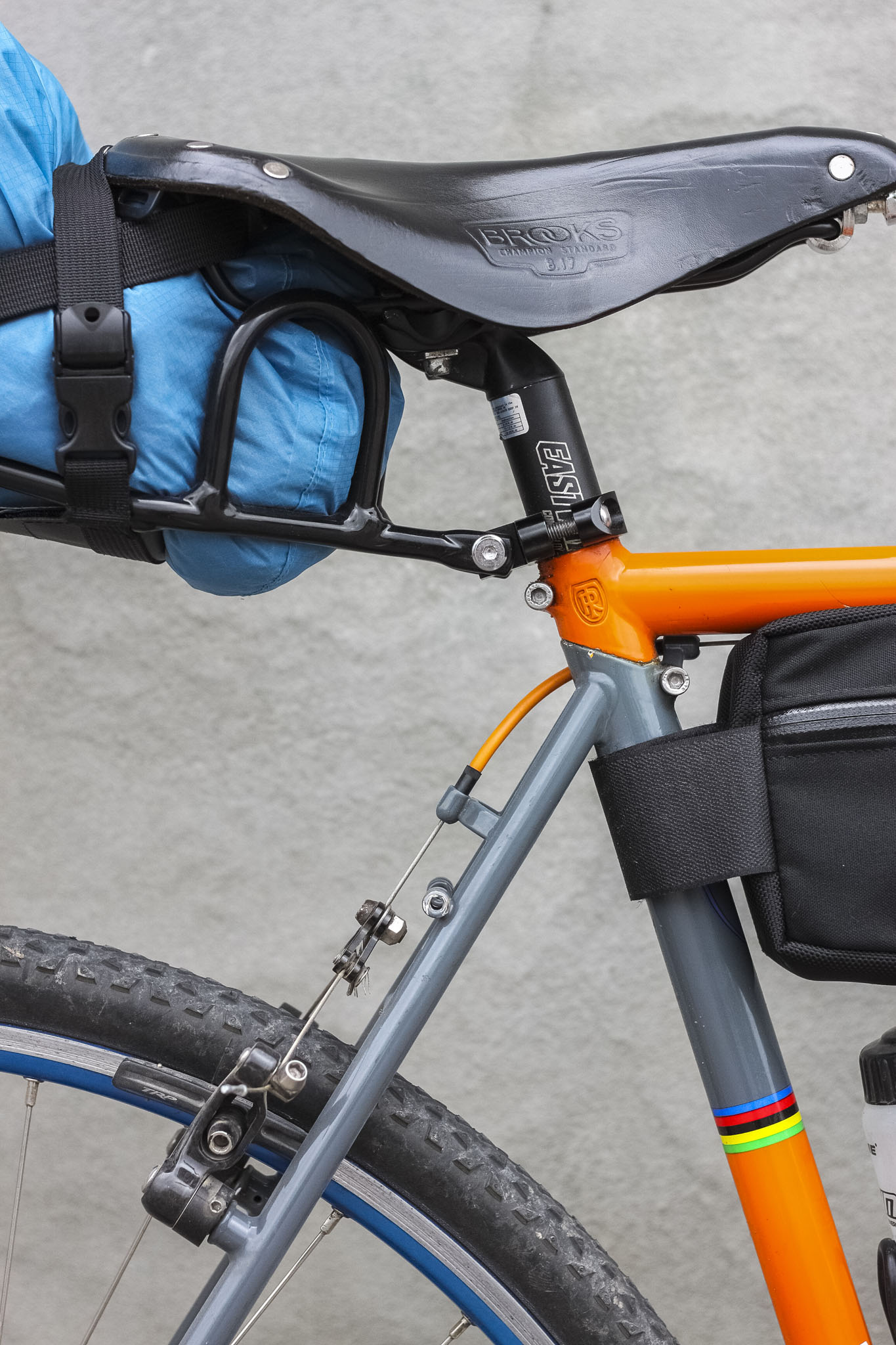 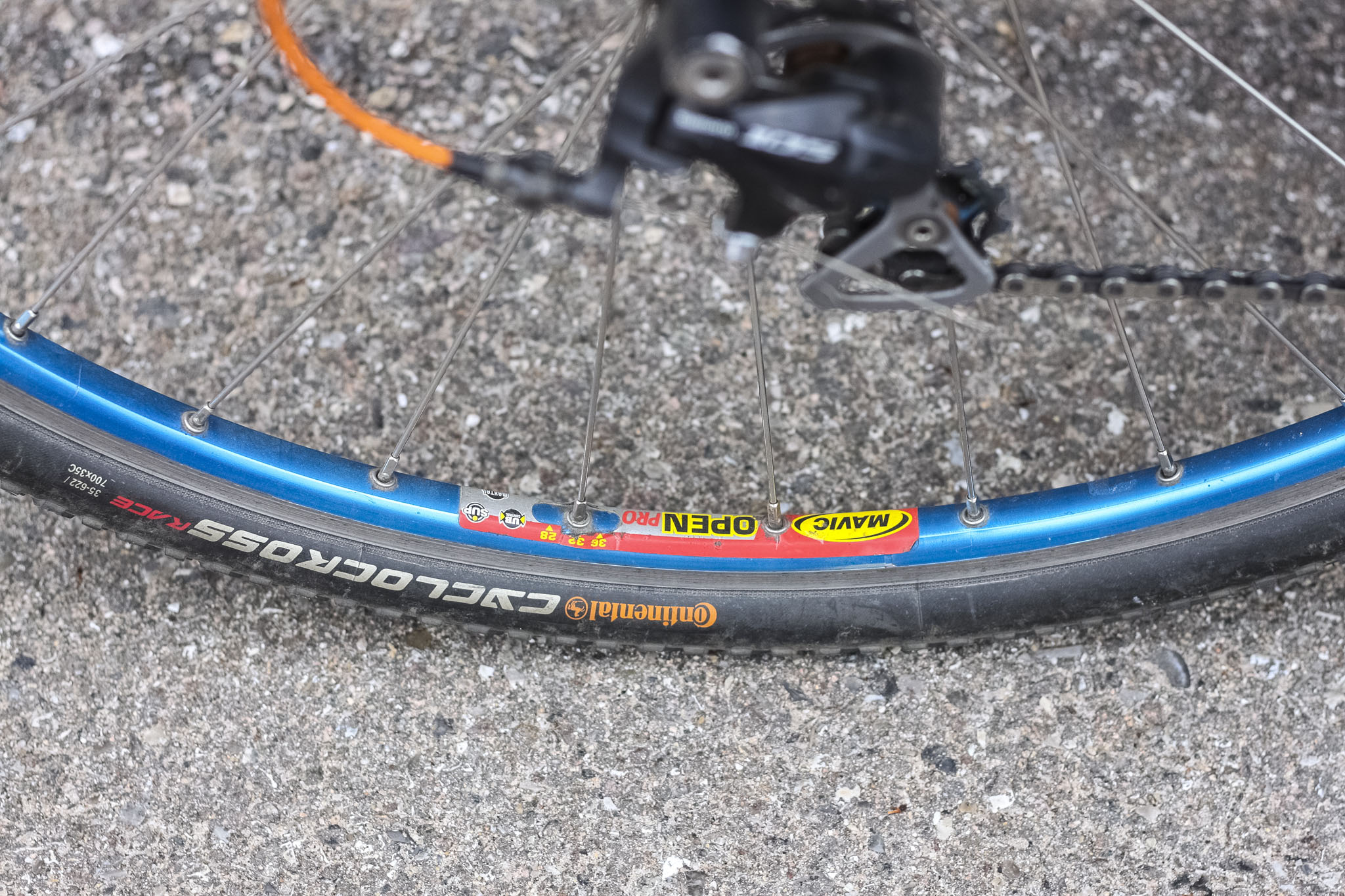 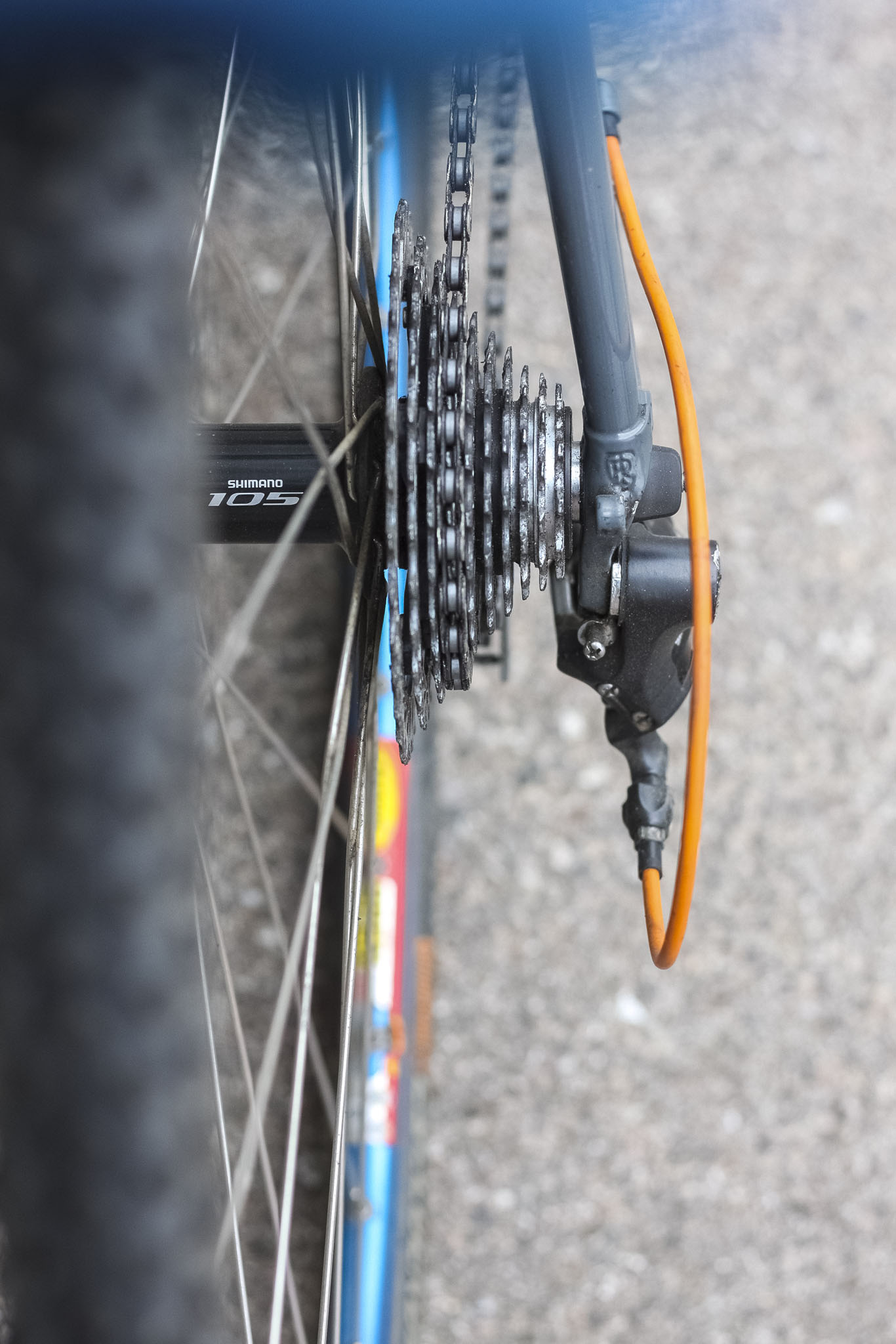 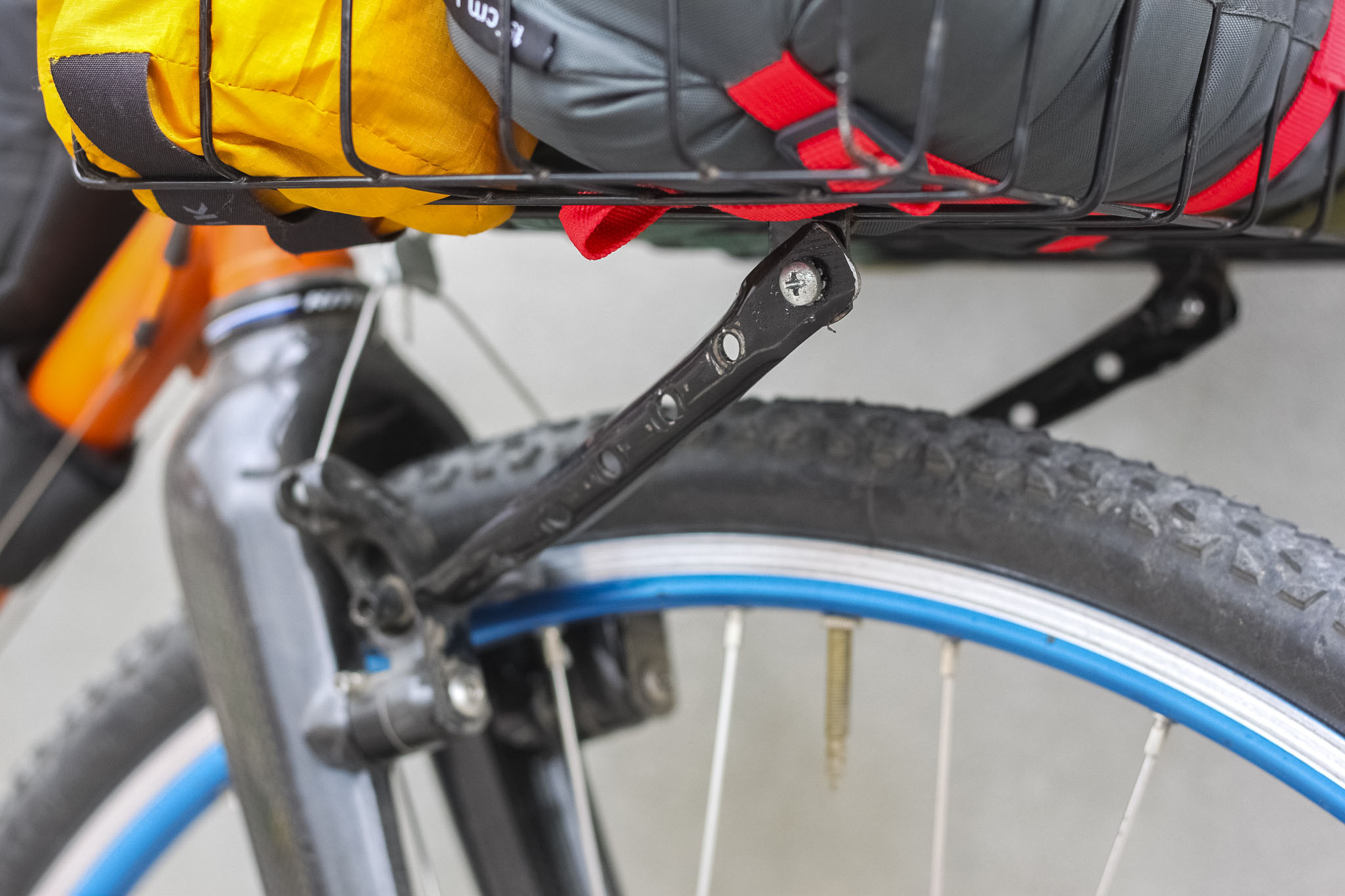 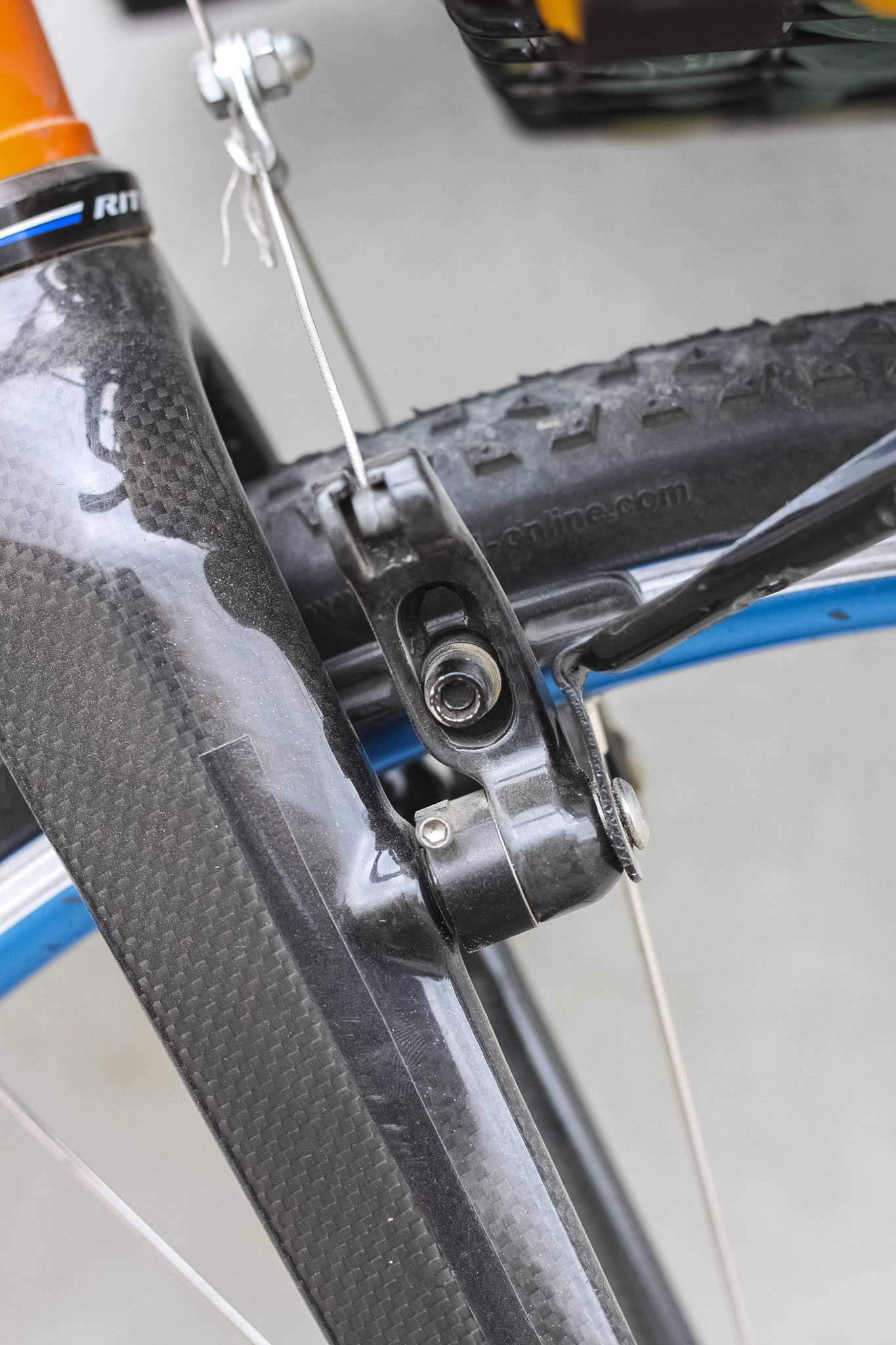 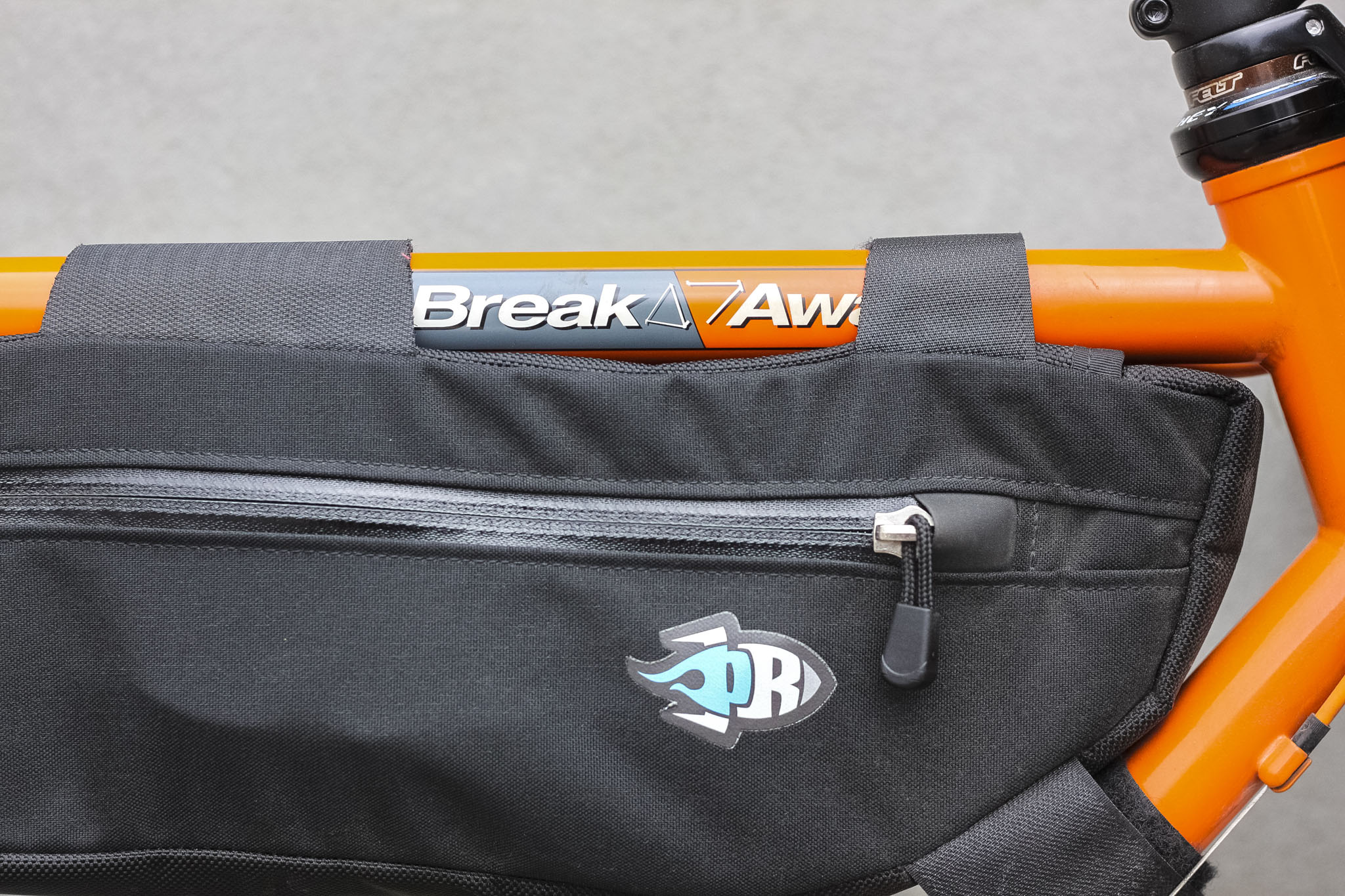 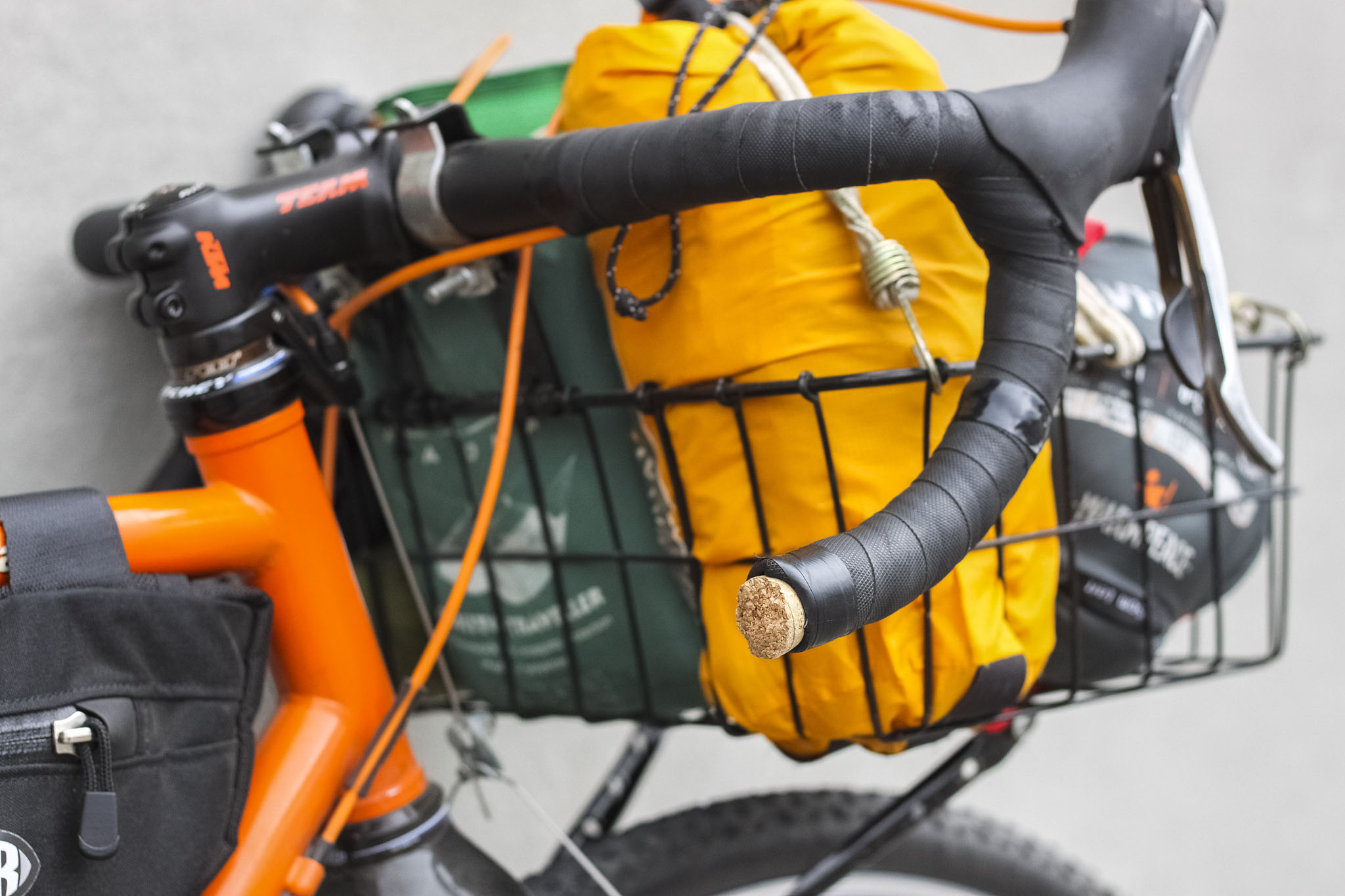 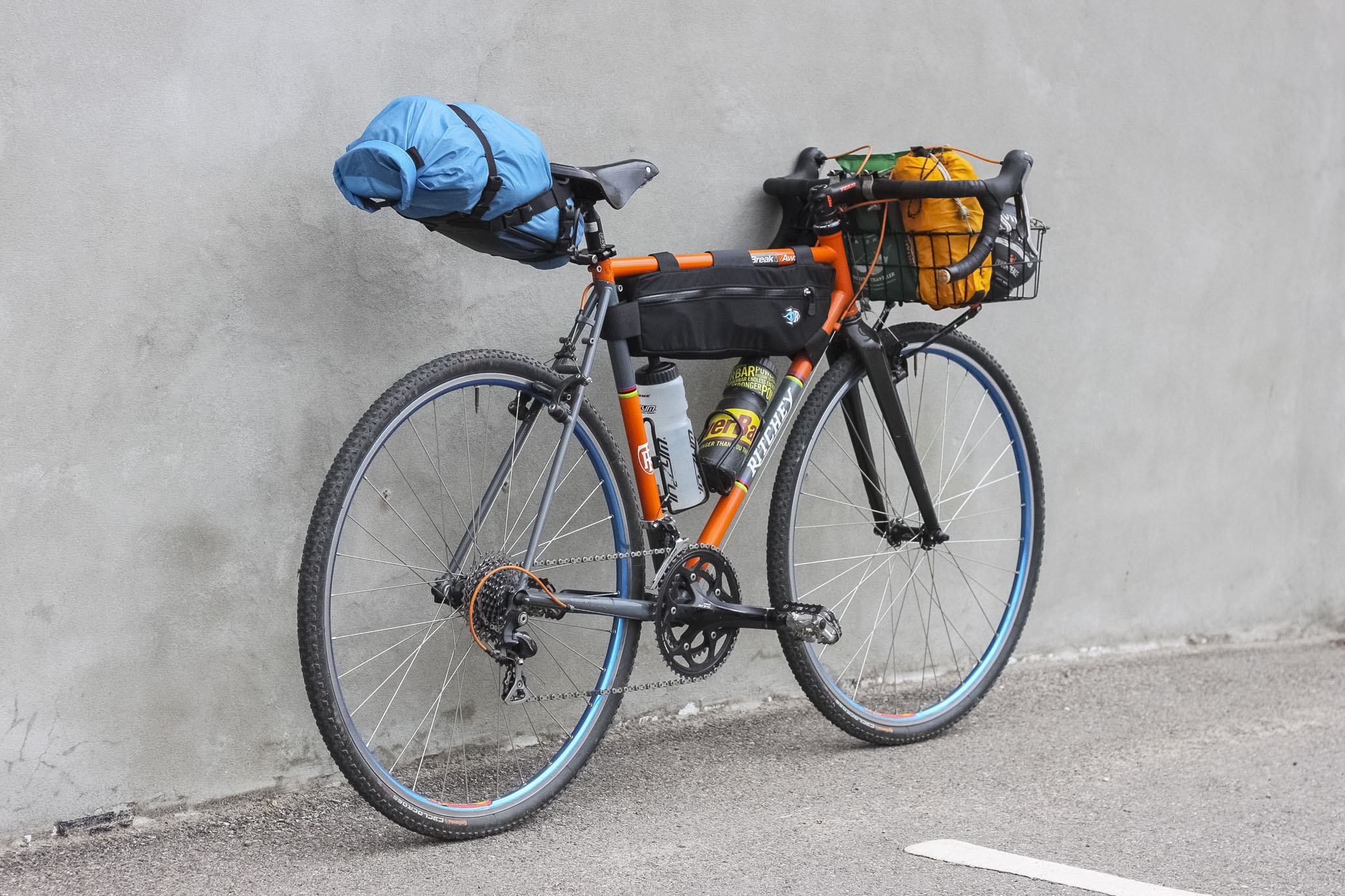 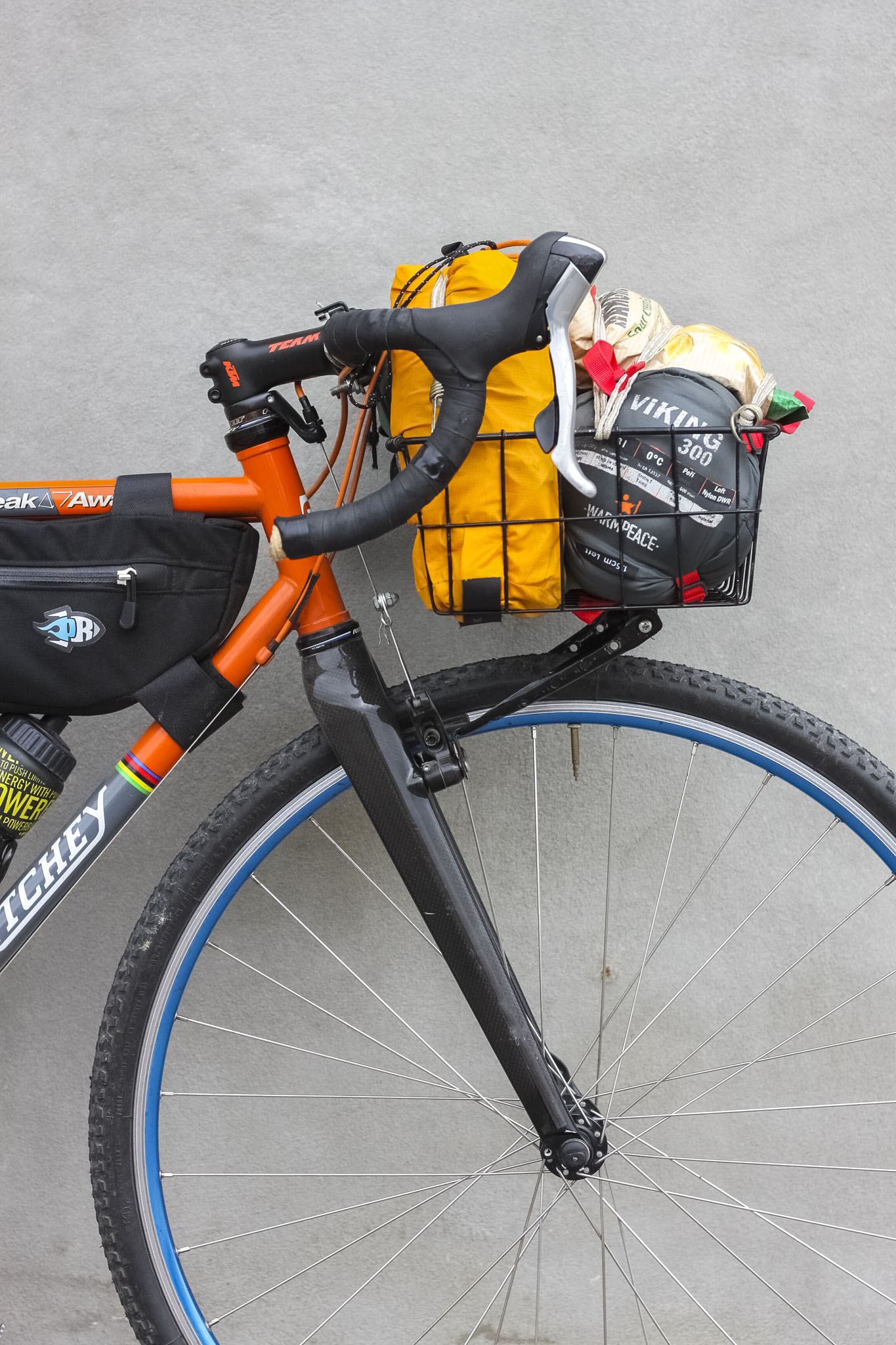 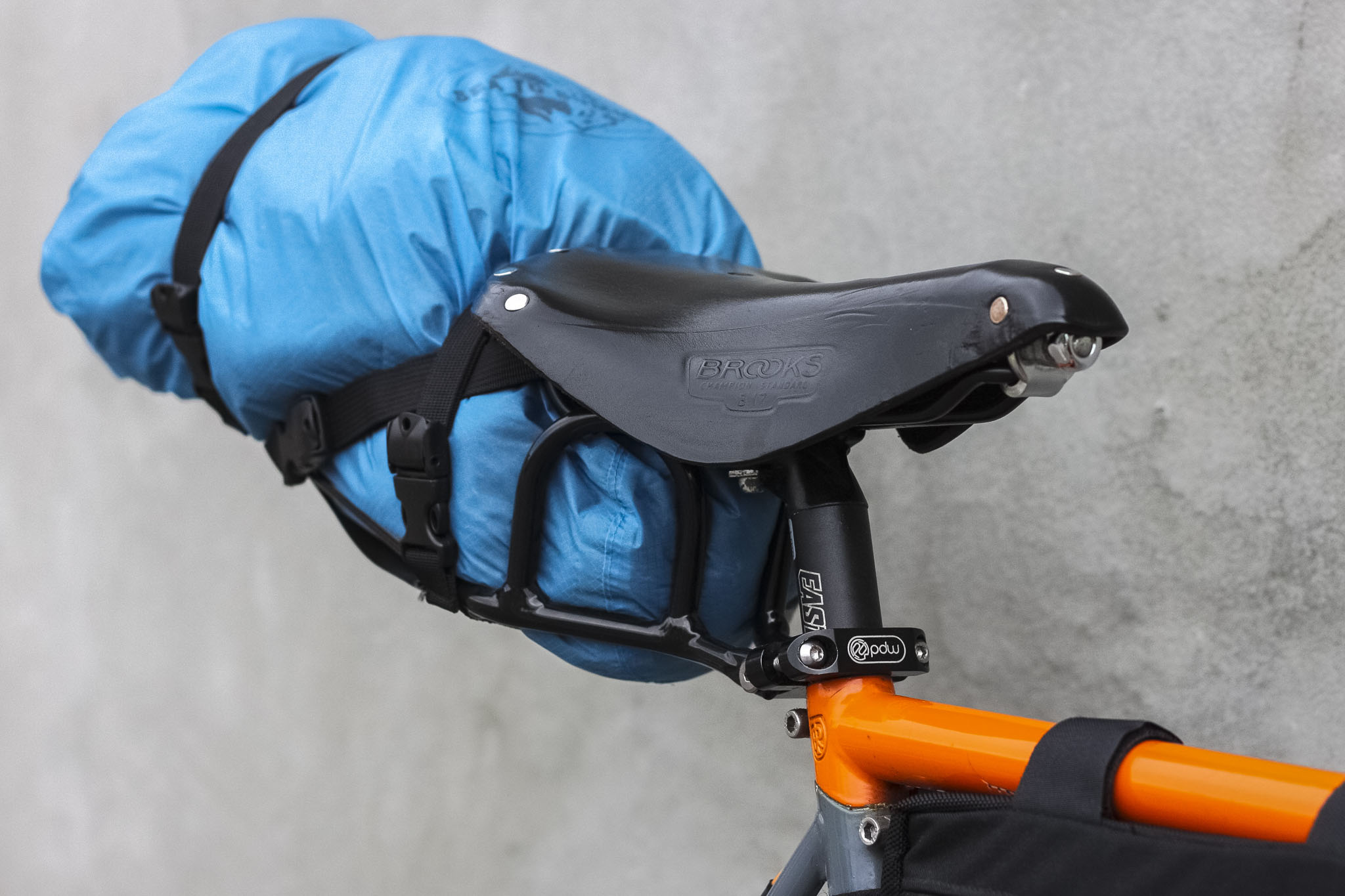 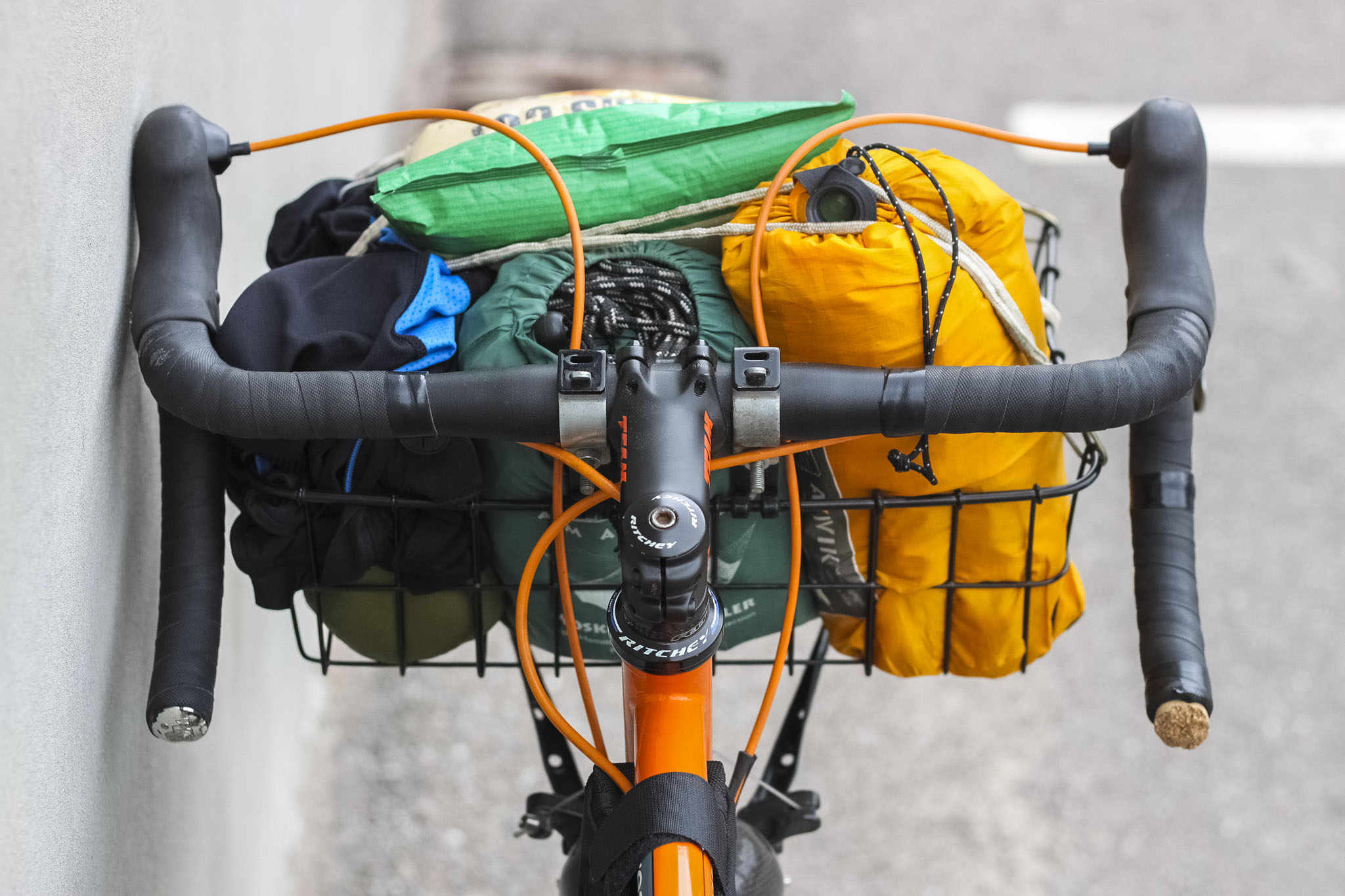 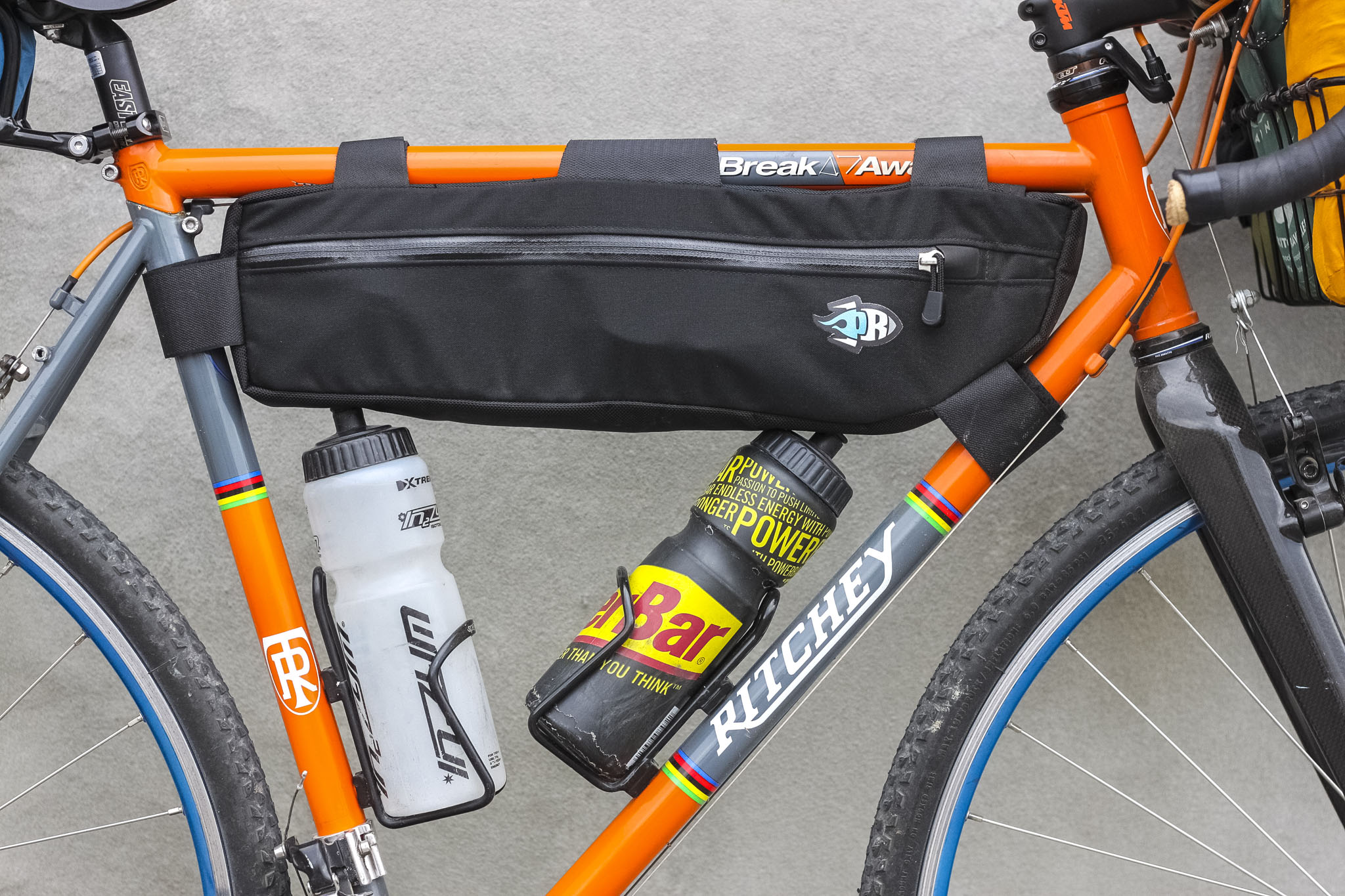 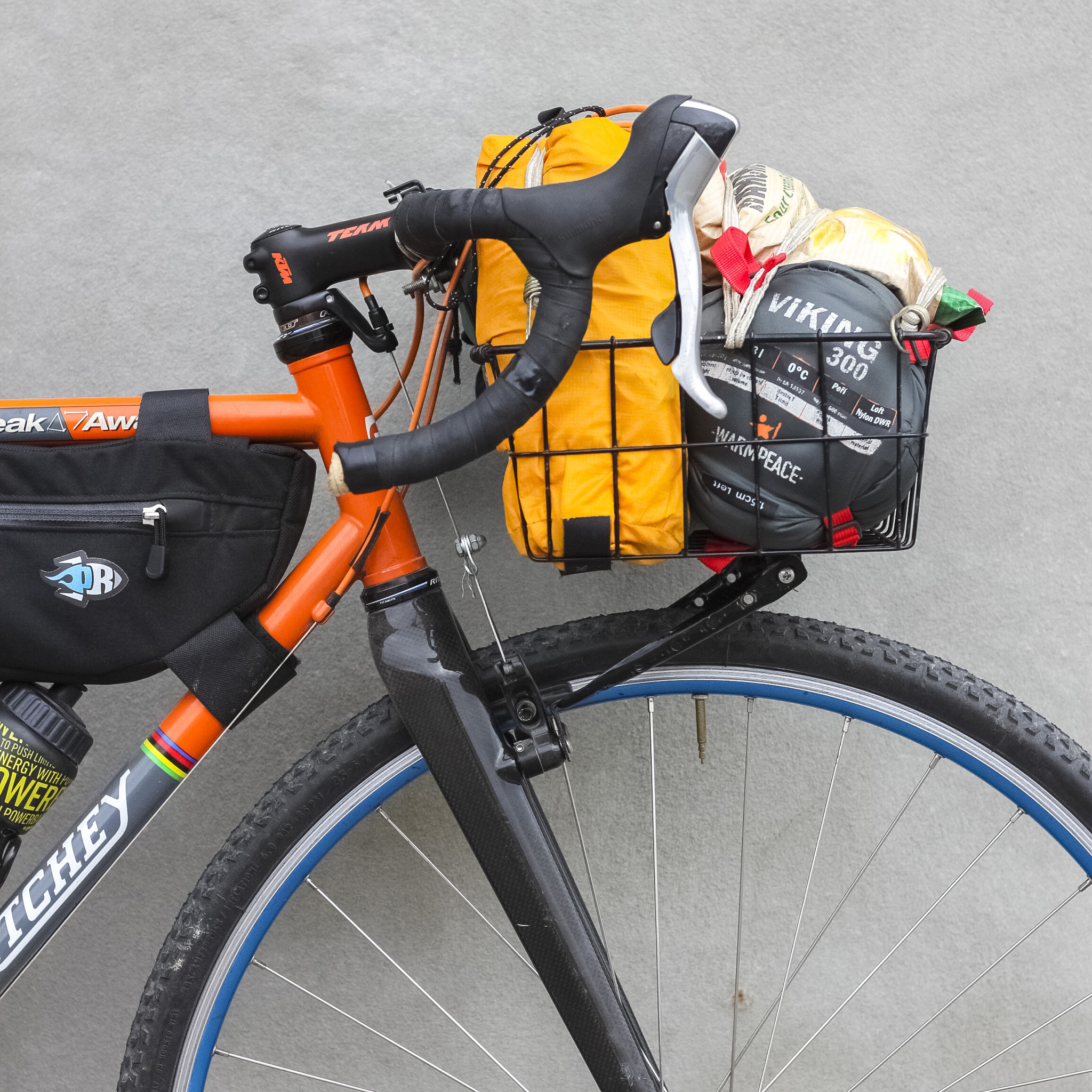