This, ladies and gents, is Gummigeden. It’s probably the bike I’ve put most kilometers on. Nope, that’s not in a check-out-my-strava-points kind of way, it’s more like a this-is-the-bike-I-choose-to-commute-on-85%-of-the-days-in-a-year kind of way. Again, retro mtb conversions are the real deal! #26isjustgettingstarted.

The bike was laying on the side of the road, abandoned, neglected, and unloved. When I found it, it still had some of its stock mid level Shimano parts on it, some missing spokes, blown tires, and a chain stiffer than an I-beam.

I put a laminated (with tape) note on the bike asking if it had an owner, and if so, if they wanted to sell it, signed my name and number. After forgetting all about it for over a month, I rode past one day and saw it was still laying there. No answer, and no sign of movement on the bike. Repurposing time!

After shouldering what felt like the worlds heaviest bike back home, I began stripping it down to the essentials. It turned out the only functional things left were the frame, fork, and headset. Everything else was unsalvageable. While working on it in the stand, the headset and bottom bracket shell started leaking that good bright orange liquid rust. The sign of a real steel bike.. But something weird was going on. Condensation kept forming on the tubes, and it kept dripping from the headset and bb. However now the water was getting more and more clear. After way too long, I realized the inside of the seat tube and down tube were solid rods of ice, which was slowly melting away in the warmth of my workshop. Makes sense as it had been sitting outside collecting water, and now was the middle of winter.

As for the build, it’s a serious jumble of old and new, from an abundance of different places. So for maximum boring points, I’m gonna make a list.

It’s a bike for commuting, bunny hopping, skidding, gravel grinding, day riding, etc. Usually it’s set up with the Cetma Cargo front rack, like in this post, but when I shot these photos, the lighter more rando style setup was more suitable for the multisurface day ride I was on. Here are some photos.

tl;dr – I found a bike and made it cool. 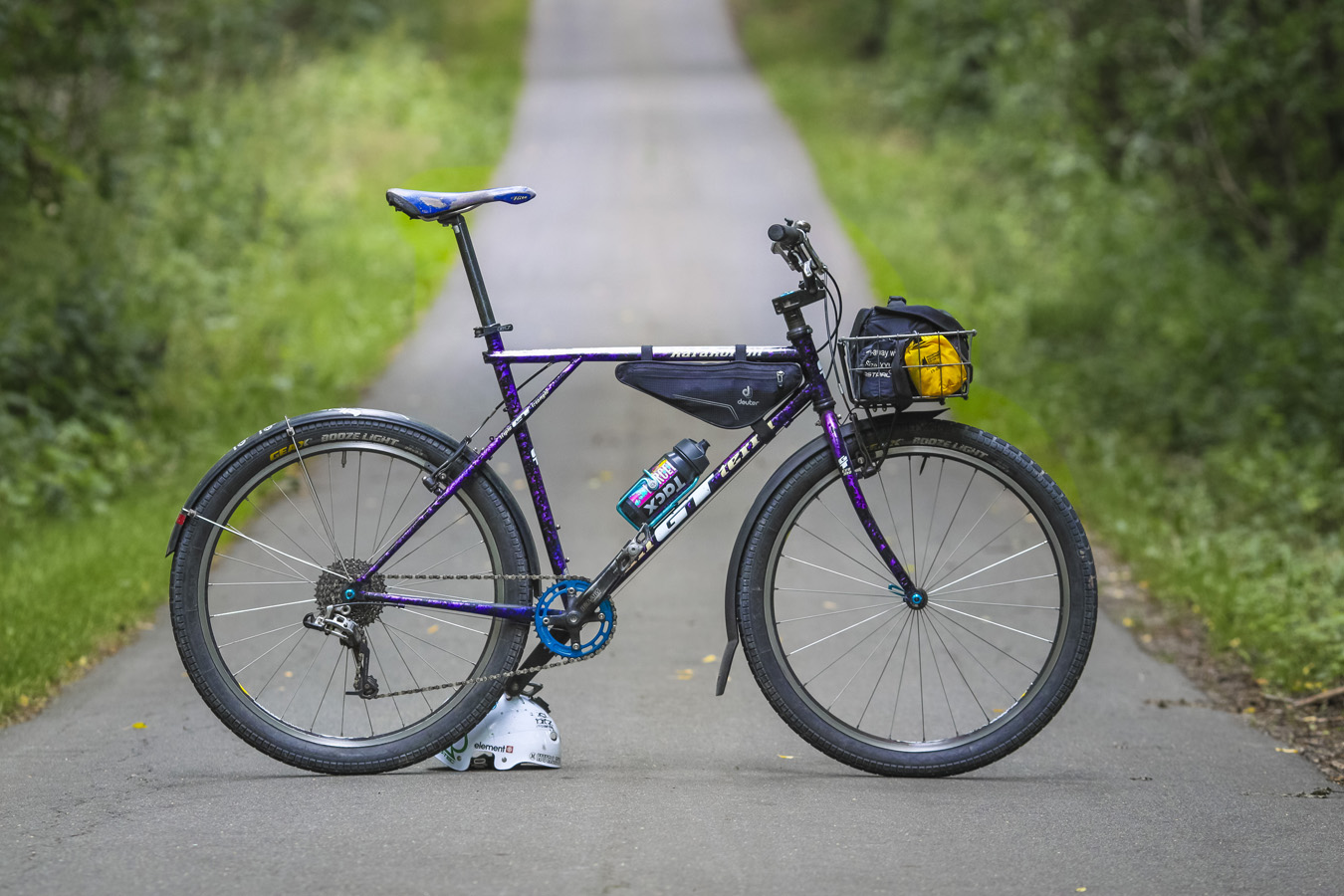 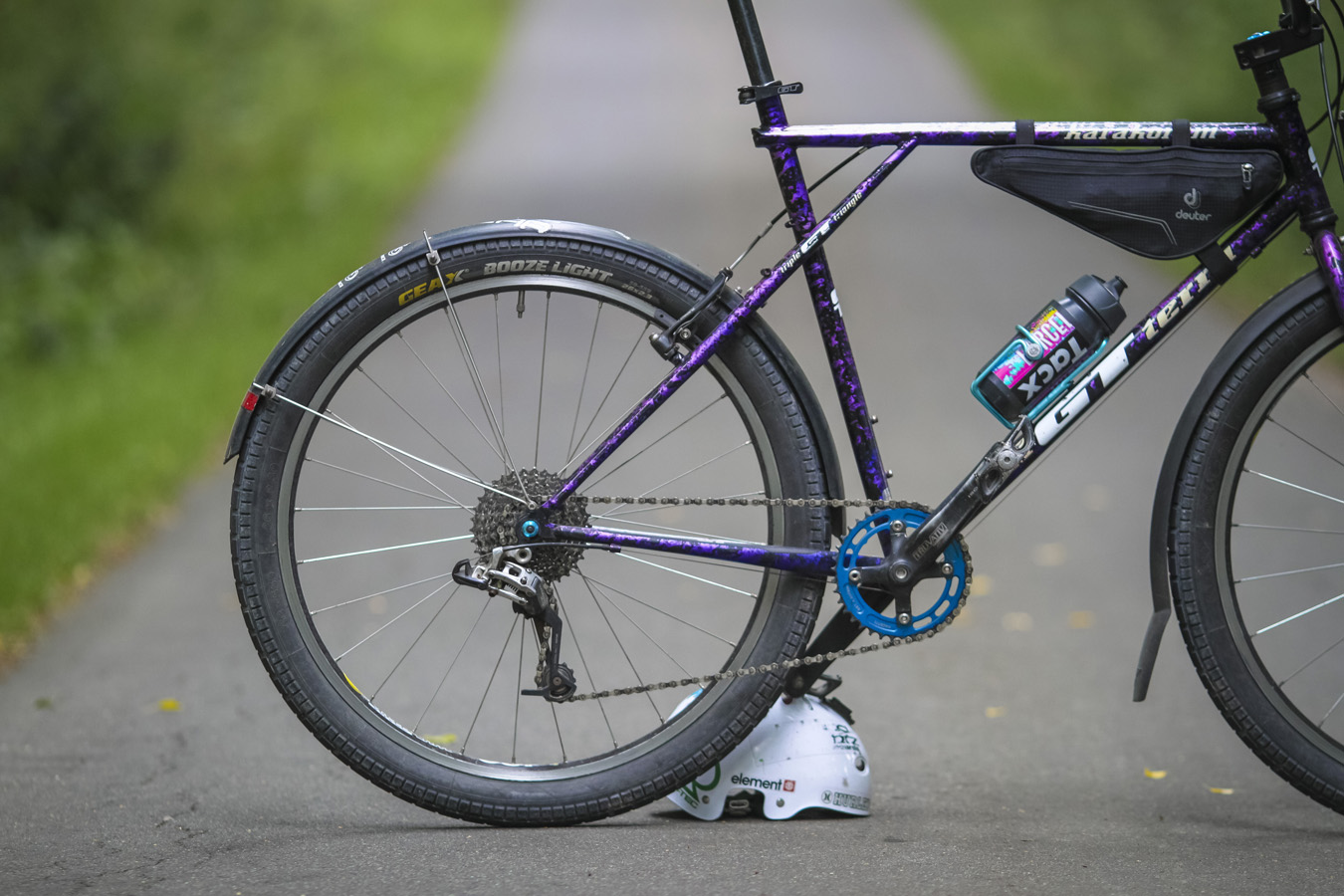 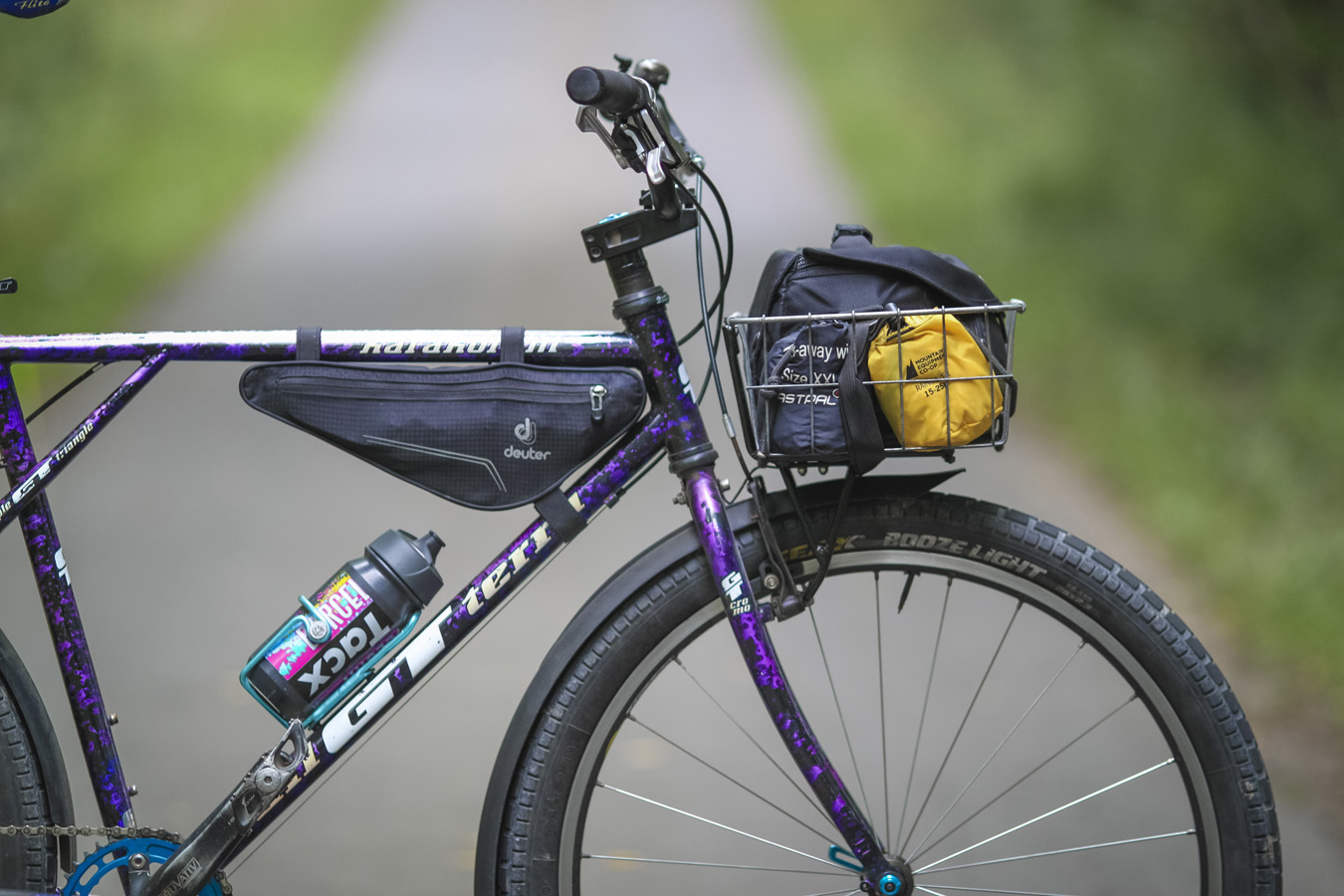 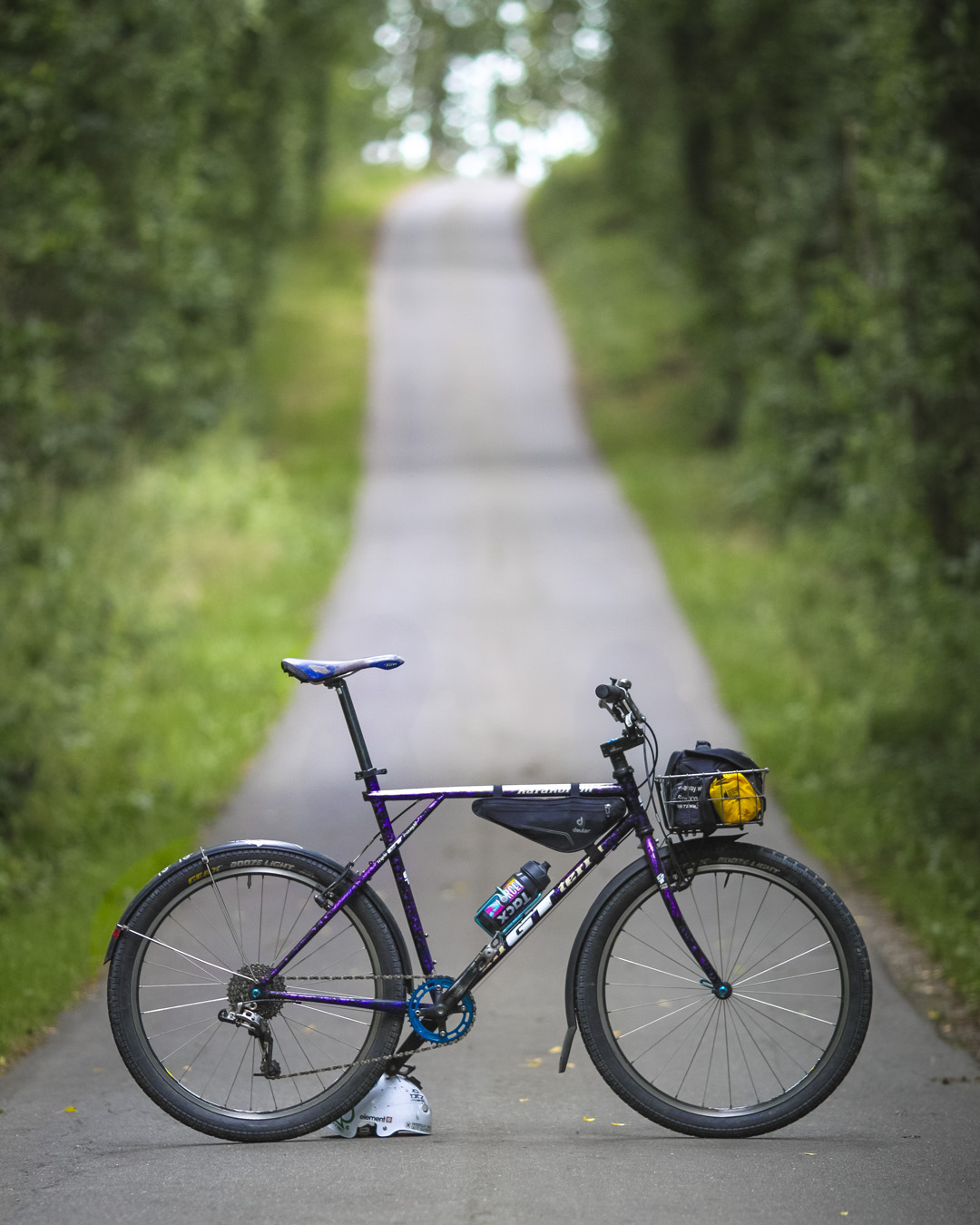 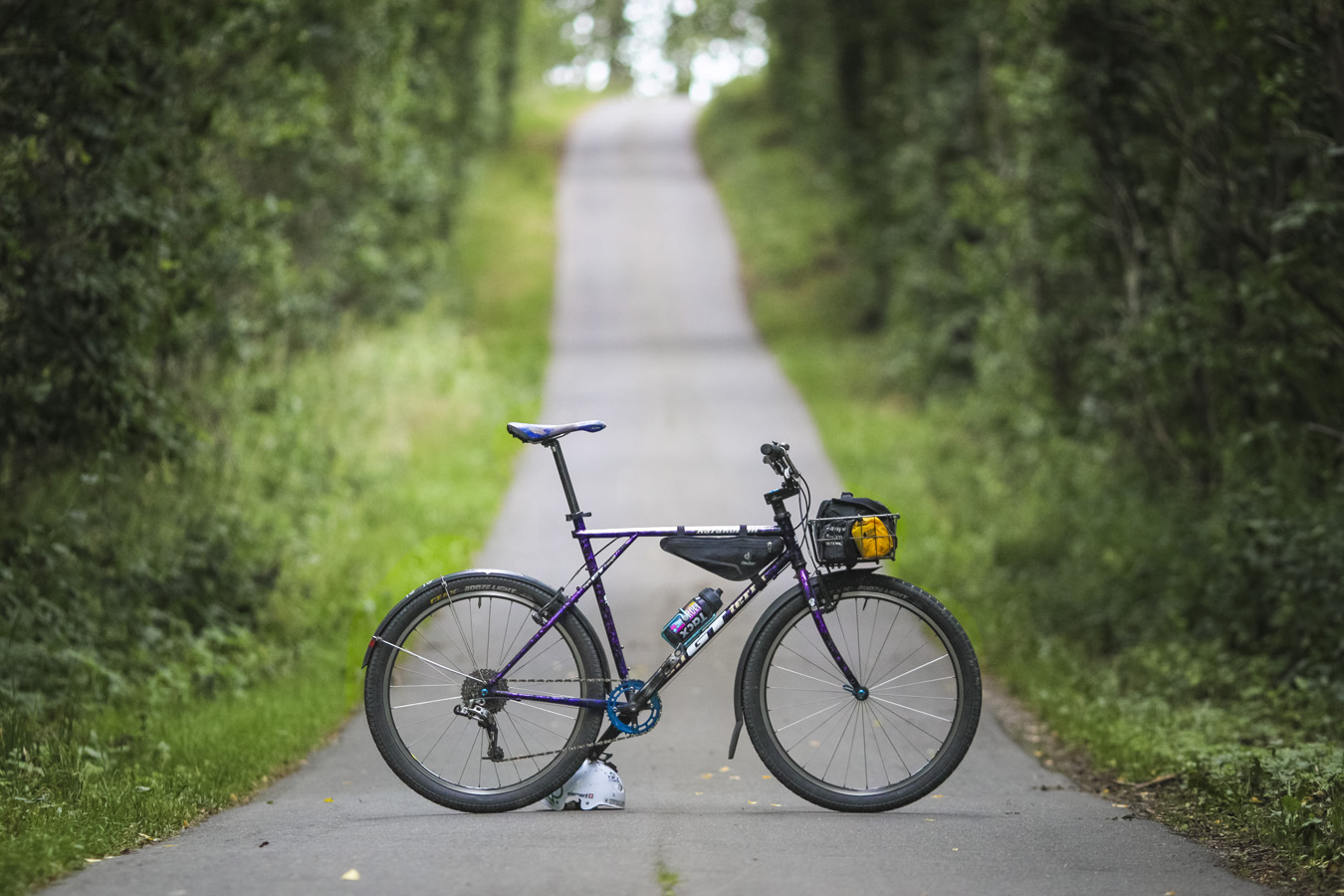 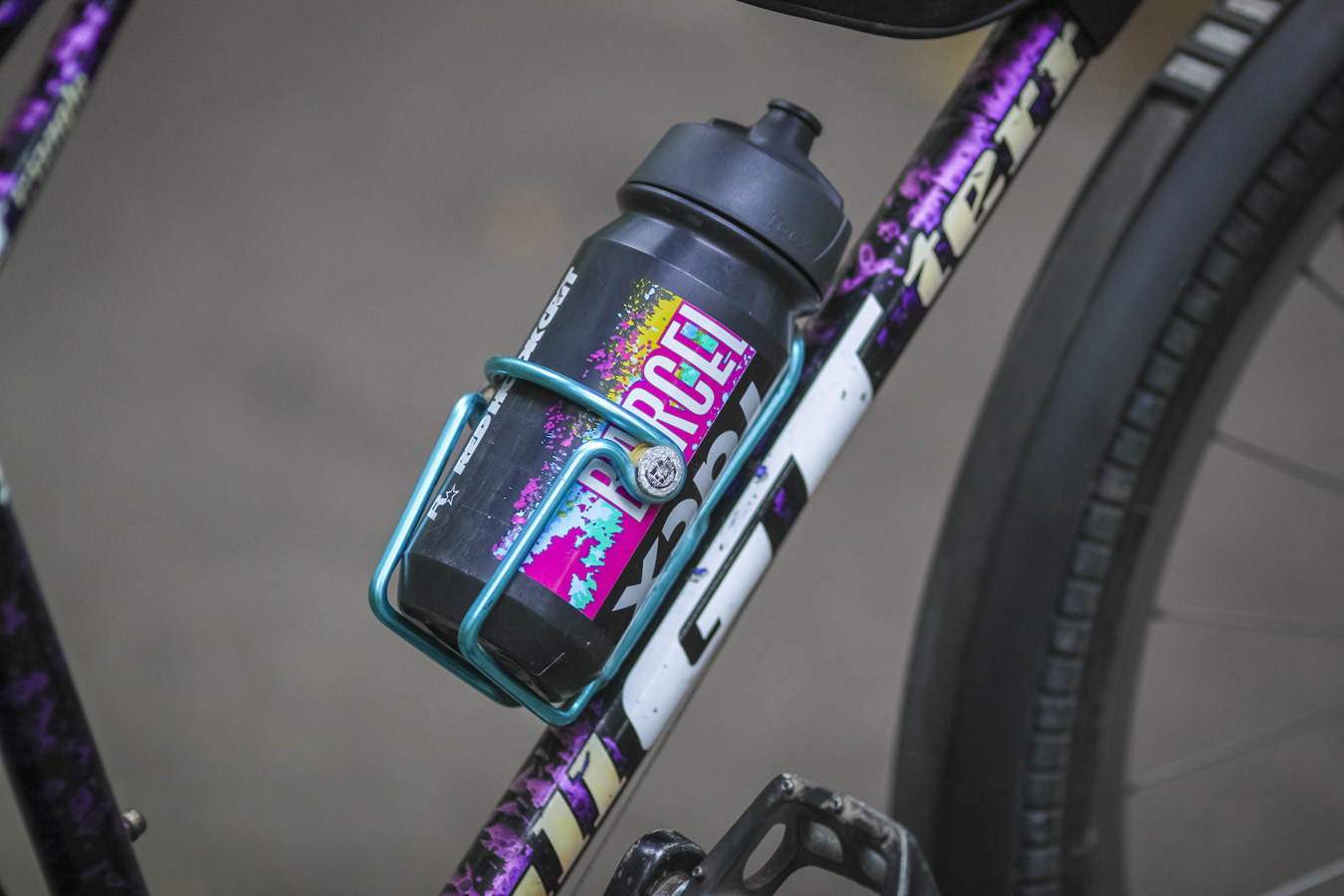 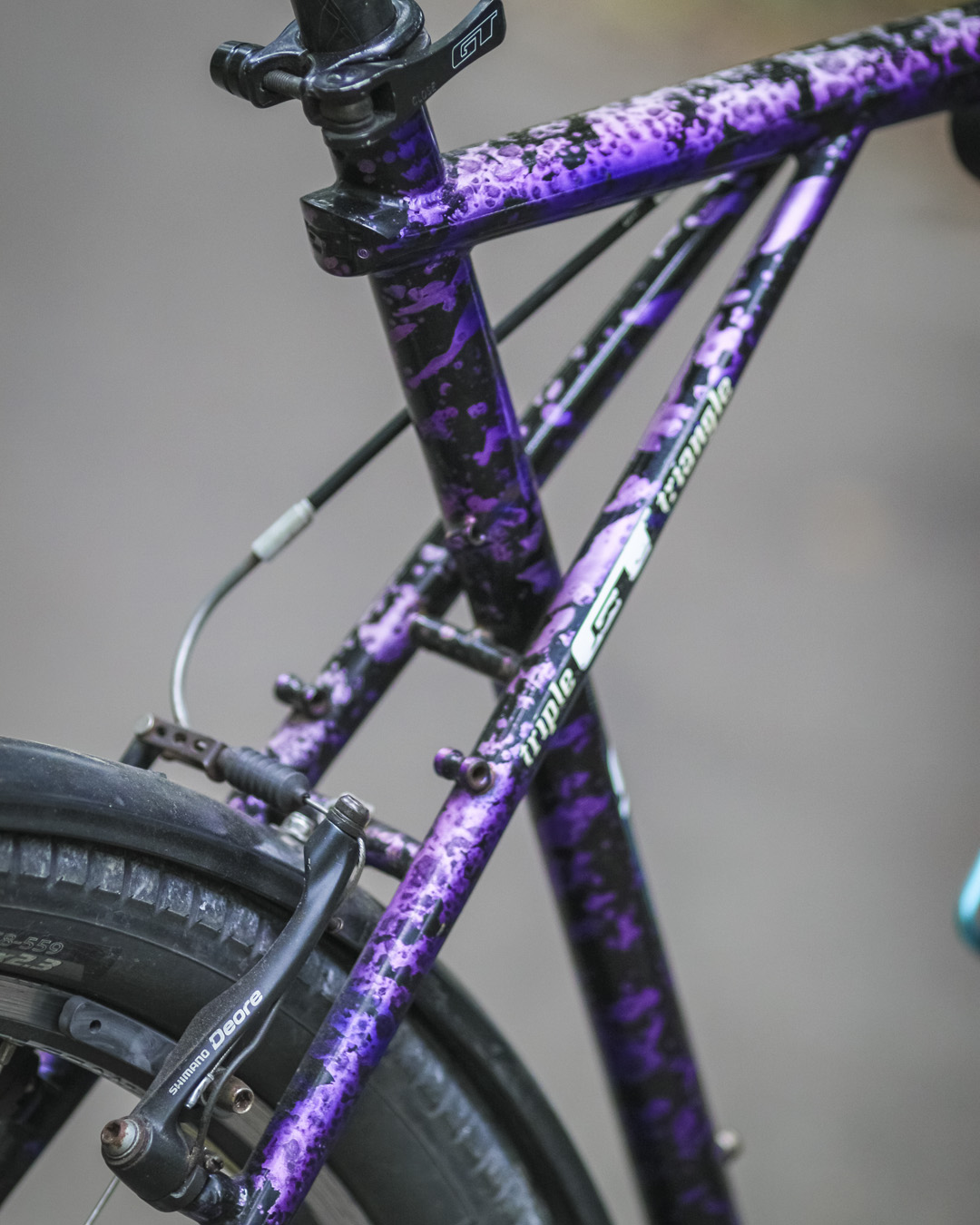 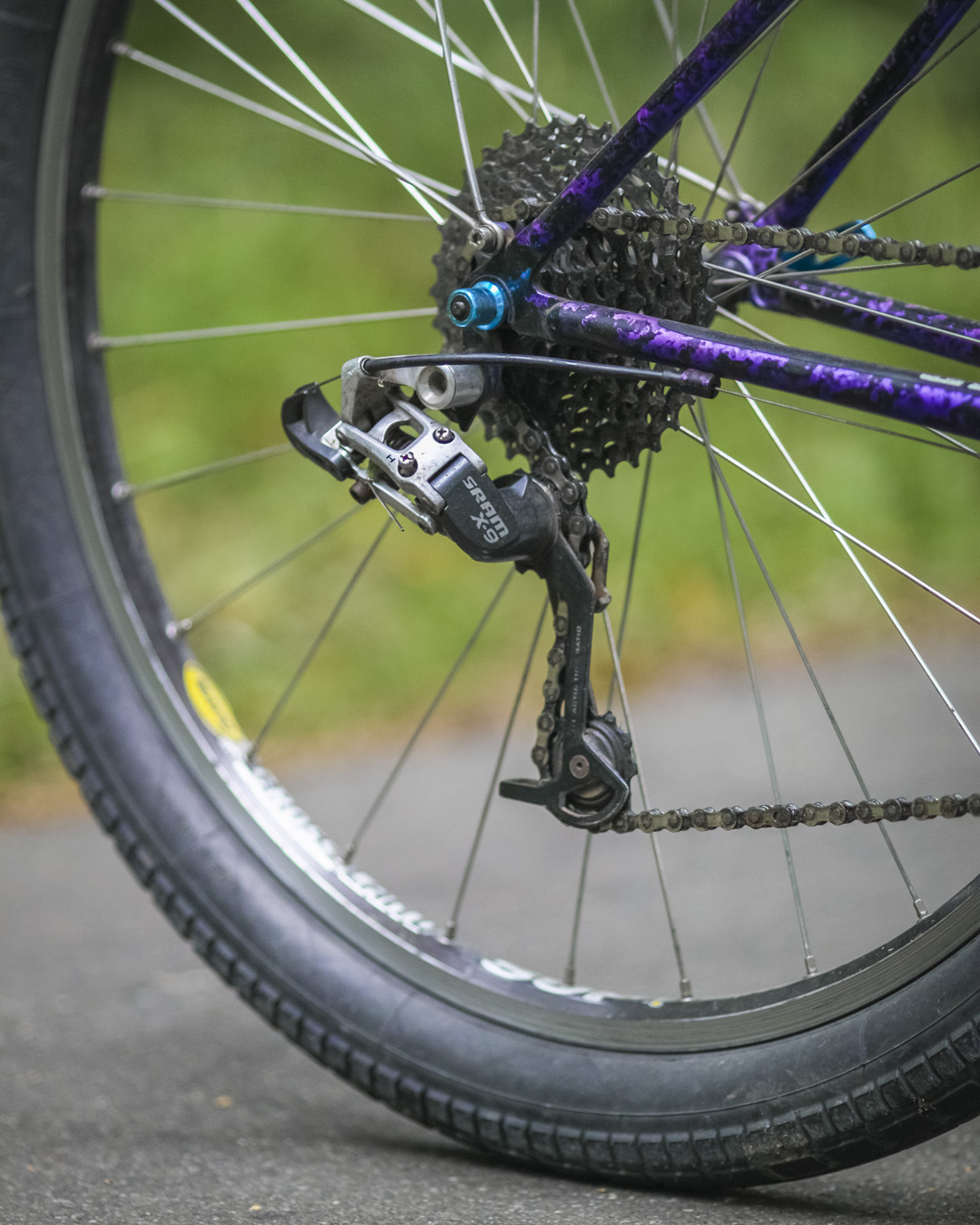 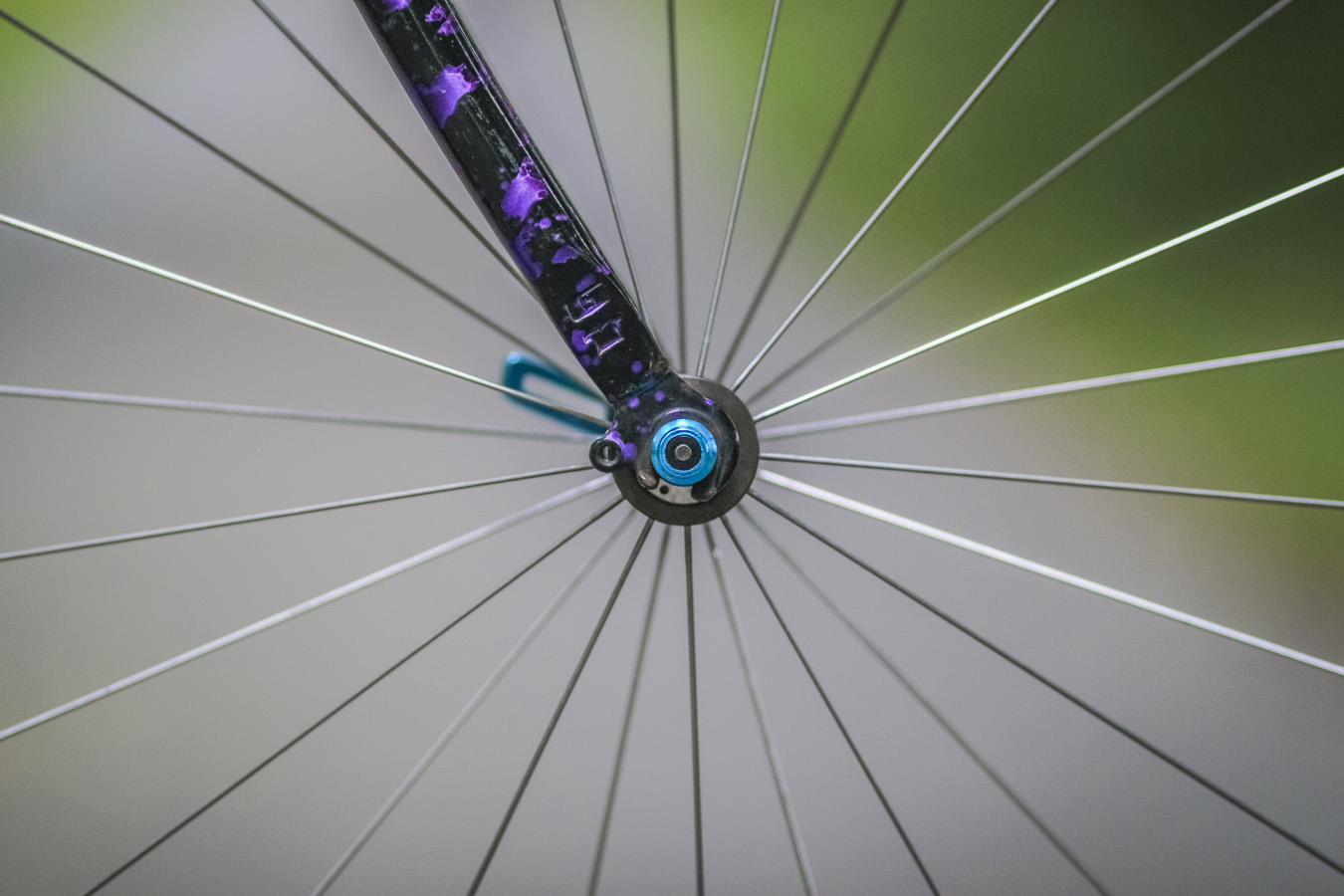 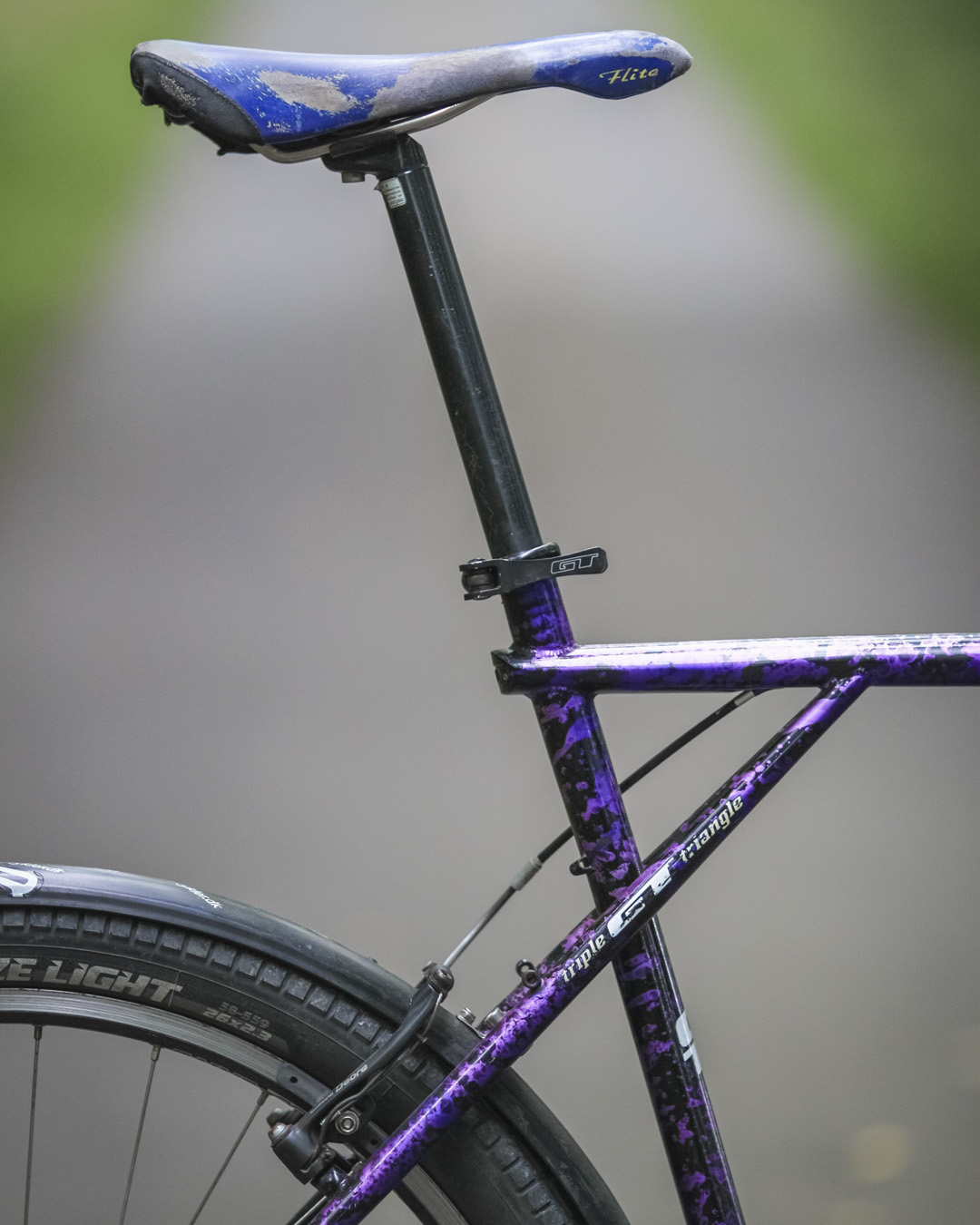 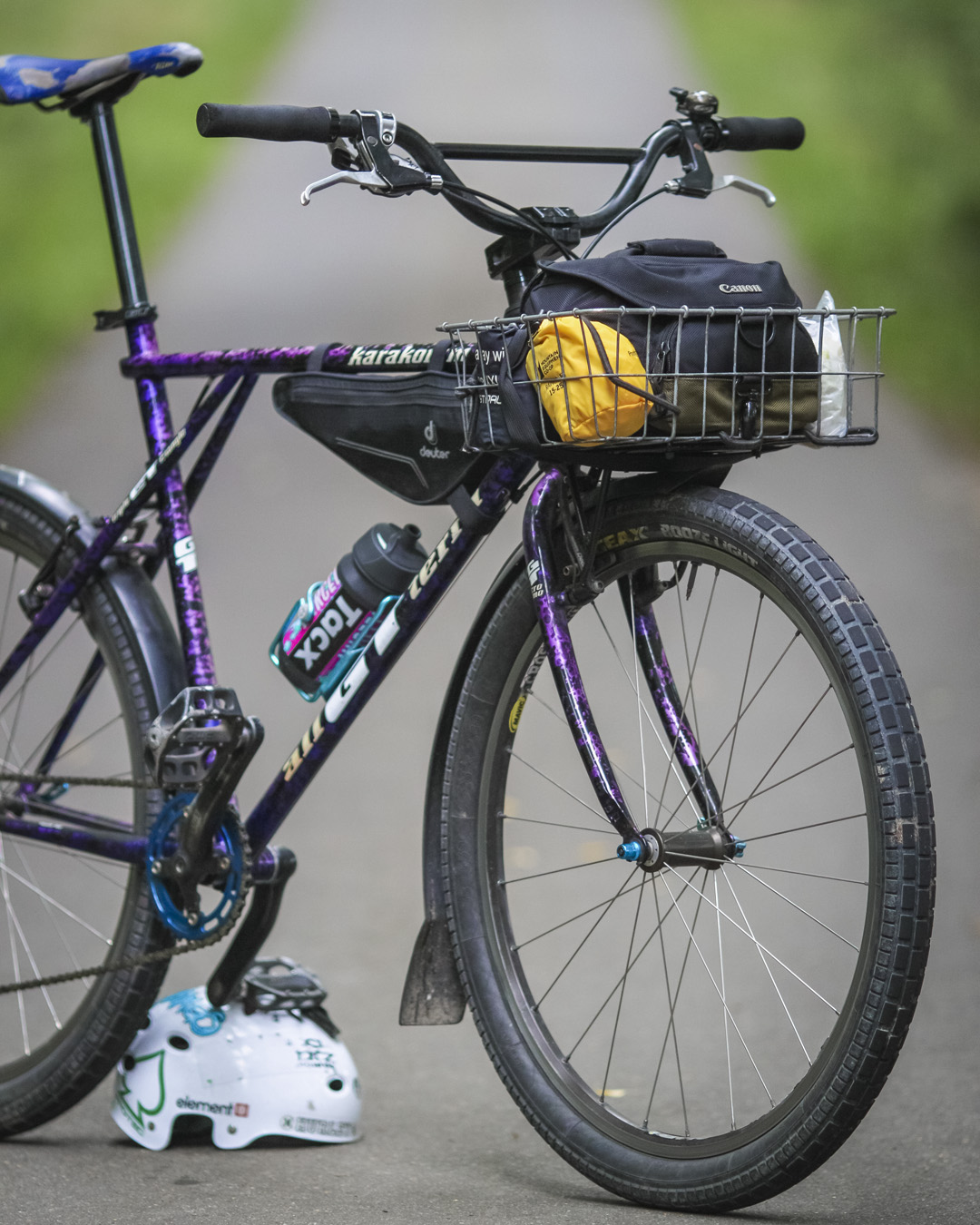 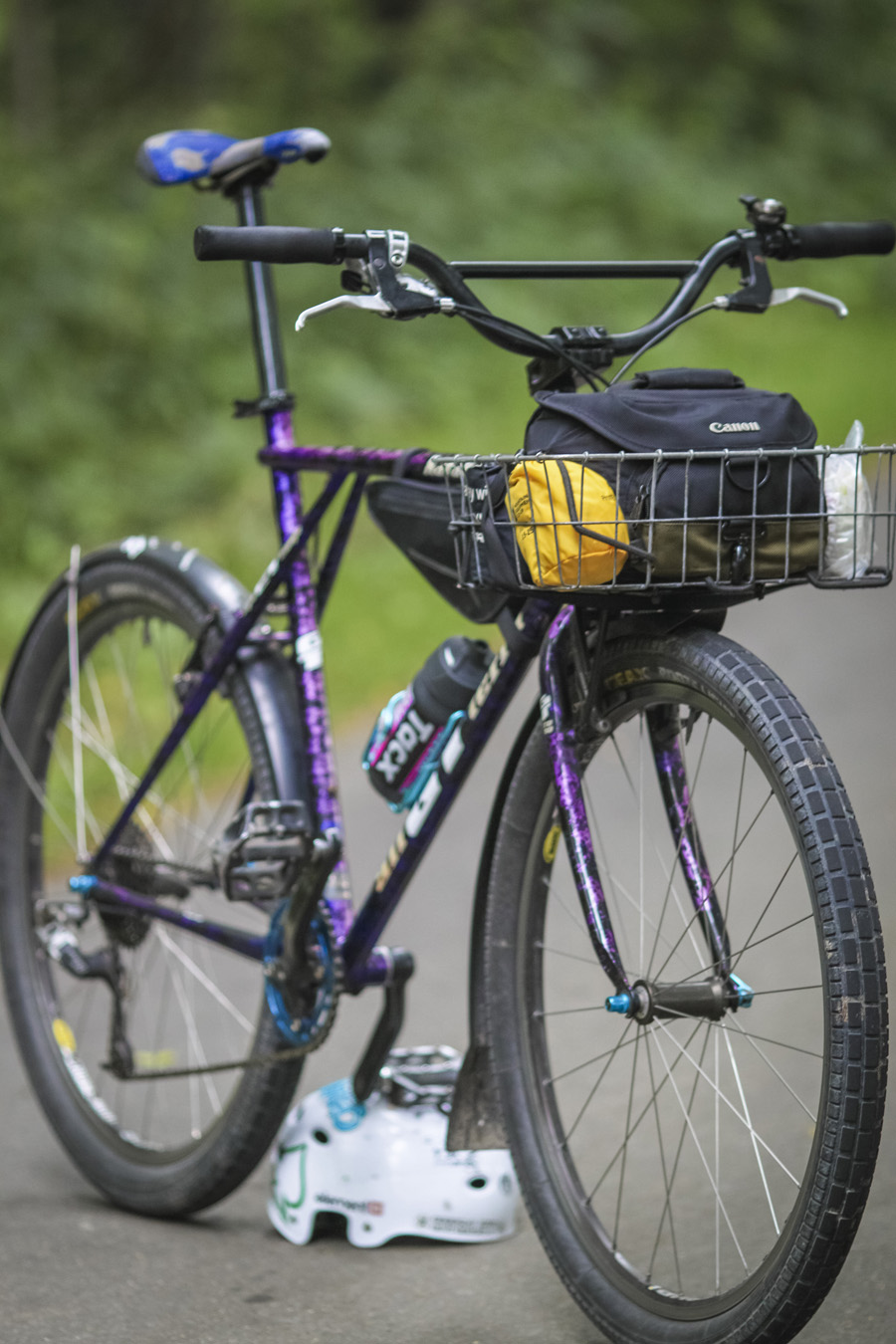 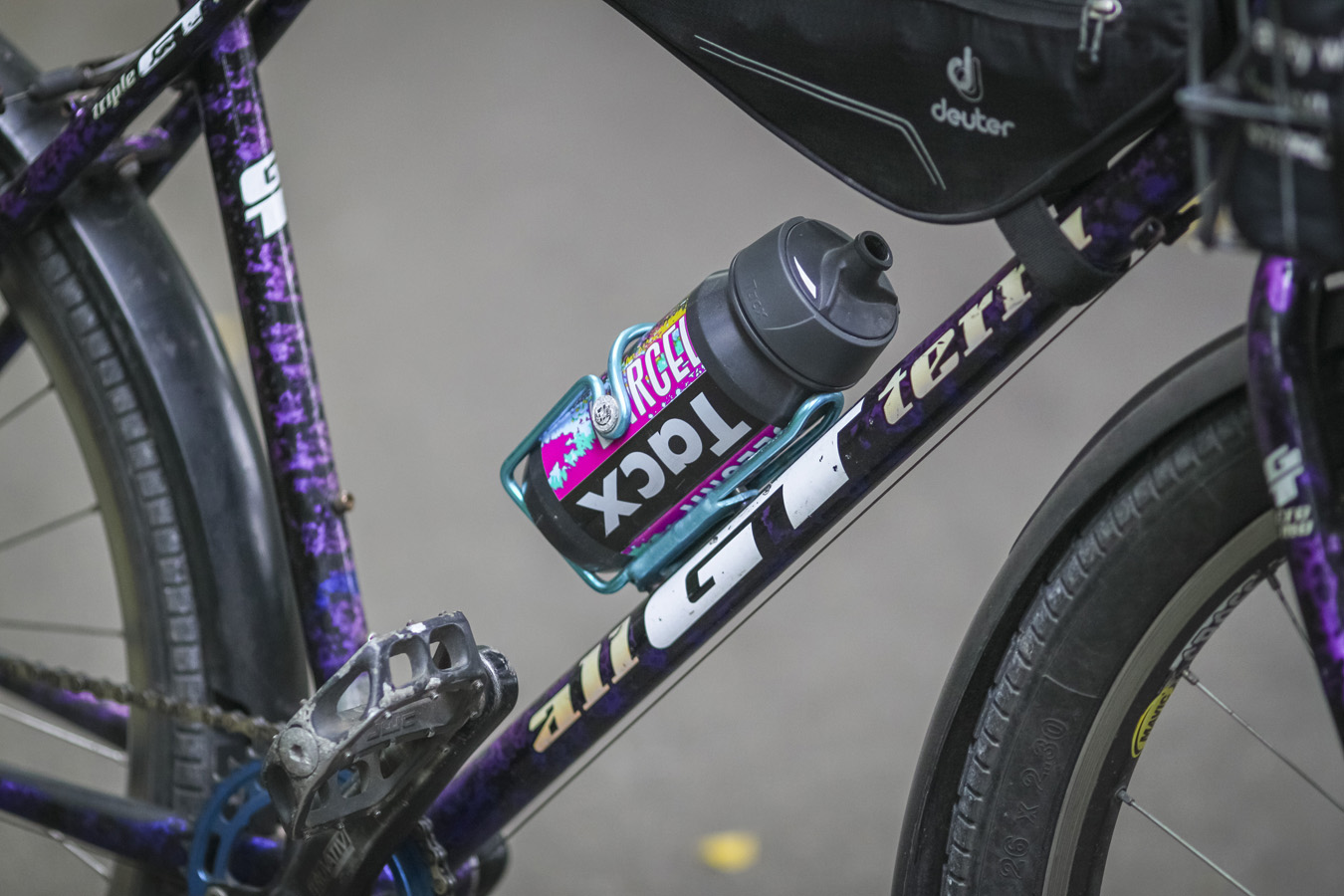 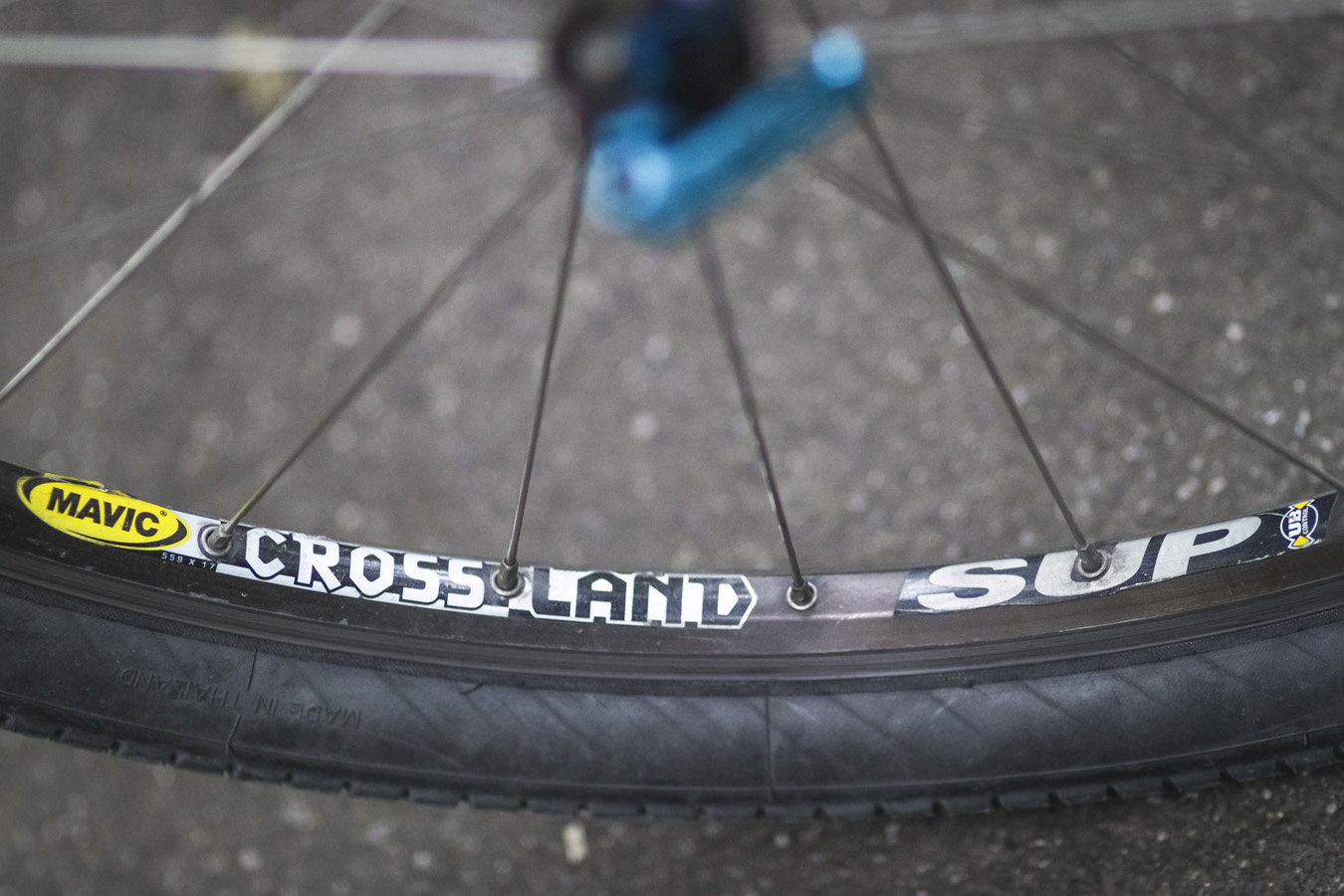 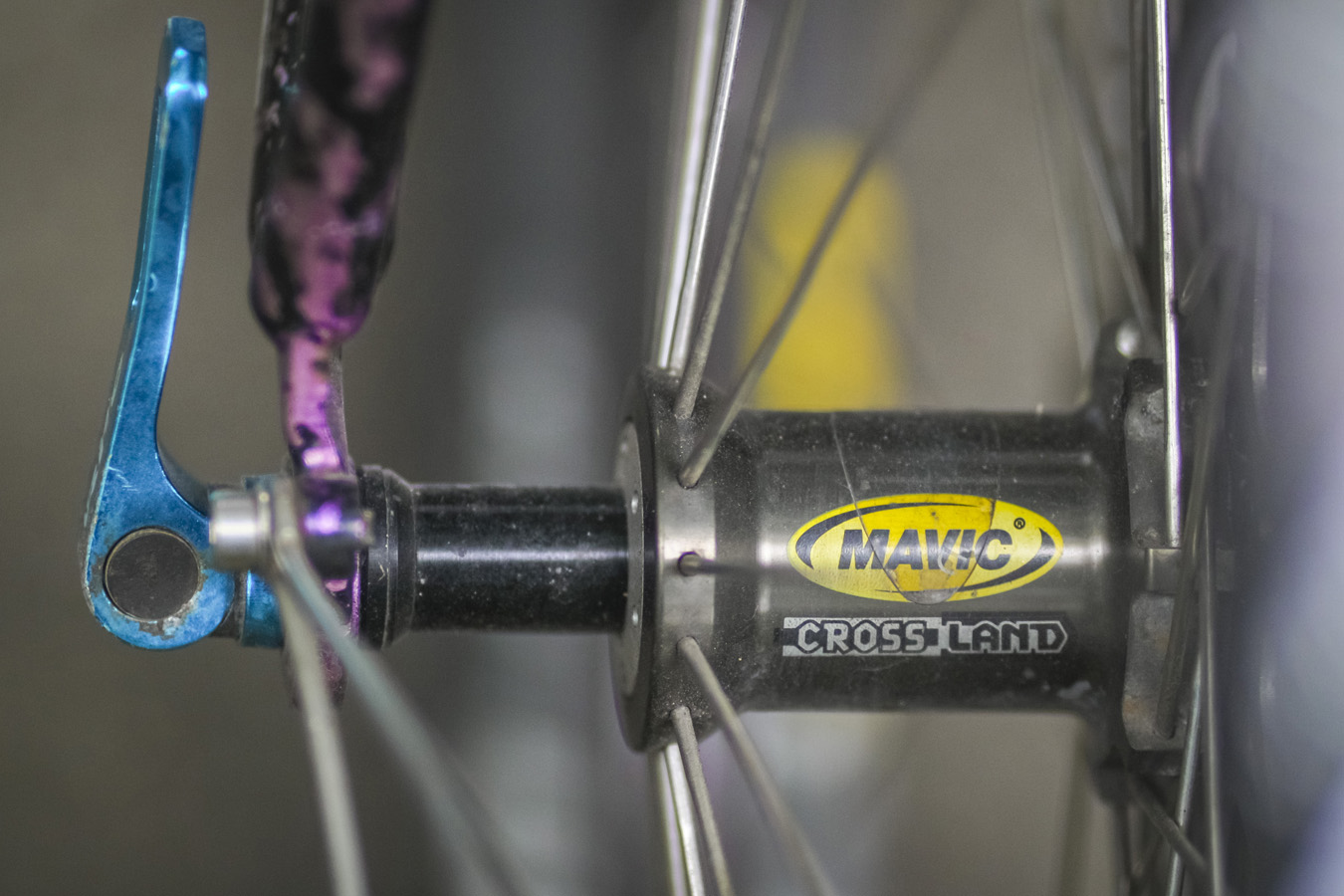 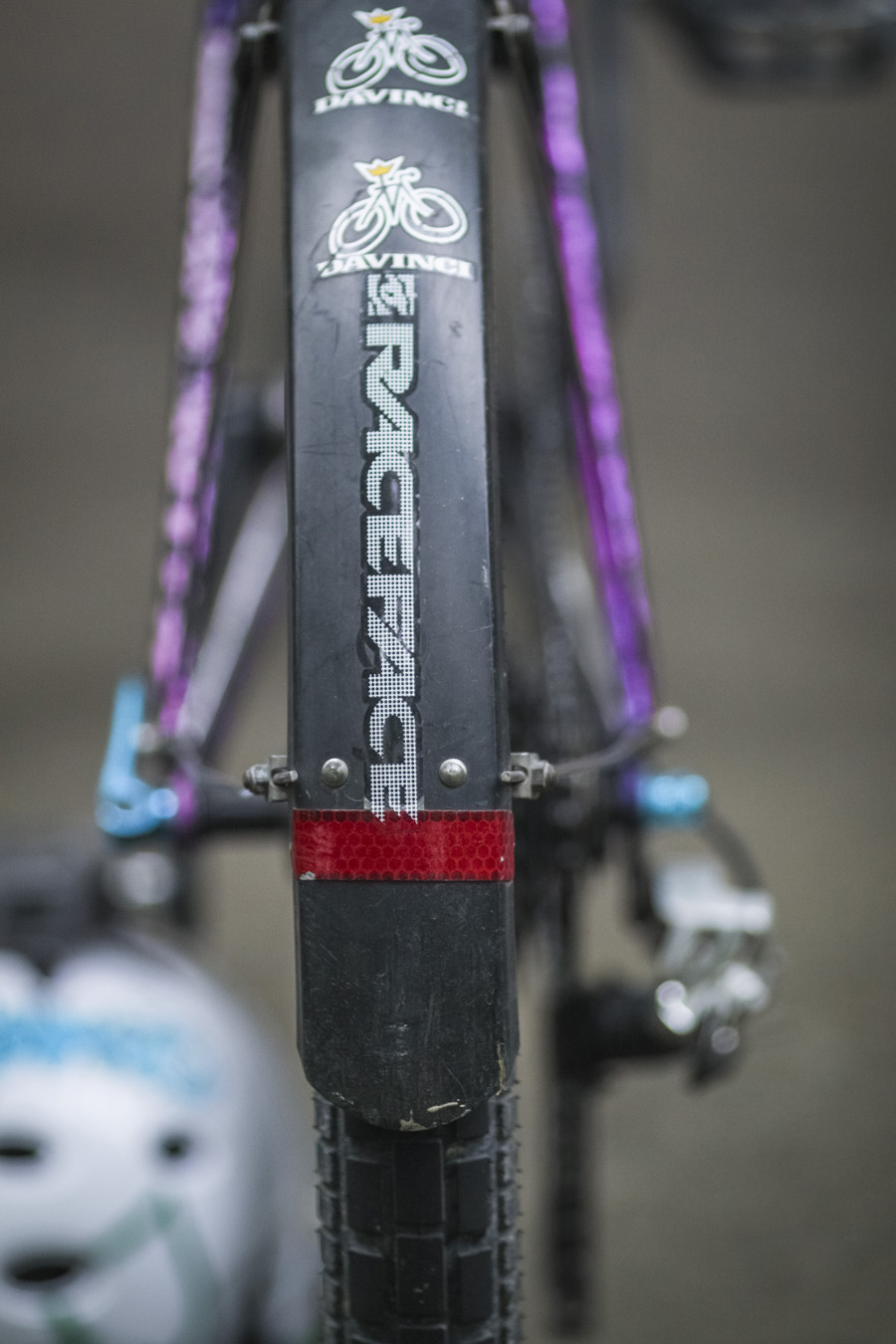 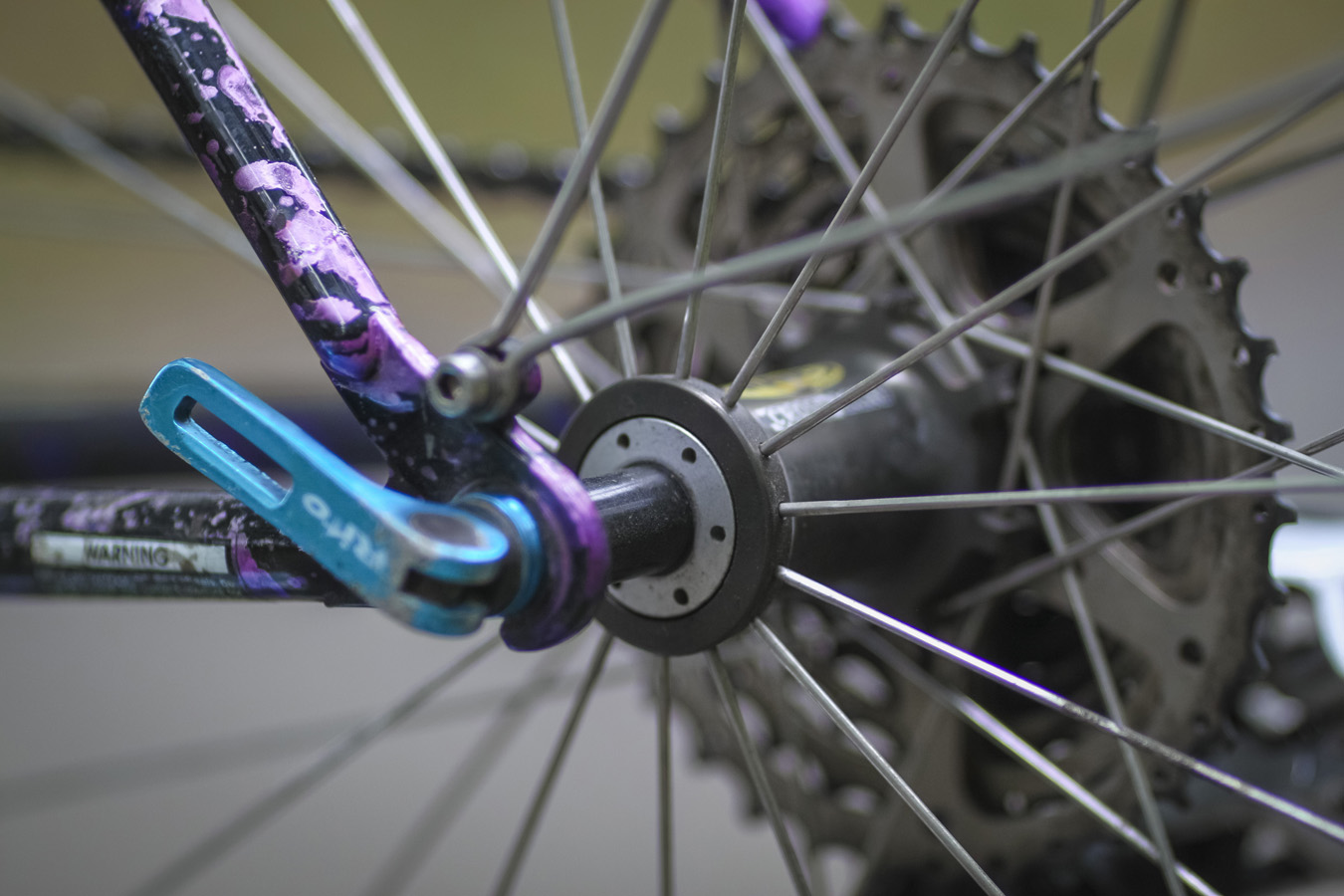 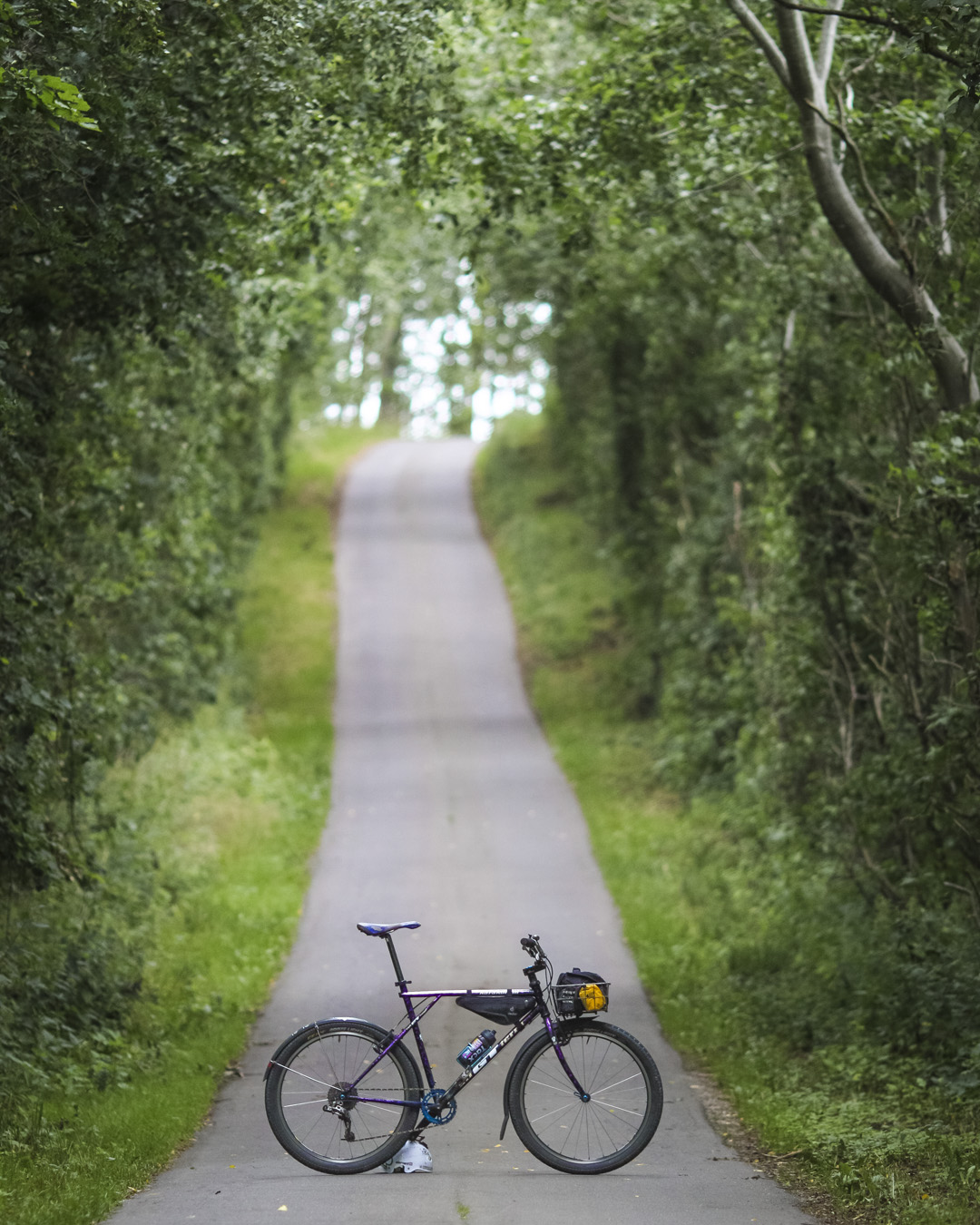